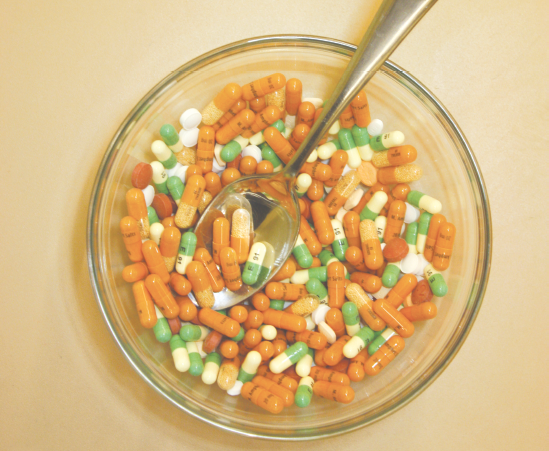 1. The pills worked: no one could deny that. They kept pilots awake for 36, even 48 hours at a time—kept them alert and focused. They were perfect for staving off fatigue on longer missions. They were known as ‘go pills’—a military colloquialism for dextroamphetamine tablets. And they worked. Until they didn’t.

A pilot on go pills would sometimes, after the first 24 hours, feel a strange fog set in. It wasn’t fatigue, exactly: No, the pilot wouldn’t feel sleepy in the least—in fact, he’d feel wired. But all mental acuity would be gone. His focus would be shot to hell. His head would be buzzing—his mind running at full speed, but running in circles.

Which kind of explains what Air National Guard Major Harry Schmidt had to say about the night of April 17, 2002—the night he dropped a laser-guided bomb on Canadian soldiers conducting anti-aircraft exercises near Kandahar, Afghanistan. What Schmidt had to say—to Airforce Lt. General Bruce Carlson, at a military disposition on the incident—was that he’d been on go pills, and felt serious mental exhaustion. That he was operating at diminished capacity.

2. When prescribed to civilians—normally for Attention Deficit Disorder—dextroamphetamine is called Adderall. This is a story about its use in that capacity: about Adderall. I started it with an anecdote about the drug’s use in the military because the Tarnak Farm Incident (named for the rural outpost where the Canadian soldiers were killed,) because it illustrates, in the least ambiguous terms possible, a truth about dextroamphetamine—about its use in any capacity, be it military or medical: the stuff works brilliantly, until it doesn’t.

No drug used to treat ADD is effective in quite the same way Adderall is effective: Dextroamphetamine creates a kind of temporary monomania that gives a person no choice but to focus on his work, and combines it with a rush of energy that grants the endurance to finish it. Again: The pills work and no one can say they don’t.

But: No drug used to treat ADD is malignant in quite the same way Adderall is malignant. Studies have shown dextroamphetamine to be more addictive, and more potent, than cocaine. Further, the drug’s potential for recreational use is high, and its abuse is widespread: Adderall creates a two-to-four hour window of complete, euphoric wakefulness—it is, in this sense, basically what caffeine aspires to be. Chemically, dextroamphetamine is identical to speed, and quite similar to methamphetamine, (Though meth, unlike Adderall, is neuro-necrotic and just, qualitatively, fucking awful.) Yet it’s one of the most widely prescribed medicines in America. Over 17 million prescriptions for the stuff were written in 2011 alone.

Crank has become socially acceptable. This is a story about what that means.

3.“The crash is a real bitch,” says Josh Self. Self is a senior at the Ohio State University, a major in geology. When he stopped taking Adderall in winter of 2010, it had been twelve years since he was first prescribed the drug for mild ADD.

“You feel depressed,” Self continued, “and angry; and you don’t realize that it’s just because you’re coming down [from Adderall.] You just think your life is actually shit.” This, Self says, is one of the things that compelled him to quit Adderall. Another factor in his decision was his complete dependence on dextroamphetamine to do any schoolwork at all: “I needed it for everything,” he says. “For homework, for papers, for taking notes in class—everything.” This was true addiction.

Worse still was what Adderall did to Self’s moods. The medicine caused extreme emotional lability while, at the same time, limiting emotional range. Self vacillated between two poles: on Adderall, and off it. “When I was on Adderall, I felt fine. I was happy. When I wasn’t on Adderall, I was miserable.” When he realized the sway amphetamines had over his feelings—his personality, even—is when he decided to quit.

Withdrawal was an experience somewhere between harrowing and horrific. “I was sleeping all the time,” Self says. “And when I wasn’t sleeping, I was busy hating everyone. I was always pissed off and sad.” The worst thing, though, was how heavily his brain had relied on Adderall for all cognitive functions. “I felt stupid,” he recalls. “My concentration was totally blown: I couldn’t focus on anything. I couldn’t think. It was just, like, white noise.”

It took maybe four or five months for the white noise to abate. Josh Self remembers them as some of the hardest months of his life.
Columbus, Ohio-based psychiatrist Hernan Schmidt (no relation to Lt. Maj. Harry Schmidt) has worked with several dextroamphetamine addicts; and he says cases like Self’s are far too common. “You see that a lot in the addicts,” says Schmidt. “The feelings of diminished mental capacity, the fatigue, the irritability. They’re all classic indications of amphetamine withdrawal.

“Drugs like Adderall,” Schmidt explains, “flood the body with dopamine. And when a person stops taking Adderall, or stops using cocaine, they’re left with a serious dopamine deficiency. In this sense, addict’s brain chemistry becomes, for a while, very similar to that of a person suffering from major depression.”

So why, then, is Adderall—by all accounts a very addictive, very hard drug—so widely prescribed, oftentimes to children? According to Schmidt, ignorance on the part of the people writing the scrips. “I think a lot of physicians—a lot of pediatricians—don’t really know what they’re prescribing,” he says. “I mean, they know what amphetamine salts are, know their mechanism of action, know they come with a high risk of dependency. But because so many of their colleagues prescribe Adderall, they assume it can’t be that bad.”

Another reason? No ADD medication works half as well. Schmidt has himself prescribed Adderall on several occasions because, according to him, “For a lot of people, it’s a great drug. It delivers demonstrable results, and delivers them almost immediately. Consistently, too The pills do their job.

“But,” he continues, “the people Adderall benefits are, almost invariably, people with no family history of addiction—with a low risk of dependency on any substance. Which is why I’d never prescribe Adderall to someone without first determining how likely they are to become dependent on the drug, or to abuse it. It seems like a really basic precaution, but a lot of doctors don’t take it.” Dr. Schmidt pauses. He sighs. Then, he speaks again: “And that seems pretty reckless to me.”

Without Adderall, I feel utterly incapacitated. Feel a marrow-deep helplessness, all-encompassing and intractable and damn scary. This is addiction.

4. Justice Apple is a junior at Bard College, and she doesn’t understand the fuss over Adderall, which she’s been prescribed for the past three years. “It’s always worked for me,” Apple says. “I don’t take it every day. Just when I have a test I have to study for, or a paper to write. And I never take it during the summer.” Asked if it’s difficult for her to stop taking it during the summer—if those first few weeks without it are in any way unpleasant—she cocks her head slightly and looks puzzled: “Difficult how?” Apple asks. “I don’t need it during the summer, so I don’t take it. How would that be difficult?” For some people, I tell her, it’s hard. Some people get addicted to Adderall. “I knew that,” she tells me, looking a little incredulous—a little annoyed at being patronized. “Of course I knew that. I just don’t get addicted to it. Or I haven’t.”

But plenty of people do. Seriously addicted. She is cognizant of that, right?

“Yes, yes. But how is that pertinent? Adderall works for me. Well. It’s much easier for me to focus with Adderall. But it’s not as if I can’t focus without it. Isn’t that what this interview is about, Ben?” I am sitting in front of my computer, watching my ex-girlfriend furrow her brow at me. I shouldn’t have agreed to a Skype interview with Justice. No one can assume an expression of deep, contempt-tinged annoyance quite like Justice Apple. And no expression in the world can so readily incite a breach of journalistic protocol.

I’m well aware one should not yell at his interviewee. I’m well aware, and I’m yelling all the same. “You’re being fucking flippant, Justice! You’re being callous!” I slam my laptop shut and realize immediately thereafter Justice was being neither/nor. Then again, she’d touched a nerve. Adderall’s a sore subject for me.

Question: Does writing about a drug to which you’re addicted—cripplingly, hopelessly addicted—qualify as a breach of journalistic protocol, too?

5. I don’t feel Adderall anymore. I know I did four years ago, when I first started taking the pills. But I don’t anymore. Now, all I feel is its absence. Without Adderall, I feel utterly incapacitated. Feel a marrow-deep helplessness, all-encompassing and intractable and damn scary. This is addiction.

And this is personal. This story: it’s more personal than I’ve wanted to admit, anyway, more personal than I feel investigative journalism should be. But there’s a peculiar emotional electricity at work here, and it’s impelling me to write. These words are charged. They bristle with vague desperation. I can’t deny that any longer.

But I’m not writing about myself, exactly. I’m writing about something to which I myself can attest: Adderall is ambivalence in pill form.
6. It’s theme that’s run throughout this piece: Adderall is undeniably successful in treating ADD, and this success often—but not always—comes at an undeniably dear price. Adderall is helpful until it’s harmful. Adderall works until it doesn’t. So, what conclusions can be drawn from this fact about the nation’s most popular amphetamine?

I can’t say physicians and pediatricians and psychiatrists should stop prescribing Adderall: Cases like Justice Apple’s prove it can work just as it’s expected to, prove there’s sometimes nothing malign about dextroamphetamine at all. But what I can say is doctors should exercise far more discretion than they presently do in prescribing Adderall. I can say because I know. Because I am enervated. Because addiction to Adderall means spending every waking hour reconciling opposing forces—high and crash, focus and abstraction, confidence and self-doubt so vicious it might as well be fanged. Because this is hard work, work from which there’s no possibility of reprieve. And it’s sapped me. Others, too. Adderall can leave a person exhausted and afraid. Or not. Depends.

Just handle it with care.

7. Stories of addiction are often stories of redemption. They traffic in hope. My story isn’t, and it doesn’t. Not yet. I intend to stop taking Adderall over Winter Break, to stop and never start again. But Winter Break is a week away.

I’ve taken 120 mg of Adderall today alone. That’s what went into writing this thing. More will go into editing.