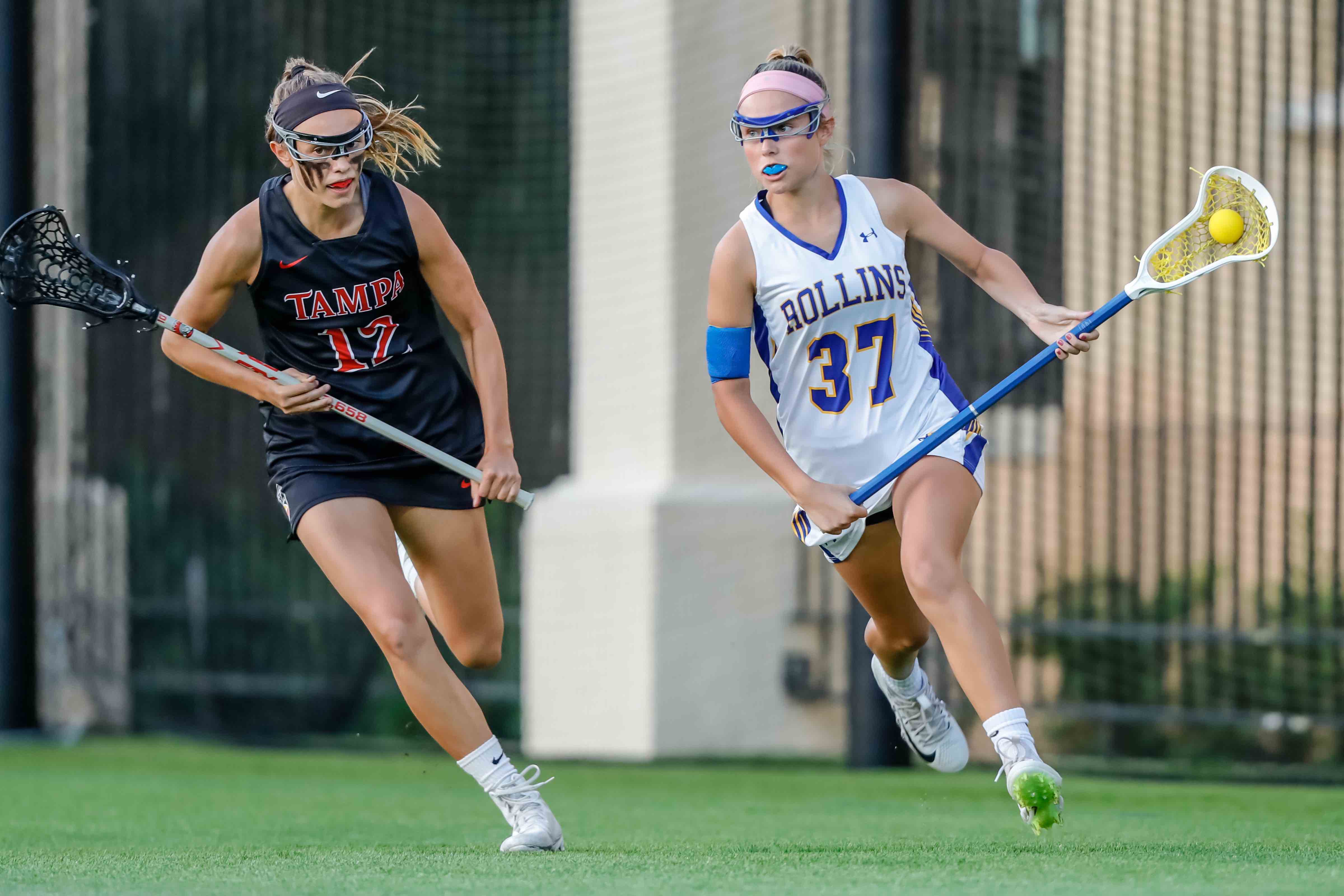 Women’s Lacrosse to face No. 1 team in nation

The Women’s Lacrosse team has kick-started their season in typical dominating fashion, with a 3-0 record. On Sunday, the Tars are set for a thrilling encounter as they host Adelphi University, the number one Division Two team in the country.

In their most recent encounter, Rollins defeated no. 23 Saint Leo by a scoreline of 19-10. Hannah Ashton (‘20), who scored five goals against the Lions, sees teamwork as the key to succeeding against Adelphi and beyond:

“When everyone from coaches to players are on the same page, we are such a strong unit,” explained the veteran attacker, one of the distinguished members of the Rollins squad. “I also think that since our team is so close, we are able to have so much fun and transfer that bond to success on the field.”

“With a game like this, it always causes some nerves, but they are good nerves,” said goalkeeper Gabby Tanner (‘21).

The junior from Chalfont, P.A., who earned National Defensive Player of the Week honors after the game against Leo, emphasized the importance of the match as the first home game of the year.

German graduated as the all-time top-scorer and point leader of the program, and van Beck broke the record for the most career turnovers. Yet, with a strong freshman class and the transfer of midfielder Liz Fahey (‘21) from Highpoint University, there seems to be little cause for concern.

Ashton is fond of the memories she made playing alongside prolific scorers such as German or Paige Brock (‘18), but she is assured that the Tars’ attacking options remain adamant threats to the opposition.

Tanner, on the other hand, expressed her admiration for the way her teammates, who have stepped up to fill the shoes of a big graduating class. All-American midfielder Lily Rizk (‘20), for instance, will be looking to supply goal galore and leadership as the season unravels.

Caroline Gastonguay (‘22) has had an explosive start of the season following her impressive freshman campaign. The attacker scored seven goals and made three assists in this season’s first three games. Another sophomore, Piper Trattner (‘22), was chosen Conference Defensive Player of the Week earlier this month.

“Our team dynamic this year is unlike any other year I’ve been here. We are all so close and I have seen that transfer over to the field effortlessly in our first three games,” Tanner said.

Last year, the Tars posted a 10-0 start, their second best in history, but their National Collegiate Athletics Association (NCAA) journey was cut short in the quarterfinals with a loss against Florida Southern University.

For Ashton, it is redemption time: “The way our season ended [last year] is a really big motivator because we know that we have the ability to make it even further.”

Every year, the Tars set the goal of bringing the national championship to Winter Park. Ashton is willing to do whatever it takes.

“It’s really exciting as a senior to get one more opportunity to make it all the way!” said Ashton.

This team’s championship fever is contagious.