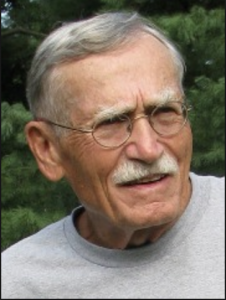 Poet and fiction writer Peter Meinke will be visiting Rollins College to participate in this season of Winter With the Writers. Meinke will teach a Master Class on Thursday, February 9, at 2:00 p.m. in the SunTrust Auditorium. During this class, Meinke will conduct a workshop using short stories and poems submitted by the interns, which can be found on the Winter With the Writers website under Meinke’s page. Later that evening at 7:30 p.m. in the Bush Auditorium, he will perform a joint reading, on-stage interview, and book signing with David Kirby.

These events are open to the public and free to attend, and parking is available in the SunTrust Parking Garage.

Meinke is the Poet Laureate of Florida; his career is extensive, and he has been the recipient of numerous awards. He worked as a professor at Eckerd College where he directed the Writing Workshop; he has also been the Writer-in-Residence at many other colleges.

His work has appeared in a variety of literary magazines, including The New Republic and The New Yorker. Some of his awards include two NEA Fellowships and three awards from the Poetry Society of America. Recently, the William Meredith Foundation presented him with the 2017 Award for Poetry, and in 2015, he received the SunLit Festival’s Lifetime Achievement Award. His first collection of short stories titled The Piano Tuner earned the Flanner O’Connor Award, and he has two O’Henry Awards.

Meinke is a writer of great range who focuses on dark themes while also maintaining a sense of positivity. In his eighth installment of the Pitt Poetry Series Lucky Bones (2014), Meinke utilizes a variety of poetic forms to communicate concepts, including death and politics, while grounding them in concrete moments captured in verse.

Likewise, in his most recent book, The Expert Witness (2016), Meinke provides his readers with a collection of short stories that occur in different time periods to communicate individual struggles as well as global issues. From “Hildenbrand,” which follows the life of a social misfit in love with a princess, to “Fulfillment Day,” which explores a dystopian future where everyone is put to death at age 85, Meinke creates stories containing fantasy elements as well as tales focused on realism; his ability to craft unique scenarios makes his work a pleasure to read.

Mainke is the author of many other works, including children’s books like The Elf Poems (2015), which was illustrated by his wife Jeanne Clark. 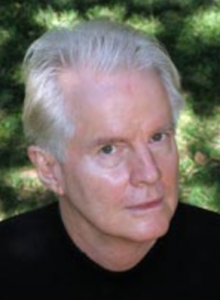 Rollins College is also proud to welcome David Kirby, professor at Florida State University and celebrated poet and author, this upcoming week for the Winter With the Writers series.

His latest poetry collection, Get Up, Please, showcases his poetic talents by way of poignant life lessons amid incredibly vivid descriptions. Kirby will be leading a Master Class at 4 p.m. on Thursday, February 9 followed by a joint reading with the poet and author Peter Meinke at 7:30 p.m.

The texts up for discussion include David Kirby’s aforementioned Get Up, Please as well as the instructional book Writing Poetry: Where Poems Come From and How to Write Them.