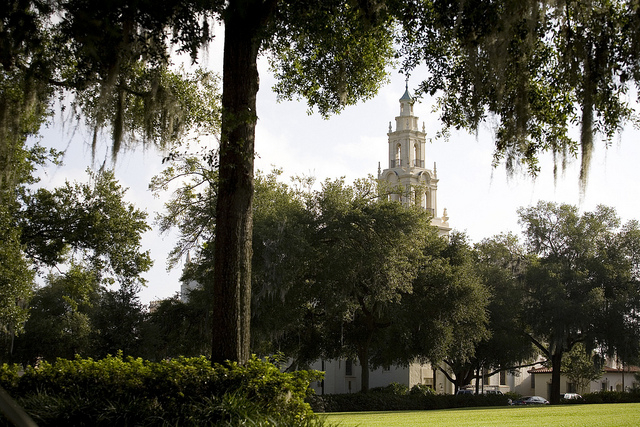 Over 230 people sent letters, accompanied by the hashtag #TarsDontDiscriminate, to President Grant Cornwell asking him to uphold the non-discrimination policy and say no to Cru. Moreover, the President also received a petition in support of Cru, which had 119 names attached. Both petitions can be read in their entirety here.

Controversy and debate surrounding the topic continues to swirl. On one hand, Cru’s values, which prevent gay students from holding leadership positions, violate the non-discrimination policy. At the same time, the policy prevents a large group of students from freely practicing their religion, and therefore could also be interpreted as discriminatory.

The Student Government Association passed legislation in a 24-4 vote in their meeting on Wednesday, Sept. 26 that their organization would support the non-discrimination policy and that SGA’s Diversity Council would form a letter to send to President Cornwell about their stance and the negative effects of allowing Cru on campus.

The legislation was proposed by Kalli Joslin (‘19), the LGBTQ senator for SGA and the co-creator of the system that students used to send the anti-Cru protest letters to Cornwell.

Nagina Chaudhry (‘19), president of SGA, said that no members of Cru were at the meeting to present their side. She said the senators’ votes were based off the information provided by Joslin and The Sandspur’s article.

“We stand with the belief that discrimination has no place on our campus,” said Chaudhry.

The Sandspur contacted multiple members of Cru and InterVarsity, but they either declined to comment or could not be reached.

The Diversity Council, which is a group of people who promote cultural awareness and inclusiveness, and report directly to the President, held an executive meeting last Friday to discuss the policy. The council held an anonymous vote to see where the group stands on the topic but would not disclose the results.

“In our executive session, we strategized ways in which we might facilitate more dialogue around this topic on campus,” said Maridath Wilson, co-chair of the council.

These strategies include auditing peer institutions’ policies and hosting three seminars for staff and faculty, which will be faciliated by members of the Diversity Council on the following dates: Thursday, Oct. 18 at 2:30 p.m.; Friday, Oct. 19 at 2 p.m.; and Tuesday, Oct. 23 at 12:30 p.m.

In terms of a decision-making process, President Grant Cornwell said he will continue to talk with people and student groups to hear their perspectives, and he trusts that “critical, compassionate dialogue will take place in many quarters, as it should.”

Cornwell also said he will brief the board of trustees on the issues and that no decision will be made at this time. The trustees are scheduled to come to campus this week.

When asked if the decision was imminent, Cornwell said, “It is not. I know there seems to be a sense of urgency on campus for a decision. The only thing I am sure of right now is that this is not a matter to rush to judgment. I think, as a campus, we have more thinking and listening to do, and that, indeed, this difficult conversation is exactly what we are here to enable.”

When asked if a prominent alumnus or trustee is influencing his decision, he said: “I am being influenced by the principles alone and the voices on campus. Trustees are engaged because they care deeply about this college, but in no sense are they trying to influence direction. My duty is first and foremost to the integrity of the mission, to the campus and its students, faculty, and staff.”