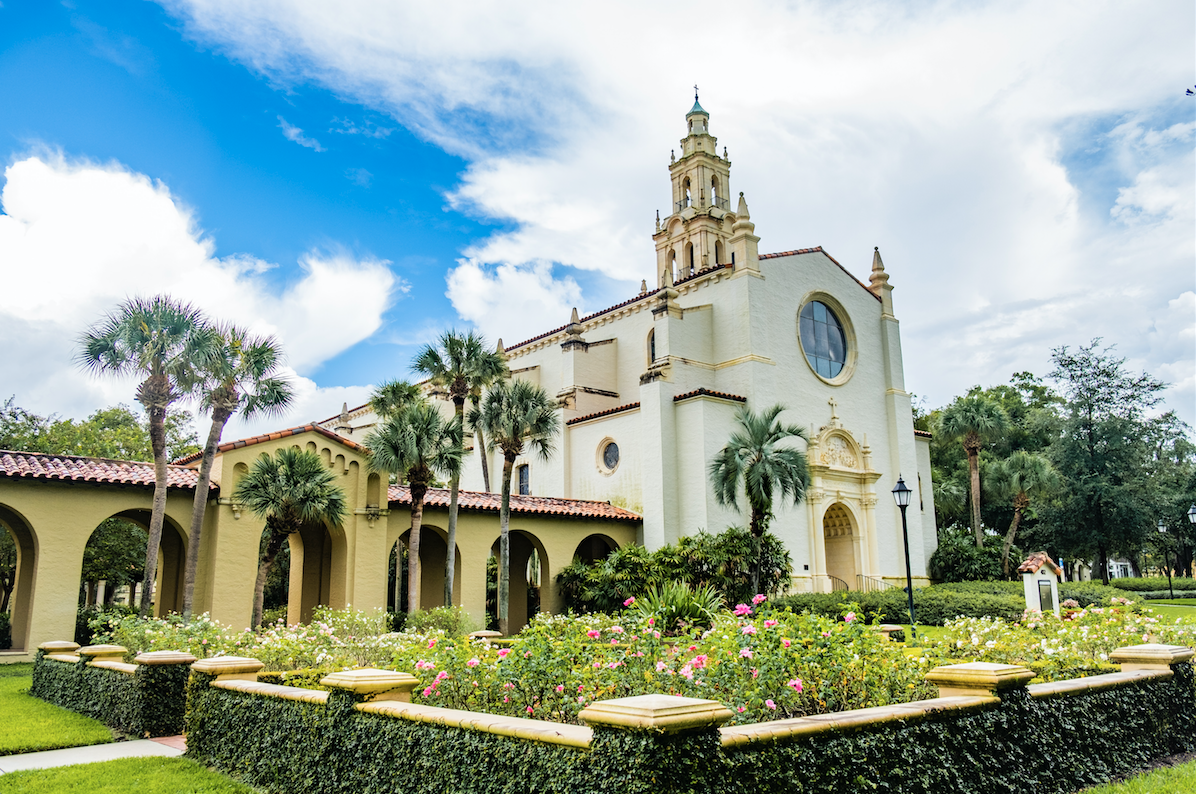 An evangelical Christian group that was denied last spring to be a student organization has re-applied to join campus. It was denied out of concerns that the organization’s values prevent gay people from becoming campus leaders, which is a violation of the college’s non-discrimination policy.

President Grant Cornwell is considering whether to allow the Orlando-based Cru, formerly known as Campus Crusade for Christ, to become a registered student organization.

“I’m still in search of a process that will allow us to openly listen to all of the stakeholders,” said Cornwell.

Cru submitted an application to be a registered student organization last spring; however, the Center for Inclusion and Campus Involvement denied their application because Cru’s requirements for student leaders do not align with Rollins’ non-discrimination policy.

Abby Hollern, director of the Center for Inclusion and Campus Involvement, said that during her department’s meeting with Cru last spring, the students were asked if a gay person could be a leader and they said no.

“We want student organizations to be here, they just have to abide by the non-discrimination policy,” Hollern said.

From there, Cru took their application to Cornwell. Cornwell said he met with members of Cru, members of Spectrum, an LGBTQ organization, faculty and administrators to discuss bringing Cru on campus.

“I do think the non-discrimination policy has merit,” said Cornwell. “Maybe it isn’t perfectly worded, but the sentiments and principles are core to our mission and very important to me.  But at the same time, it does trouble me that we have groups of Christian students who want to identify as such and pursue the study of their faith but that they have to do so off-campus because we don’t formally recognize their organization. That just doesn’t feel right to me. A truly inclusive campus should also be inclusive of all faith traditions.”

According to Cornwell, many think that formally recognizing Cru as a campus organization would require changing the non-discrimination policy. “On this account, I would have to change the status quo. If I do nothing, then the current policy stands,” he said.

Others on campus are very concerned with the potential changes. “I have no issue with Christian groups at all,” said Dr. Jill Jones, associate professor of English. “I do have an issue with a Rollins student group getting our actual support in discriminating against any student who genuinely wants to be a part of that group.”

“I don’t think you get to have it both ways,” Jones said. “You don’t get to say, ‘We don’t discriminate’ and then say, ‘Oh, you can discriminate.’ It’s one or the other.”

As one of the largest Christian organizations in the United States, Cru has active groups on 2,300 campuses.

“Our purpose is helping to fulfill the Great Commission in the power of the Holy Spirit by winning people to faith in Jesus Christ, building them in their faith and sending them to win and build others and helping the body of Christ to do evangelism and discipleship,” Cru’s website reads.

Fraternities and sororities are the only organizations that do not have to abide by the nondiscrimination policy, as they are exempt by Title IX.

Cru’s constitution also includes a non-discrimination policy, but Rollins is concerned that Cru’s statement of faith could influence the admission of new members or the selection of student leaders.

Student leaders of Cru must abide by the statement of faith, which is a set of 17 promises that range from believing there is one true God to not engaging in premarital sex.

“Cru has student leaders with different sexual orientations,” said Laura Tobin, a potential student leader of Cru at Rollins. “We allow any involved student committed to the purpose and mission of Cru to go through the process of leadership selection and then potentially hold a leadership position.” When asked directly, Tobin did not clarify whether homosexuality aligns with the purpose and mission of Cru.

“As we seek to bring Cru to campus, we are looking forward to being fully part of the community. I love the campus and the rich diversity here. I know that groups like Cru will only add to the richness of the community,” Tobin said.

Tobin first got involved in Cru at the University of Central Florida. “I started attending Cru at UCF freshman year since Rollins has no Christian organizations on campus. Cru at UCF has been amazing because it brings students together to learn more about God and grow. It’s not about the club, it’s about God,” she said.

“There are a lot of issues on campus we are all concerned about—rape, suicide, drugs, promiscuity—there is hope. Christians are supposed to have an impact on the world in which we live,” Tobin said in an email.

Rollins does currently have Christian organizations operating on its campus. There are three of them: Catholic Campus Ministry, Every Nation Campus Ministries, and Leaders United in Christ (LUX).

The college’s hesitation may also stem from an incident in 2013 when InterVarsity Christian Fellowship, another national evangelical organization, was kicked off campus after prohibiting a gay member from holding a leadership position. This was a decision upheld by the board of trustees.

InterVarsity is still at Rollins, just not as a registered organization. Members can be found tabling across the street on move-in day or conducting bible studies in their dorm rooms. They just cannot reserve campus rooms or receive funding.

At the national level, Cru and InterVarsity work closely together. In January, they launched a partnership called Every Campus, which aims to bring their organizations to the more than 3,800 campuses that have no known Christian movements. Their focus is on smaller state schools, community colleges, historically black or tribal colleges, and liberal arts colleges like Rollins.

Their goal is a student ministry on every campus by 2025.

Tobin said that Cru’s quest to join Rollins is not a part of the Every Campus movement.

Under the non-discrimination policy, any student, regardless of their identity, can be involved in and lead an organization. Technically, this means that someone of Christian faith can lead Muslim Student Union and vice-versa. Other religious organizations like Mecca, the Middle Eastern Cultural and Cuisine Association; Hillel, the Jewish student organization; Desi, the South Asian culture club; and the other Christian groups all abide by the policy.

“I think the college’s thought process is, if you’re not allowing people who have differing opinions than you, how are you learning from each other?” Hollern said.

Mamta Accapadi, vice president of Student Affairs, echoed that statement: “How often do you have the chance to be surrounded with people so different than you, that you get to learn about their world views and cultivate a sense of empathy and compassion for perspectives that are different?”

Reverend Katrina Jenkins, dean of Religious & Spiritual Life, plays a unique role in the conversation, offering religious support to all students while remaining neutral in the process.

On Jenkins’ desk in the chapel sits a chalice, which is painted black and white with a section of grey dividing the two colors. On a recent weekday, Jenkins pointed to the grey section and said, “This is where Rollins is at,” in regard to the current conversations about religion.

“There are concerns on both sides… That’s normal, and they have the right to voice their opinions,” Jenkins said.