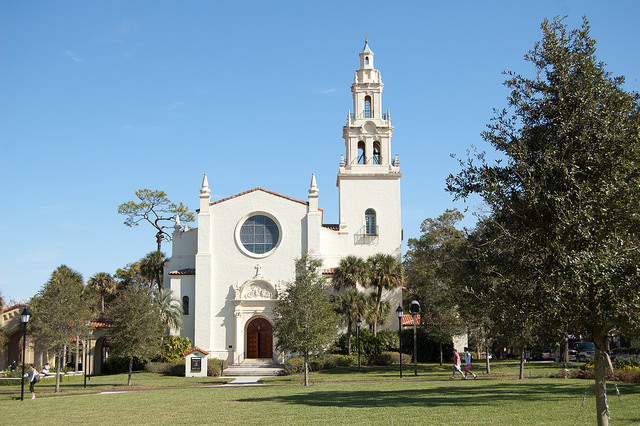 The following document shares the petitions President Cornwell received for and against evangelical Christian organization, Cru, becoming a registered student organization. The Sandspur did not make any edits to their content.

President Cornwell received over 230 letters via email, formatted and written as seen below, from people asking him to uphold the current non-discrimination policy and to not allow Cru or InterVarsity to become a student organization. The letters were sent via Action Network, an automated system, and the account was created by Kalli Joslin (‘19) and Sianna Boschetti (‘18).

The current Rollins College non-discrimination policy was upheld by the Board of Trustees in 2013 when evangelical Christian organization InterVarsity was removed from campus for discriminating against an LGBTQ student faith leader.

In The Sandspur article published on September 20, 2018, you stated that “it does trouble me that we have groups of Christian students who want to identify as such and pursue the study of their faith but that they have to do so off-campus because we don’t formally recognize their organization.” That statement disregards the fact that three Christian organizations already exist at Rollins and follow the non-discrimination policy: Leaders United in Christ (LUX), Every Nation Campus Ministry, and Rollins Catholic Campus Ministry. If Cru is recognized as an official student organization despite this fact, Rollins College would be directly funding discrimination on its campus when these students already have a multitude of communities open to them.

As a member of the Rollins community and a concerned global citizen, I urge you to please support our nondiscrimination policy and our mission statement by directly encouraging “opportunities to explore diverse intellectual, spiritual, and aesthetic traditions,” “responsible leadership,” “social responsibility,” and a “healthy, responsive, and inclusive environment.” Please say NO to Cru, and say NO to discrimination.

The following petition in support of Cru and InterVarsity was sent to President Grant Cornwell on Sept. 25. The petition had 119 names attached representing people who stand with the statement. Student members of Cru would not disclose who started the petition.

For many, Rollins is a home, a safe haven chosen by a wonderfully diverse population of aspiring scholars. Students have adopted this community as a place to explore the world around them, while resting in knowledge that the College is committed to supporting them in those things around which they build their unique identities.

A crucial part of the College has been the allowance of students to express their full identity through organizations and outlets on campus. Regrettably, this has not been the case at Rollins. Many feel as if they have not been able to express themselves wholly, especially in the light of the dismissal and continued denial of several Christian ministries to have a place on campus. While Rollins has a host of student organizations that reflect a wide variety of identities, from ethnicities to athletics to academic interests and many more, the rejection of evangelical groups, specifically interVarsity Christian Fellowship and Cru, has made us feel that we cannot rightly call Rollins an all-inclusive campus.

In response to the heightened conversations around evangelical representation on campus, we the undersigned affirm:

In response to these affirmations, we the undersigned ask that the appropriate parties, be they yourself or the Board of Trustees, take action to grant the provisions described in order to create a campus that is truly inclusive of its religious populations. We thank you for your time and your consideration.