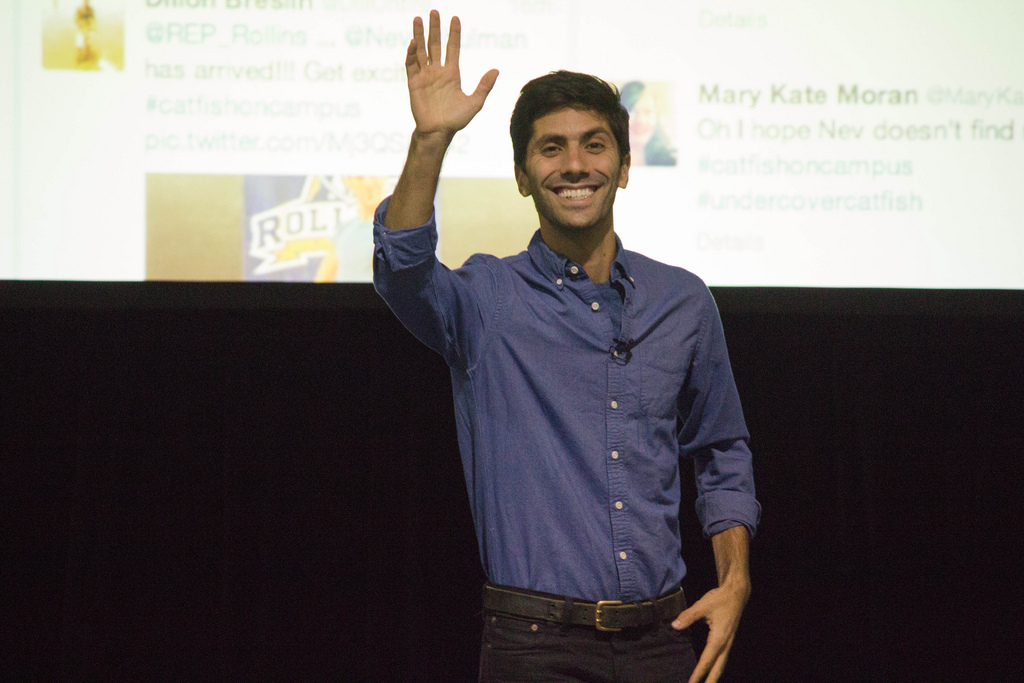 “My name is Nev Shulman and I am a catfish” stated the producer best known for his hit MTV reality show Catfish. The show aims to unite cyber lovers who have met and fallen in love online in hopes of furthering their relationships. Unfortunately more often than not, that optimistic outcome isn’t always the reality.

What would’ve seemed like one of the worst experiences, having one’s heart broken, actually ended up being one of the best things that ever happened to Nev and changed his life forever. After meeting a former “girlfriend” online who ended up not being the hot, 19 year old but a middle aged mom from Michigan, Nev took the experience and made into something that is familiar to all of us today. After finally coming come face to face with the girl he had been talking to, he was disappointed to find out that it wasn’t who he had believed to have been chatting up all along. One good thing did come out the situation though: her husband, a fisherman, told a story that still resonates with Nev today. He recounted that when the fishermen transported their cod to China, a time consuming process, the flesh would be very deteriorated and soggy by the time it arrived at its destination.  A tactic was created where the fisherman would place catfish in the same tanks as the cod to keep the cod constantly swimming and animated, in turn keeping their flesh strong and ripe. Her husband explained, “There are people in everyone’s lives who keep us active, always on our toes and always thinking.” After hearing this story from the husband of the woman he was once “in love” with, the term catfish was born.

Today, a catfish is described as someone who pretends to be someone they’re not by using Facebook or other social media to create false identities, particularly to pursue deceptive online romances. Ariel, Nev’s brother, and Henry, his longtime business partner, had just happened to be filming Nev when he first got an email from a 19-year-old girl named Megan. They found it to be quite amusing and decided to go with it and see where it would take them. As she began to send him videos of herself performing song covers, he soon discovered the exact videos on YouTube under a different username. Strangely perplexed, Ariel encouraged his brother to continue the relationship for the sake of finishing the documentary they had begun filming since Nev had started talking to this mystery girl. When they were finally faced with the truth, they ran with it and their documentary Catfish became a sensation.

Today, Catfish has become a huge success. Moving onto their 3rd season, Catfish has revealed the truth to so many who deserved to see it. From a simple occurrence that happened to a man with a camera that just happened to be in hand, maybe the word for it is just simply luck. Nev Shulman has made  a huge impact–from taking one small experience that changed his life forever by making it count for not only himself, but for the rest of the world.