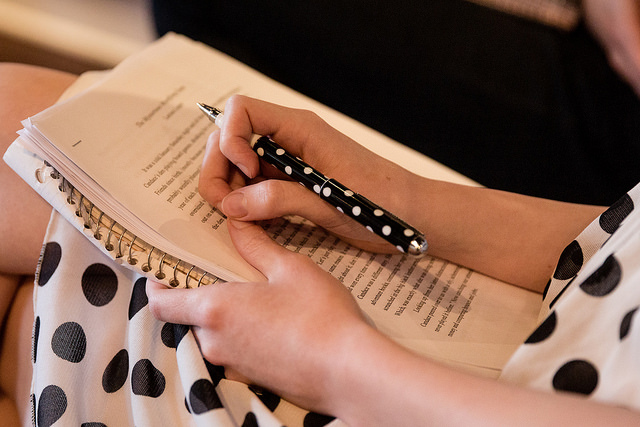 The Off-campus Student Association and the English department have worked together to spread gun violence awareness on campus through a haiku poem contest that leads into a commemoration event of the Columbine shooting.

The English department and the Sigma Tau Delta English Honor Society held a haiku contest with gun violence as its theme.

Jordan Boyd ‘20, a member of the Off-campus Student Association, came up with the idea and then approached Sigma Tau Delta about it. Boyd and the organization wanted to increase social awareness through poetry. The haiku contest was devised in response, and its theme was chosen in preparation for the upcoming Columbine Commemoration.

The Commemoration will be held on Friday, April 20 on Bush Lawn from 10 a.m. to 1 p.m. in remembrance of the Columbine High School Shooting of 1999. The Off-Campus Student Association, which is hosting the event, will provide details of school shootings that have happened since Columbine.

Winning poems from the haiku contest will also be read at the event, along with musical performances suited to the nature of the occasion.

The topic of gun violence has resurfaced powerfully due to recent shootings around the country making the need for ending it so dire.

Using the tiny haiku acts in quite the same fashion as the 280 character limit in Twitter; it allows people to make concise, powerful statements.

“We hope that this contest will give the entire campus a space and opportunity to speak up about current issues without needing to write an essay… It’s an easier commitment to make when someone doesn’t have to rearrange their whole day just to say something about an issue they care about,” said Barbara Padilla ‘18, president of Sigma Tau Delta.

To participate, students submitted their haikus to a link provided in the email about the contest. The deadline for submission was Monday, April 16, and it was open to all students, faculty, and staff. The winner will receive a $50 Amazon gift card, and the two second-place participants each get $25 gift cards.

While the English department has not had similar contests before, it already does have a bulletin board up in Orlando Hall where students can post their own poetry for National Poetry Month. Contests like these also help attract people to poetry.

Students are highly encouraged to attend the Commemoration if they are passionate about the gun violence in the United States.