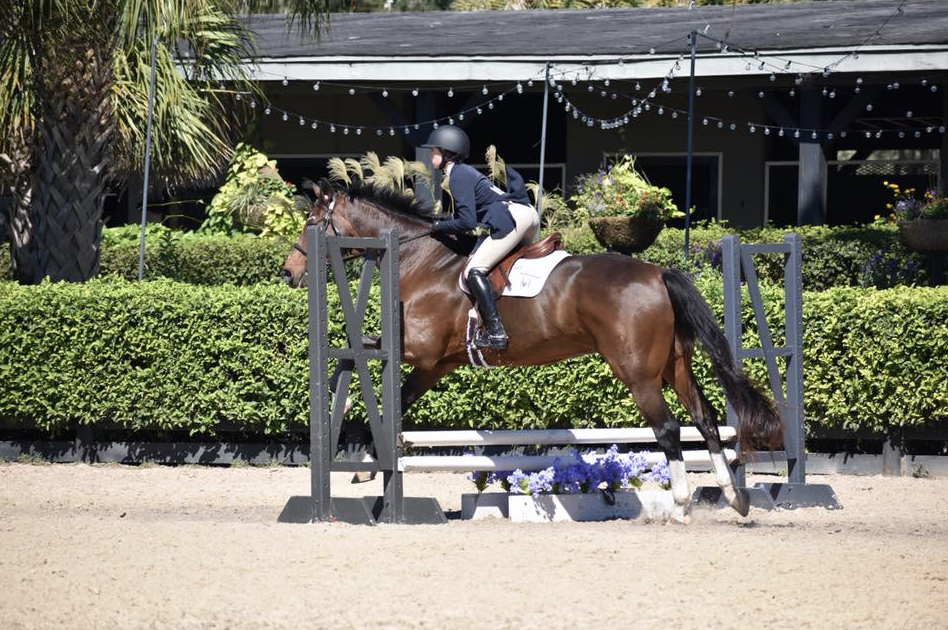 For most students, spring break marks a long-awaited intermission, but for the Rollins Equestrian Team, it marks a historical moment. For the first time since its reinstatement, five members have been invited to the regional tournament.

Re-created by a group of five girls in 2016, the equestrian team has grown to about 15 members. The team practices weekly based on riding level and competes in five shows per semester against schools through the Intercollegiate Horse Show Association.

“We have a good team structure and are a pretty close-knit group,” said Alec Tolle (‘19), one of the riders competing in regionals. “We all have our different niches in the college atmosphere, so sometimes we don’t see each other as much, but for the most part we get along.”

Rollins Equestrian has had two shows this term at Savannah College of Art and Design (SCAD) and Florida State University (FSU). Team Captain Jenna Neitzel (‘20) said both competitions went well and that it gave the team an opportunity to learn what it needs to work on.  At FSU, Tolle won his class and came in third at the other.

The rankings are also conditioned on the size of the team, which means Rollins cannot gather as many team points as other schools. Another challenge is that, during shows, the team rides on horses provided by the host school, not their own.

“We don’t know what we’re getting until after the coaches meeting, where they draw the horses,” said Tolle. “We don’t get to ride them before either. We just get on them and immediately go in the ring to be judged. No warm up.”

Though challenging, Neitzel sees this as a learning opportunity: “Riding unknown horses forces the rider to be versatile and demonstrate their skill to adapt to different horses.” Because the Rollins Team practices with sale horses in Apopka, Fla., they are used to constantly changing horses.

While the team is proud of how much it has grown, there is only so much the members can do on their own because they are not a varsity sport and do not receive funding from the College. “Some of the challenges we face as a team are getting funding to support our training and competitions, as horseback riding can be a pricey sport,” said Neitzel.

Tolle, on the other hand, called for more recognition: “I think Rollins could do a little more advertising for us, considering they do little to none. Granted, we are a club sport and a newer one at that, but if we were able to get that recognition, I think we could get a lot more people to join the team.”

Although a recently re-established sport, equestrian has a long legacy at Rollins. The Annual Rollins Horse Show at Dubsdread stables was a prestigious social event in the 1950s, with special exhibitions including President McKean competing with student and faculty in an equestrian version of musical chairs.

In the early 2000s, there was an active Equestrian Club, with alumna Chelsea Ziesig (‘06) competing in the 2003 Nations Cup in Bedford, New York.

With the spike in its performance, Rollins Equestrian has good reason to aim high this year.