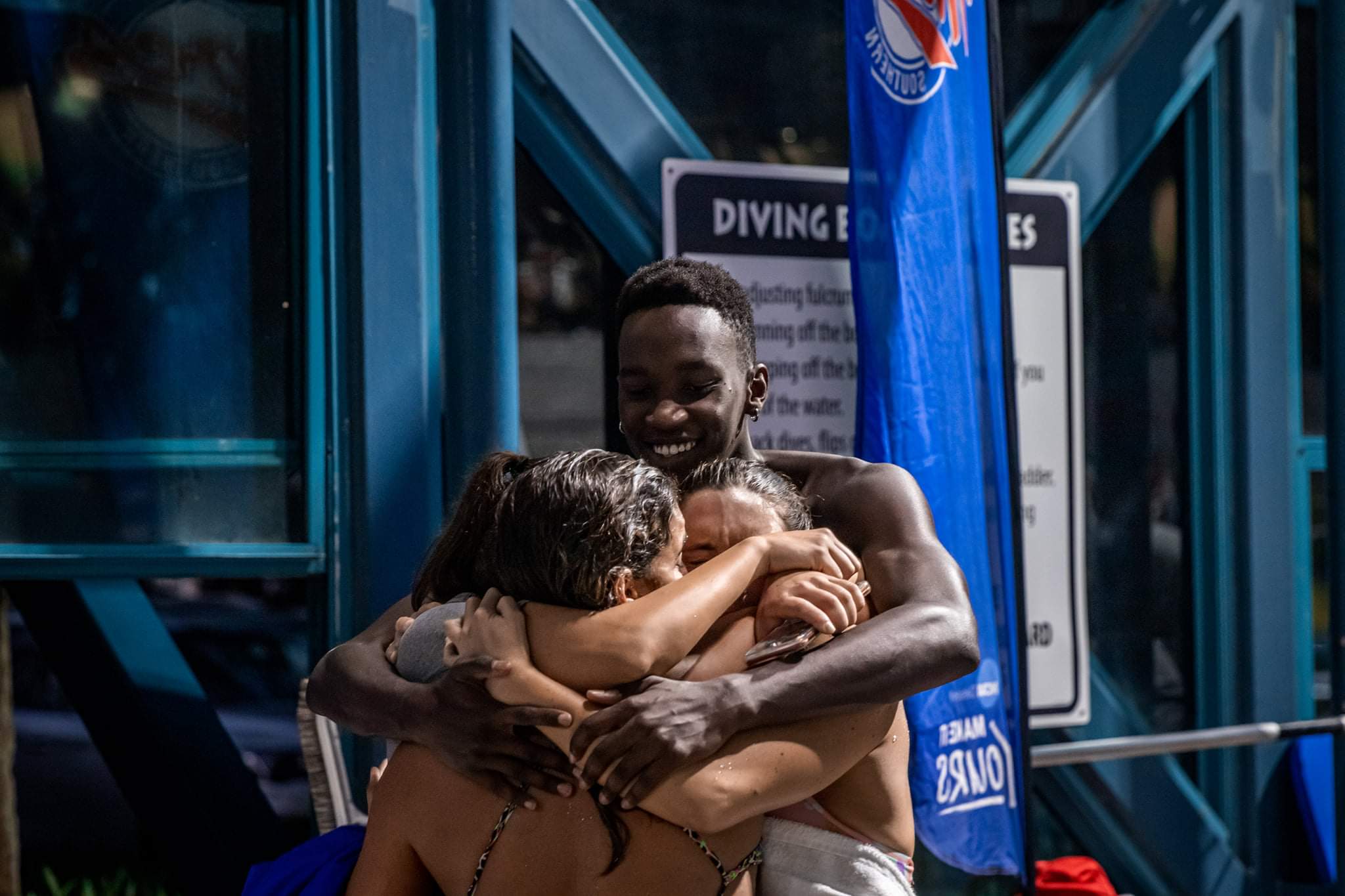 “We weren’t able to compete last year, but I think we came back with such a statement this year that it’s like we are back on track,” said Rollins Swim Coach Julianne Kurke. “It was awesome after all the ups and downs of the past two years, just being able to experience that normal season.”

“I’m really proud of everyone,” said Kurke. “I know with the success of a few people on the team, it’s easy to get lost that it is a full team effort. Everyone did contribute to the success in some way.”

While practice occurs throughout the year, the 2022 NCAA Division II Swimming and Diving Championship marked the end of the Tars season.

Six swimmers from the men’s team attended the NCAA Championship—a program record for Rollins. During the meet, two swimmers competed in individual races and three relay teams competed in group races; the relay teams were the first in program history to qualify for the NCAAs.

“That was only my 4th time ever swimming the 1000 in my career, the 3rd time was at our Conference Championships, so I didn’t have a lot of experience swimming it. And it was my first national championship which was pretty cool,” Lockhart said. “I kind of knew with 100 yards left that I was going to win, so that was a unique feeling that I’ve never really had before.”

Lockhart also won the ​​500 Yard Freestyle event with a time of 4:20.44. In March, he was named Sunshine State Conference (SSC) Swimmer of the Year.

“I had only ever competed in regional and state and our conference championships, so it was definitely a different atmosphere than those,” Lockhart said.

In terms of future meets, Lockhart said he wants to defend his titles, break Division II records, and achieve All-American times in relays, which would break the college’s records.

Beatriz Olivieri (‘22), captain of Rollins Swim, was the only member from the women’s division to compete at the event. In March, she was named Second Team All-Sunshine State Conference.

“I really missed my Lady Tars, but I know they always have my back,” Olivieri said. “The only reason I made it that far was because of all the work we put together throughout the season. Swimming can be exhausting, and it takes a team to turn every practice into an opportunity to get better.”

Olivieri raced in four individual events. She opened the 200 Yard Butterfly Consolation Final with the fastest 100 Yards and finished in a tie for third with a time of 2.01.37. She garnered an Honorable Mention All-American recognition.

“The 200 fly has always been one of my favorite events, and at NCAAs, it was so special that it ended up being my last race ever as a Rollins Swimmer,” Olivieri said.

“This year’s NCAA was an extraordinary ending to my Rollins career. It was definitely bittersweet because these past four years flew by,” Olivieri said. “Still, I am so grateful for all the ups and downs.”

Lockhart said that Olivieri “has been one of the most supportive teammates [he’s] ever had.”

“From an athletic perspective she has definitely pushed me, and most other people on this team, to pursue our swimming goals with a passion and to do the best that we can in and out of the pool,” Lockhart said.

Olivieri plans to continue her athletic career at the University of Massachusetts, where she will be swimming at the Division I level.

“I cannot wait to see and follow along with the Rollins Swim Team’s future. The team has proven itself over and over again,” Olivieri said. “There is so much potential, and I have met incredible people because of this team. I am beyond happy I got to be a part of this program.”

Peyton is a sophomore at Rollins College, majoring in English and triple minoring in Asian Studies, Film Studies, and Environmental Science.