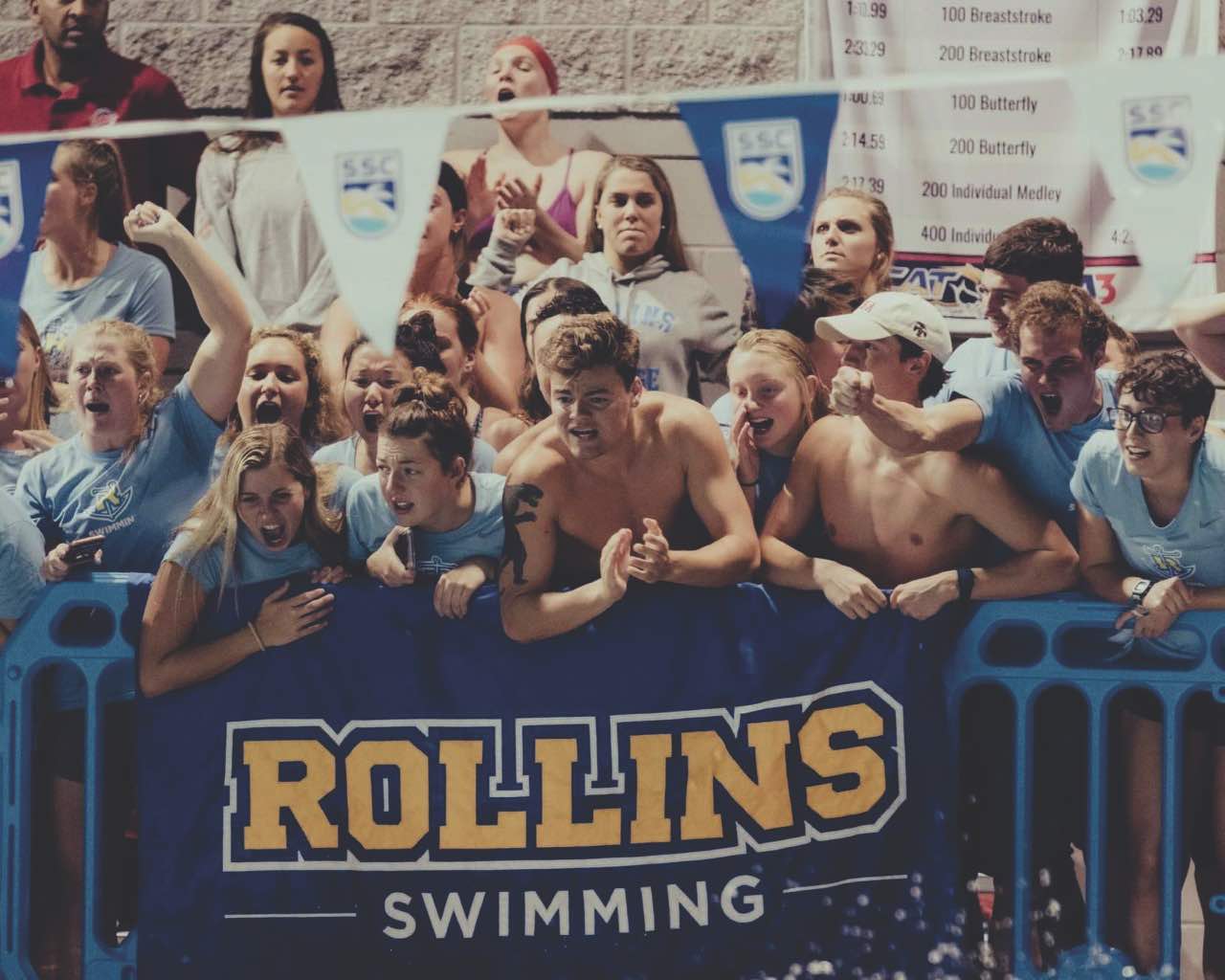 Rollins Swim made history at the Sunshine State Conference (SSC) Championship this past weekend in Clearwater, Fla. The women placed third overall, and the men placed fifth.

For both teams, this was the highest they have ever placed at the SSC Championship since their inaugural meet in 2011. Last year, women placed sixth and men placed last.

The team beat the odds at the beginning of their season when its previous head coach, Kyle Berg, left suddenly, adding to the weight of their accomplishments at this meet.

Each day of the meet consisted of about five different events for men and women. Every swimmer registered under an event got the chance to swim their best time in the morning, and if they placed in the top 16, they went back for finals in the evening.

When swimmers made it to finals, they scored points for their team. The team with the highest amount of points at the end of the four days won the championship.

The Tars broke almost 20 school records across the four-day meet in relays and individual events alike, as well as placing in the top three in a few events.

“One of my proudest moments of the meet was getting to swim in finals at night and bounce back from some poor races,” Xu said.

Beatriz Olivieri (‘22) swam the 100 Butterfly and broke the school’s record with a time of 55.38 and placed third overall in the event.

“Our team accomplished amazing things this season, and we did an excellent job supporting one another,” Benton said. “I hope to move up in ranking next year on the men’s side and push our way into the top three like the women were able to do this year.”

Although this it is not yet guaranteed, some swimmers may move on to Nationals, where they will swim against all Division II teams. This means they made ‘B cuts’ and are eligible to be invited by the National Collegiate Athletic Association to swim again.

The Tars will find out about their eligibility by the end of the month.