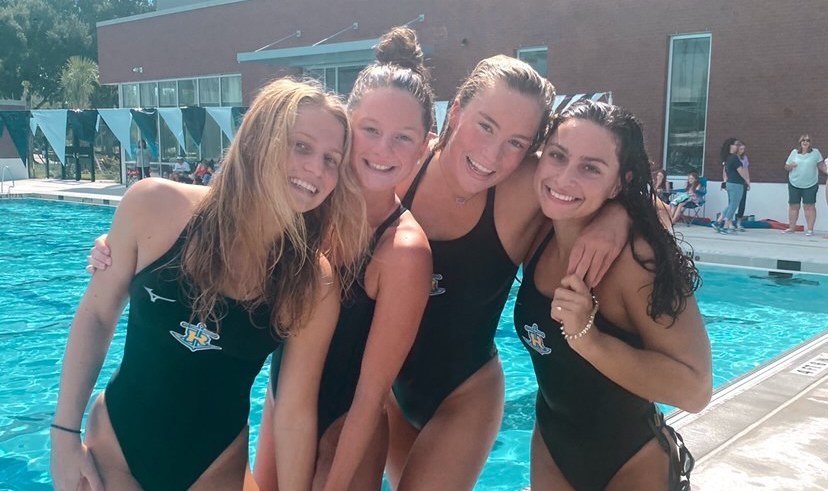 The Tars kicked off the second half of the season on a high note with an overwhelming victory against Florida Tech this Saturday, with a score of 176 versus 84.

Head Coach Julianne Kurk-Lehner said that her main goal for the season is to “make it to the Sunshine State Conference (SSC) meet healthy and confident in the work [the team] has put in throughout the season.”

“Two years ago, we were on the cusp of having several people on the team qualify for the NCAA National Championship meet,” said Kurk-Lehner. “I think it would be a great statement to come back after last year, re-establish our position in the conference, and take more individuals and relays to NCAA’s.”

During last year’s SSC, the women placed an historical third place overall, and the men placed fifth– the highest either group has placed at the SSC Championship since its inaugural meet in 2011.

“What matters the most is how we perform at the Conference when we are rested,” said Kurk-Lehner.

Hughes added that her team is mentally tough, stepping up even when conditions are less than ideal.

Olivieri said she expects the team to replicate, if not exceed, the successful third place at the 2021 SSC during the 2022 SSC. Given the young leadership, chemistry, and friendship that runs within the team this season, she said that this is an attainable goal.

Olivieri also said that anyone who wants to join the team should consider the necessary commitment to practicing, which would be rewarded by eye-opening experiences, practical skills, and life-long friendships with the swimming community of Rollins.

The Tars hope to continue their winning streak when they face the Lions at Saint Leo University on Jan. 28 at 3 p.m.

Mohammed Forero Bucheli is a Peruvian international student at the Master's program of Liberal Studies. When not writing, he can be found doing photography and design.