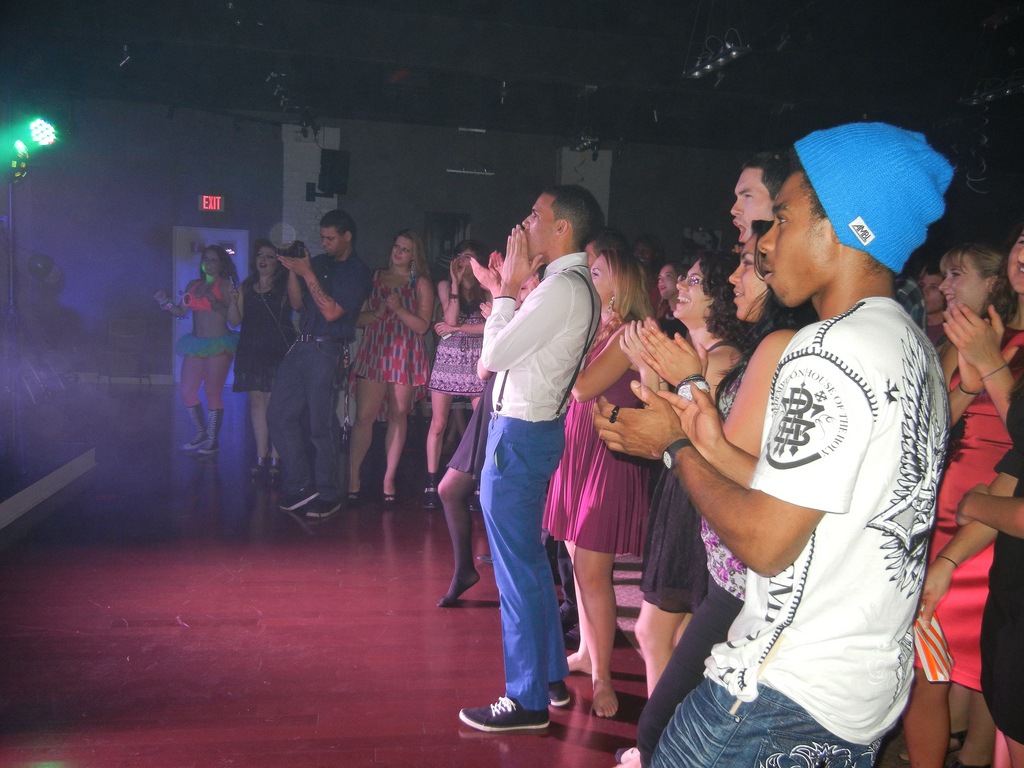 Hosted by Spectrum, the annual Glitter Ball provides LBGT students with a comfortable night of splendor without fear of external prejudices.

There’s a profound sense of sexual freedom that is an inherent part of the coming out process. As LGBT community members can attest, the point at which one accepts their own sexuality is an incredibly liberating moment, both internally and externally. It is in this spirit of camaraderie and collective enfranchisement that the 2013 Glitter Ball was held.

Marked by a perplexingly conspicuous absence of glitter (probably a gesture of mercy towards the cleaning crew) the Glitter Ball is held annually in Winter Park Plaza by the Rollins College Spectrum club, the on-campus advocacy group. Sabrina Kent ‘15, co-chair of Spectrum, stated that the objective of the event is to provide a safe space where the LGBT community can fraternize and
enjoy themselves without fear of external prejudices. Accordingly, and in an effort to foster closer connections, students from Stetson, UFC, Embry Riddle, and SSC were also invited to share in the festivities.

Over the course of the night, bonds strengthened, associations were made and miscellaneous rabble rousing was abundant.

Apart from the considerable mixing abilities of Spectrum’s DJ, event patrons also enjoyed the participation of the lovely and talented Roxxxy Andrews, internationally renowned Drag Queen and RuPaul’s Drag Race star. No stranger to show business, Andrews fed off the energy of the crowd and infused the Ball with the hilarity and excitement only a gifted Drag Queen can provide. As the night progressed, Andrews even proposed an impromptu striptease contest in which the finest, and I do mean finest, talents of the students of Rollins College were on full display.

Typical of the LGBT community, students and friends exhibited their impeccable taste and dressed to kill for the event. Indeed, if one is ever curious as to what particular styles are in fashion at the moment, one need look no farther than a Spectrum party. Over the course of the night, bonds strengthened, associations were made, and miscellaneous rabble rousing was abundant as passions stirred and a small piece of the Orlando LGBT scene enjoyed a night of high-spirited fun.

The evening was unique in that it was a time when people who identified as straight, gay, bi, and a whole mess of other sexual orientations could come together and simply hang out without worrying about non-existent sexual tension or perceived resentments. In die, signifying the dying out of archaic prejudices. In that respect, then, I believe that the 2013 Glitter Ball was an
overwhelming success.

For all photos, check out our gallery here.