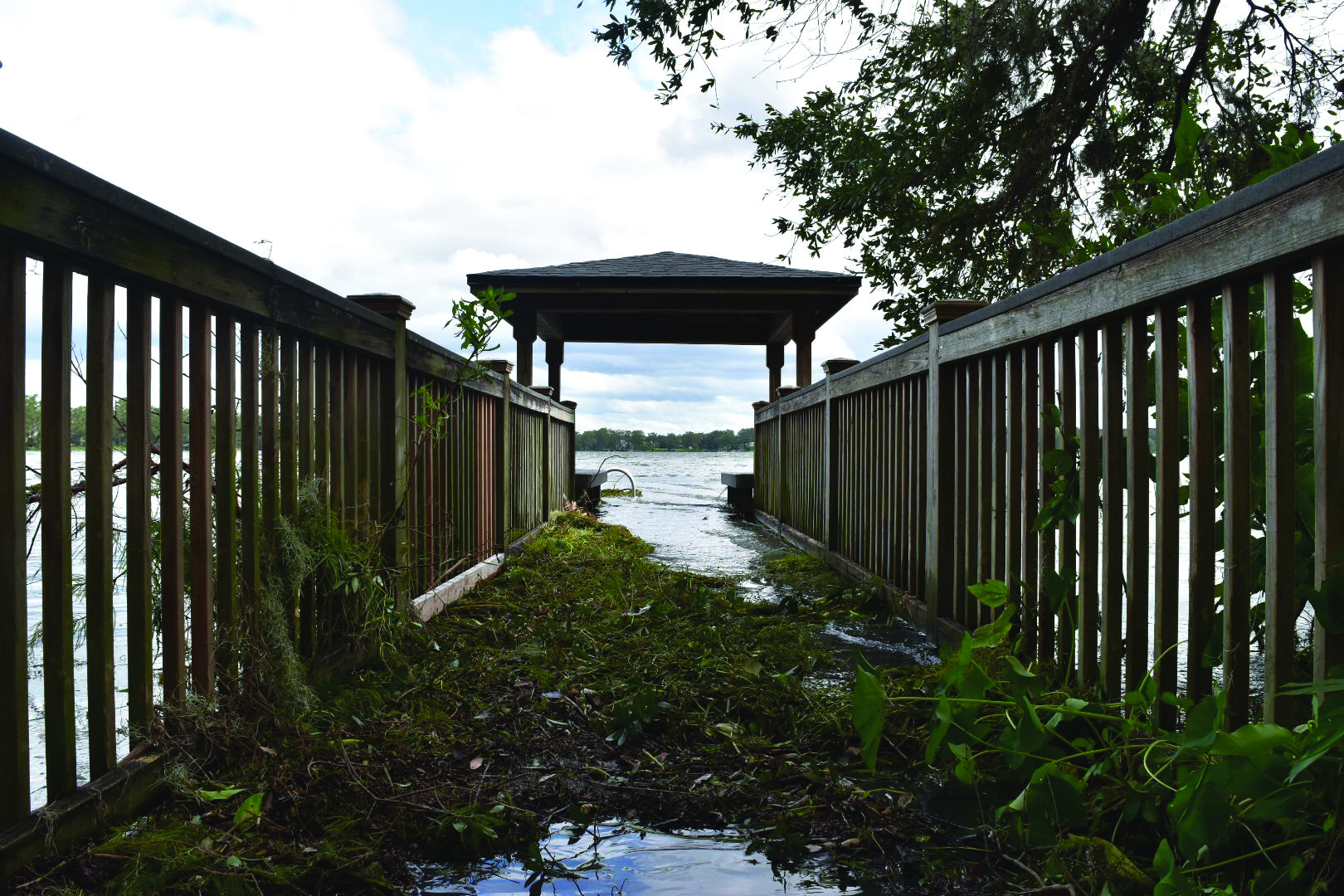 Crashing, humming, and orange flames are what Erin Crawford, ’20, heard and saw as she looked out her window around 12:30 a.m. Monday. Crawford’s house, located in Chuluota, FL, fell victim to Hurricane Irma’s 110 mph winds when a power line fell on her house, caught fire, and blocked all suitable exits for the family to escape. At first, Crawford just thought the humming noise was part of her television show, but when the orange flames enveloped the windows, she knew she had to get out.

“Because of the power lines down and the orange view stretching near both exits, I wasn’t sure how we were going to get out. I honestly thought we were trapped because our usual escape plan was my boarded-up bedroom window.” said Crawford.

Luckily, Crawford’s father, a retired firefighter of 31 years from Seminole County Fire Department, had a backup plan for his family. After evaluating all exits, he showed his daughter the way out. Erin, with her cat in one arm and dog in the other, safely evacuated with her parents. However, once they were outside, they were not necessarily safe, as this was during the prime hours of the Irma’s fury.

“The wind was blowing and it was still raining pretty heavily,” Crawford explained. “We were going to go to the car and drive away, but when the power lines burst they went into the driveway and were too close to the car, so we ended up going to our next-door neighbor’s house, who had just called us to tell us our house was on fire.”

Electrical hazards pose some of the deadliest threats to residents during and after major hurricanes. Many people forget that circuits do not always turn off when a power line falls into a tree or onto the ground. Even if they are not sparking or humming, fallen power lines can kill you if you touch them or the ground nearby. Power lines continue to scatter the grounds of the Crawford residence; however, emergency first responders have determined they are not a risk.

Luckily, a fire station is located one street away from Erin’s home, so first responders reported almost instantaneously after receiving the call. “Between the first responders answering so quickly, and the rainfall that was coming down, the danger was over as quickly as it started,” recalls Crawford.

However, the fallen power line was not the only source of damage to their property.

“When we got back to the house, we walked the yard for damage. That was when we noticed the tree that was now laying on top of our house. The tree had fallen on the power lines, which caused them to break and land everywhere. Previously in the night, a branch had flown across the street from a different tree and knocked out part of my mom’s rearview window, as well as my taillight. There is another tree down on power lines across the street from us, which caused a transformer explosion around 3 a.m.” she explained.

Although the family experienced these traumatic events, they received power back around 2 p.m. on Tuesday, September 12. However, as of Wednesday, September 13, more than 4.4 million Florida residents remained without electricity. At the peak of the storm, the Department of Homeland Security reported around 15 million Floridians lost power.

The Crawford family remains thankful they were all able to make it out of the storm safely. No members of the family were injured during the fire, but it is an event they will forever recall during preparations for future natural disasters.

Erin closed our interview by reflecting on the storm with positivity. “I feel extremely lucky that what I felt was just a scare rather than the physical or emotional trauma that could have resulted. Overall, I am glad everyone is safe, that the house is still in one piece, and that Irma has moved on.”