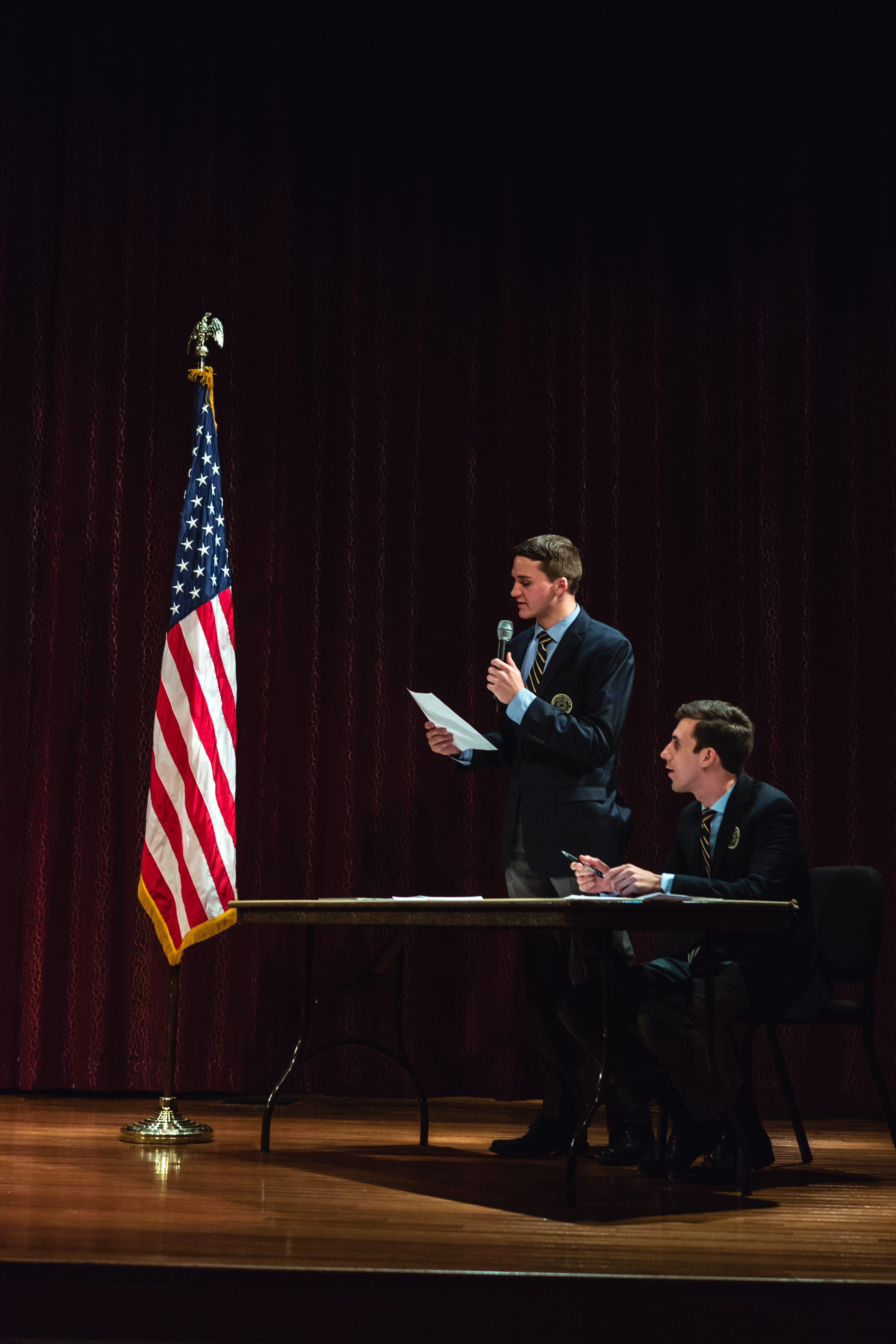 Why we lost The Great Debate On Wednesday, Feb. 17, the Rollins’ Great Debate was held. The Proposition, represented by the Rollins Debate Team, argued that conflict between the U.S. and China was not only unavoidable, but also in full-swing; the Opposition, represented by the Beijing Foreign Affairs Debate Team, argued that conflict, regardless of existing tensions, was very much avoidable.

I stood by the Opposition that said “armed conflict,” at least, is preventable. Most of the world might agree that such conflict is neither desirable nor necessary. In my opinion, the Opposition’s argument lacked substance and evidence that would have convinced me of their claims. For instance, the Beijing Foreign Affairs Debate Team’s presumption that media outlets would serve as representatives of the people, encouraging better relations and diffusing tensions, rang very false to me.
As recent events have shown, the “news” is rarely unbiased, and political leaders have often depended on war propaganda to influence the masses. In China, internet censorship is readily practiced, and journalists like Mr. Pu have been jailed for remarks they posted on social media sites.
Unsubstantiated claims like these made for unforgivable blunders and were quite common in the Opposition’s reasoning. “Corrupted idealism,” as the Proposition referred to it, is prevalent throughout the Opposition’s arguments; while idealism is admirable in most circumstances, it does not make for a good argument when no evidence is presented in support of this overly-simplified version of private vs. national interests.
The Beijing Foreign Affairs team did present certain stimulating points, though, namely regarding their claim that all countries have competing interests on certain issues—so, tensions between China and America are not as unique as they are made out to be. Also, the Opposition’s choice to define conflict (in the context of this debate) as “armed encounters,” rather than political and pre-existing tensions, resulted in an interesting discussion.
The Rollins’ Debate Team, however, presented a much stronger case that relied heavily on historical evidence and ongoing political tensions. Many members of the audience were shocked when the judges announced that the Beijing Foreign Affairs Team had won.
Many people that I talked to reached conclusions that the debaters’ long flight from China, language barriers, and the judges’ reluctance to support a case that would presuppose conflict as an inevitable consequence of foreign relations (developed vs. developing nations) were heavily taken into consideration when determining the winner. I cannot make any firm assertions, only an attempted justification concerning the win by considering the appeal of the Opposition’s idealism versus the Proposition’s reluctance to admit potential for future compromise. While I do not begrudge the Opposition of its win, in my opinion, the notion of true debate, as a learning tool meant for stimulation and exposure, may have been undermined.