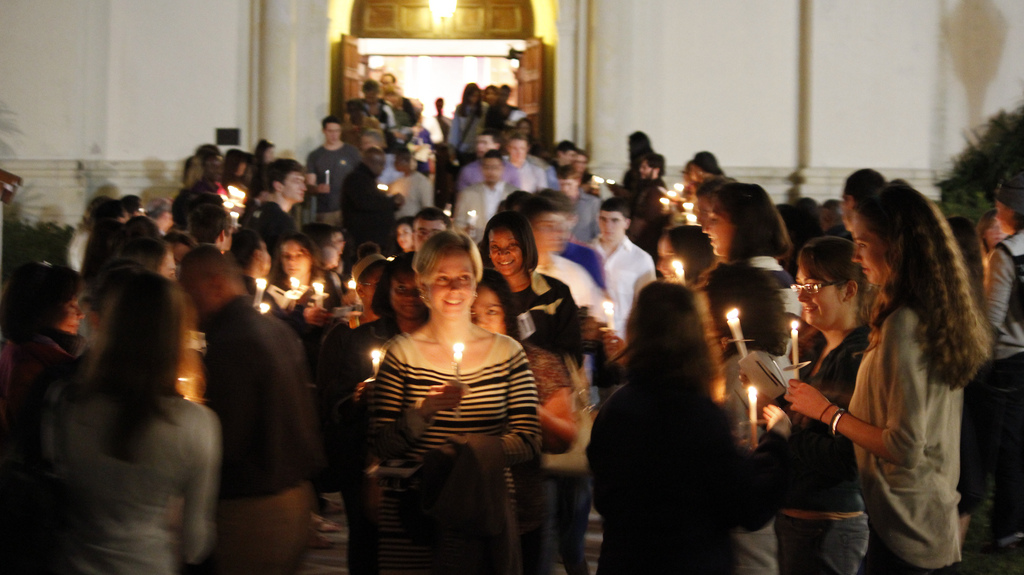 The Office of Multicultural Affairs (OMA) held the Annual Vigil for Rev. Dr. Martin Luther King, Jr. this Monday, January 21, 2013 in Knowles Chapel. This year’s event featured keynote speaker Dr. Jamie Washington, a minister, educator, consultant, and life coach who has helped individuals work through difficult conversations, engage in issues of social justice and inclusion, and clarify their purpose and life for over 30 years.

All photos of the vigil by Ivan Moreno.

OMA held a screening of the movie Red Tails in the Cornell Fine Arts Museum (CFAM) on Wednesday, January 23, 2013 as part of MLK week. The photos below are of the cocktail party prior to the movie.

All photos of the movie screening by Annamarie Carlson.

OMA hosted a Spoken Word as part of MLK Week on Thursday, January 24, 2013 in the Faculty Club.

The Office of Multicultural Affairs (OMA) brought the Florida Modern-Day Slavery Museum to campus on Friday, January 25, 2013. Students toured the various exhibits with the help of museum moderators.