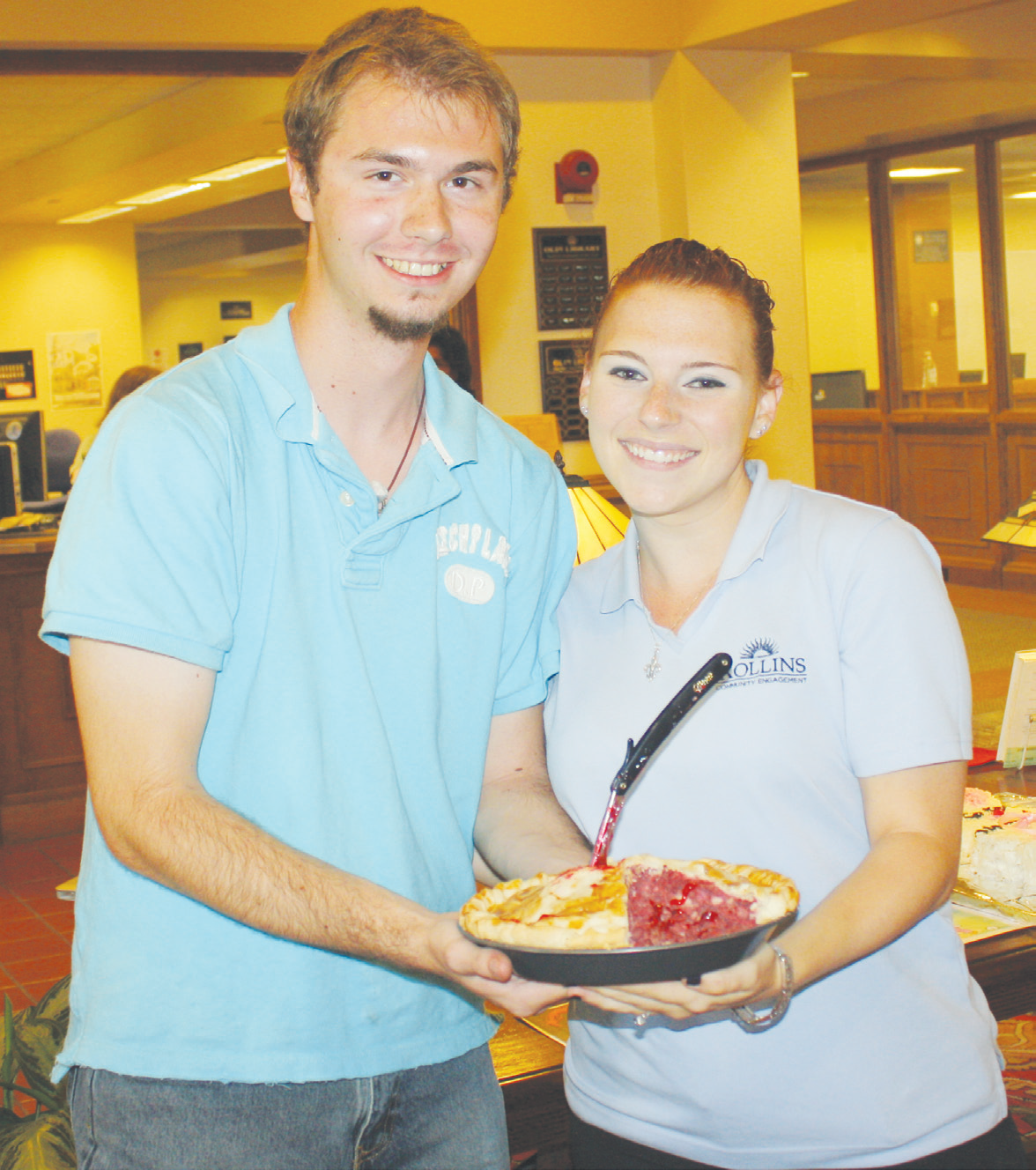 “It was a close shave, but we won.” Zach Baldwin ’14 was very excited aft er his and Office of Community Engagement Graduate Assistant Rebecca Gorchoff ’s creation, a rather bloody pie with a razor blade in the center, won the People’s Choice Award at the Edible Book Contest. The entry was an allusion to the play Sweeney Todd, the Demon Barber of Fleet Street.

For the third year in a row, the Olin Library hosted the Edible Book Contest on Friday, April 1. The student body, the faculty and the staff were all invited to enter. Prizes were awarded in three categories: Most Artistic, Most Humorous, and People’s Choice.

Each entry had a box in front of it for people to submit their votes for their favorite; the entry with the most votes won People’s Choice. The Sweeney pie took home the popular vote, as well as third place for Most Humorous.

These contests are held in libraries around the world around April Fool’s Day, as April 1 is the birthday of Jean Anthelme Brillat-Savarin the author of Physiologie du gout, a funny book about food. Like the countless other libraries’ competitions, Rollins’ contest is registered on the official website at www.books2eat.com