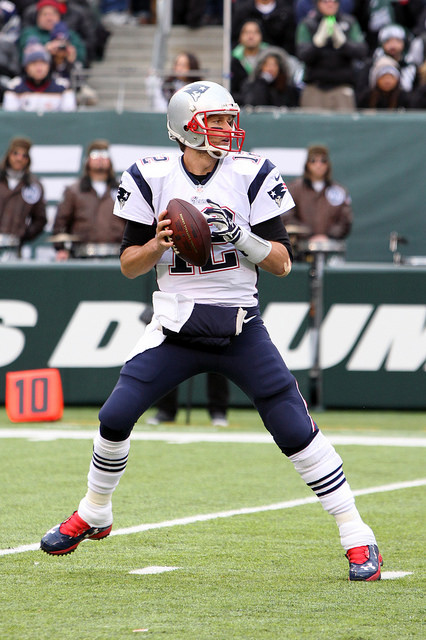 One of the biggest sporting events of the year is almost upon us. In what is set up to be one of the most entertaining games ever, Super Bowl LIII will see the perennial New England Patriots and the rising Los Angeles Rams looking to pummel each other into defeat.

The Patriots will be playing in their third straight Super Bowl and the eleventh of their storied history. Their five wins have each come in the fabled Brady-Belichick era.

The Rams have won just one of their three Super Bowl outings, the last of which, 17 years ago, they lost 20-17 to the Patriots. They are seeking revenge, then, but the Rams have just four players with Super Bowl experience, compared to 38 for the Patriots.

The Rams’ current roster, though, boasts one of the most stacked teams in history. Rarely do you see a team that can boast two MVP candidates, on both the offensive and defensive sides of the football: Todd Gurley and Aaron Donald.

Gurley and Donald are invariably the best players on the field whenever they step out against any team. Gurley rushed 1,300 yards this season and scored an incredible 21 total TDs, and Donald led the entire league with 20.5 sacks and an impressive four forced fumbles.

But these two immense talents, along with on-form quarterback Jared Goff, will have to bring their A-games on Sunday if they want to become champions.

In the NFC championship, the Rams came out on top—despite leading for zero minutes of the game—thanks to Greg “The Leg” Zuerlein’s 57-yard walk-off kick. They are looking to carry that winning momentum into the Super Bowl.

As for the Patriots, they are looking to repeat the win they achieved against the Rams in Super Bowl XXXVI, an outcome more than feasible for a team where making it to the Super Bowl has become the norm.

Although the Patriots have been favored in every game they played in the past several years, this year they showed some vulnerability. They have had ups and downs all season long, winning a respectable 11 games but struggling to ever find consistency.

Their worried fans were starting to believe that success was soon to be ingrained in the past, rather than in their prospective future. However, the Patriots demolished the Los Angeles Chargers in their first playoff matchup and then were able to survive the gifted Patrick Mahomes and his capable Kansas City Chiefs.

As we saw in that AFC Championship game against the Chiefs, Tom Brady continues to work his magic and put his team on his back. After winning the coin toss in overtime, he led a walk-off, game-winning drive for the Patriots to punch their ticket to the big game for the third straight year.

The biggest key for New England will be their running game. In their last two games, the running game has fueled their offense, as has Julian Edelman making clutch third-down snags from Brady.

The biggest keys for Los Angeles will be Goff and Gurley. Can Goff overcome the nerves of his first Super Bowl? Can Gurley bounce back after a subpar performance against the New Orleans Saints? These questions remain to be answered, but for the Rams to win the QB/RB pairing, they will need to show up and be ready to go from the first snap.

This game will be eerily similar to Super Bowl XXXVI. The Rams have everything needed to take down the Patriots, and it will take a valiant team effort to claim victory. However, Tom Brady will not want to lose in the Super Bowl in back-to-back years, especially in a Super Bowl that could be the last game he ever plays.

Odds makers predict Super Bowl LIII to be the highest scoring Super Bowl ever, which sets up an enticing offensive war.

I predict a New England victory of 38-31, with the Patriots going down early and trailing at halftime, but once again brilliant Brady will ultimately lead his squad to victory and their sixth championship.