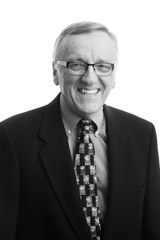 On Monday, Feb. 1, the Sacramento Kings cancelled a lunar New Year promotion it had planned to honor one of its region’s largest communities—18.3% of the city’s population identify themselves as Asian—after one of the team’s players complained that it was insensitive to pass out purple Year of the Monkey t-shirts on the first day of Black History Month.I thought about that decision when I received a notice about the Summit on Transforming Learning: Advancing Racial Justice: Rollins & Beyond.

The Center for Leadership and Community Engagement is advertising the summit as beginning with a debate on free speech on the evening of March 17 and then becoming a full day of programs on the 18th.

Racial justice certainly matters. And it matters both nationally and locally. There are clearly periods in our college’s and nation’s history that we will all change once time travel becomes possible.

As we address all the issues of diversity and pluralism, we also need to remember that we should judge people and institutions as much by how they respond to mistakes and failures as the mistakes and failures themselves. The fact that there may be more to do—in some cases much more—does not negate what has been done.

Over the past four decades, I have been proud of Rollins’ commitment to recruiting a diverse faculty and student body and to recognizing that we live in an increasingly multi-cultural society.

No student from the 60s could imagine either the heterogeneity of today’s student body or celebrating a Martin Luther King Day and Black History Month. (To be completely honest, I am not sure that Dr. King would be pleased to know that most of our students honor his memory by taking a day off and going to Disney World. I suspect that he would have preferred that day to turn classes into conversations about the state of the country.)

I have also been happy to see Rollins so active in the recent annual Zora Neale Hurston Festival in Eatonville, especially the programs on and off-campus that many of us have participated in.

That is only appropriate, of course, because during the 1930s Zora spent a lot of time at Rollins, visiting classes, producing two plays here, and work-shopping with writing students. A woman of fierce integrity, she showed her appreciation to Rollins by dedicating two of her four novels to members of our faculty.

Racial justice and black culture certainly matter. But don’t other cultures matter too? If they do, why begin the summit on March 17, St. Patrick’s Day, the one day each year devoted to celebrating Irish heritage?

Some see St. Patrick’s Day simply as a day of parades and parties. And there’s nothing wrong with that. After all, over 34.5 million Americans cheerfully claim Irish descent, a remarkably diverse population that ranges from Tom Brady and Barack Obama to Mariah Carey and Muhammed Ali (whose mother’s family originally came from County Clare).

But many of us also see March 17, a day named in honor of a former slave, as a day of remembering and reflecting. We can remember Ireland back in the fifth century as the first nation on earth to ban slavery—it took the U.S. 1,400 more years and a Civil War to catch up—and as the home to a remarkable cultural tradition from James Joyce and U2 to Sinead O’Connor and Jonathan Swift.

And we can reflect on the crises that mark so much of Irish history from the Norman Invasion to the Troubles in Northern Ireland, crises largely created by England’s determined but futile nine hundred year colonial effort to force the Irish to become more British. That effort included regular invasions and campaigns to remove families from their farms, destabilize their economy, obliterate their native language and religion, and, finally, destroy their crops.

England’s greatest achievement in the Emerald Isle, ironically, was to create an Irish Diaspora with emigrants and their children spreading throughout the world. Today, that tiny island at the Western edge of Europe has about 6 million people, while over 80 million worldwide can trace their lineage back.

So, by all means let’s hold conversations about race. But let’s also celebrate all the diverse cultures that form our community and our country.

EDIT: This piece has received a wide range of feedback from the community since its publication. You can find links to responses from the following community members below:

Abby Hollern, Director of the Center for Inclusion & Campus Involvement

Professor O'Sullivan specializes in 18th-century English literature, minority literature, popular culture, and Florida studies. In addition to articles on literature and pedagogy, he has published The Florida Reader (1991); Florida in Poetry (1995); Smith's Book of Job (1996); Crime Fiction and Films in the Sunshine State (1997); Shakespeare's Other Lives (1997); Elizabeth and Orange Pulp (2000); Shakespeare Plays the Classroom (2003).