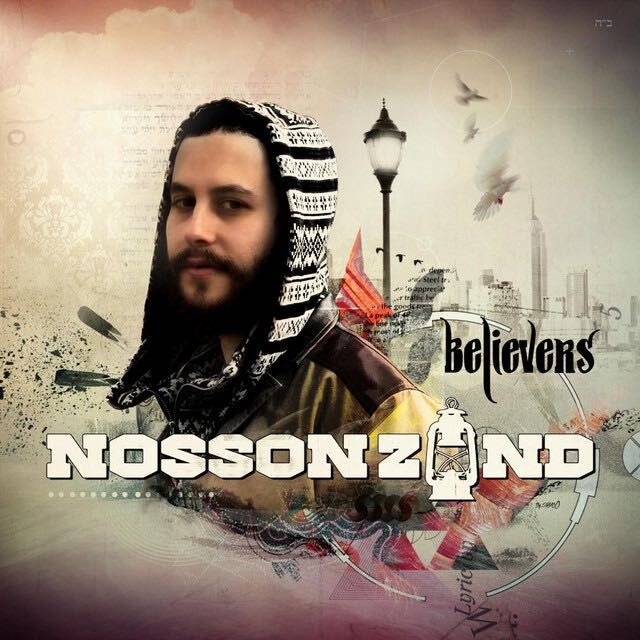 The Chabad Student Center of Winter Park invites the Rollins community to attend Zand’s concert, along with the lighting of a giant Menorah to celebrate Chanukah, the Jewish festival of lights. The event will take place on Nov. 30 at 5:30 p.m. at the Frappestar across campus, 552 S Park Avenue.

Zand’s music can be found on all major streaming platforms such as Spotify, YouTube and ITunes, among others.

Nosson Zand is an American musician, specializing in Jewish Hasidic-style rap of his own innovation. Although his upbringing in Massachusetts was non-religious, he adopted the Hasidic way of life later on. He’s released two EPs in 2008 and 2017. His album “Believers” was released in 2013, along with seven singles ranging between 2006 and 2020.

His music emphasizes positive and uplifting messages. In light of his upcoming Chanukah concert in Winter Park, he sat with The Sandspur to discuss his style of music, creative process, accomplishments, and goals.

What led you to incorporate the Hasidic way of life with your music?

I was making music long before I became more involved in the kind of Hasidic tradition and Jewish observance. I started realizing even before I got observant […] if and when I have kids […] I’m not going to feel comfortable playing 97 percent of this music for [them] in the future. So I think that kind of set the tone moving forward.

When I became observant, I was informed about a particular teaching from the Lubavitcher Rebbe, the leader of Chabad. That teaching basically said that anyone who becomes more observant later on in life shouldn’t divorce themselves from their previous lifestyle entirely. Meaning, basically, to start using your talents for a good and positive and spiritual purpose to uplift the world around you.

How do these teachings help you reach your audience?

I wouldn’t have met Matsiyahu, the formerly Hasidic Reggae artist […] [or toured] with him all across the country […], if I had not tapped into this more kind of Jewish experience. There are people who spread terrible messages and are quite “successful” at doing so. I do believe that the more someone does the right thing spiritually, the more they have in life. And that doesn’t necessarily translate to success on the billboard charts. But I think we can redefine success and what it means to have a successful life—a meaningful and purposeful life. […] I think on one level success could be measured monetarily and how many units are sold. But I think there’s a deeper aspect to success that is measured along more spiritual lines.

What is your creative process in writing music?

Typically, I’m most inspired by listening to a particular instrumental composition. […] I think for some reason I’ve always found it more inspirational to just find the piece of music and start writing to that.

How has COVID-19 impacted your career?

Ever since I had my first child—and now I have a second child—I’ve been focusing more on my family, and also I got a masters degree in clinical social work. I’m a therapist. […] [with] a focus on addiction and recovery. I think even if COVID had never existed, I would have still been focusing more these days on that day job even though music is still the love of my life.

Where are you headed with your music career?

I would still like to record and put out a bunch of music, but I’ve witnessed firsthand how trickey it can be to balance a spiritual existence and a family life with life on the road as a touring musician.

I’m not a hundred percent sure that it’s possible to properly be there for one’s family and to be a touring musician. I’ve become more and more skeptical. And when I say touring musician, I mean someone who’s out there three months at a time and on the road. Especially when your performing in places like the House of Blues or very secular venues, as opposed to a more Jewish audience, which I’ve never strictly catered to.

My music has always been for everyone. And that’s part of my goal which is to reach where your typical positive or powerful Jewish music experience would not typically reach. I wouldn’t define my music as typically Jewish in any sense, aside from the moral and mystical infusion that I’ve been fortunate enough to give.

What is the accomplishment you’re most proud of in your musical career?

Still being a practicing Hasidic Jew despite all the challenges that being an entertainer […] entails or involves. […] And being able to have a positive impact on people in a way that’s not corny. But I do think it’s important to use my skill set to try to leave the world in a better condition than if my music had never been around.

In a more practical sense, I would say just having been fortunate to have traveled the globe doing concerts, which is what I love to be able to do, and staying true to my values. I think it’s very important for music to be honest, and vulnerable, and real, and touch on real topics, ​​on painful topics, challenges, and overcoming them. I think it’s very important to be honest and authentic regarding the subject matter one’s music touches on. I’m also pleased that that’s the road that I’ve taken—that I can touch on topics that might make other people uncomfortable. Those kinds of things, I think are quite an accomplishment as well.

What do you hope to achieve from your upcoming concert in Winter Park?

Hopefully, I inspire the community with my music that I worked very hard on. I put my blood, sweat and tears into it. And put my soul into it. And my goal, I would say, is to inspire the crowd and the listeners and in turn myself.