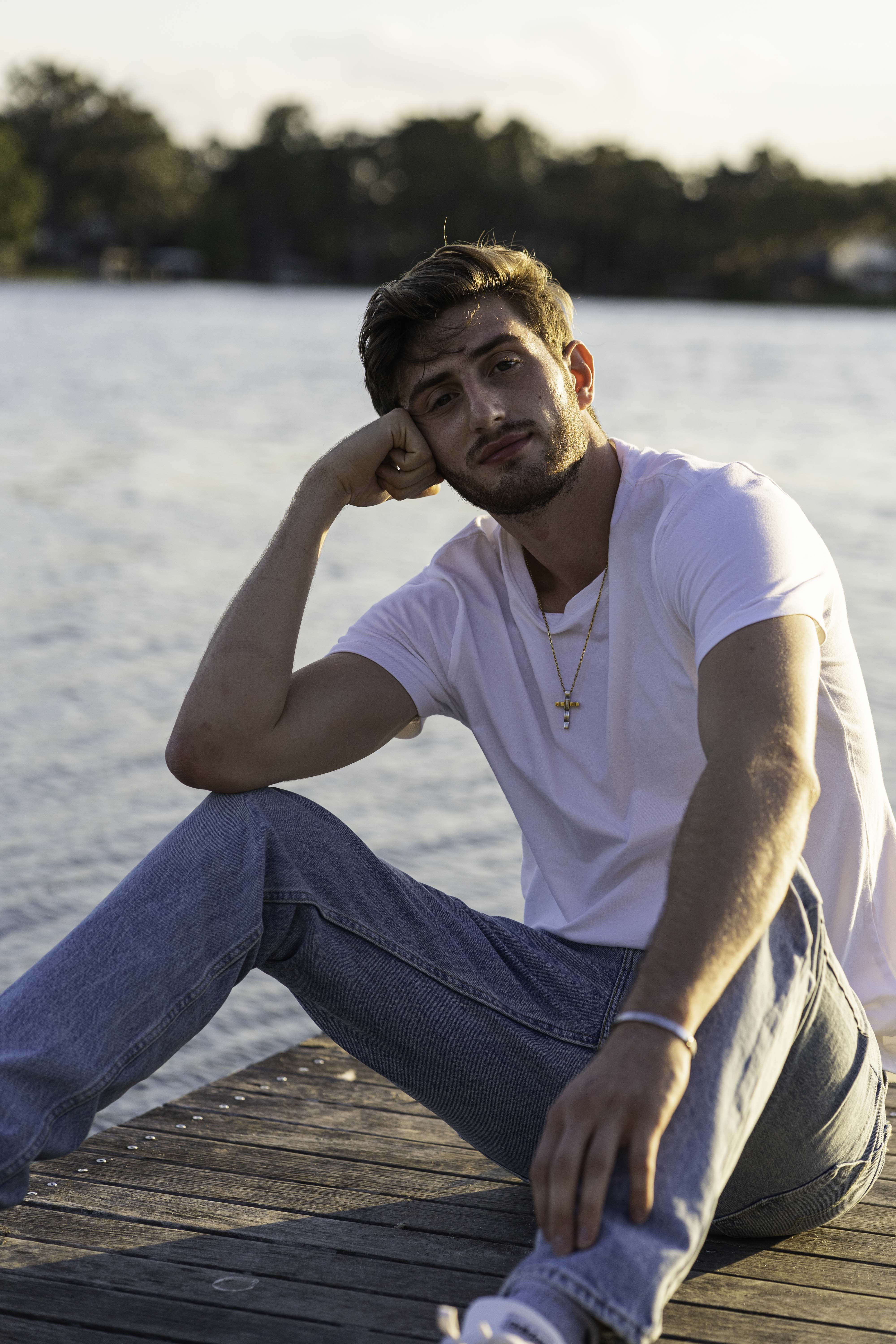 Jad Saad (‘20) is a musician on the rise. His singles have hundreds of thousands of streams on Spotify, garnering an international fanbase, yet he still finds time to do his school assignments.

To keep up with his dream, Saad flies back and forth between New York and Los Angeles while songwriting, making music with a variety of artists, meeting with labels, and working on his unreleased singles.

His work in New York brought him to the independent music publisher Arcade Songs, his “favorite people to work with,” he said. He said he considers the company’s president, Gregg Wattenberg, a mentor and “a legend in the industry.”

Wattenberg has gone platinum multiple times, writing and producing songs for artists such as Phillip Phillips, Train, and Five for Fighting.

Locally, Saad looks to artist John K. and John’s manager, Rob Zarilli, for “mentorship and guidance.” He said he regards them as good friends.

Along with music, Saad juggles classes and works toward his Rollins graduation.

He recently attended a Spotify conference in Nashville, which caused him to miss half a week of classes. It is a challenging balance for Saad, considering his remaining required business major courses.

“I didn’t really plan my credits as well as I would’ve liked to, so I’m dealing with a lot of last minute, final lap stuff,” he said.

Still, his love and passion for music is apparent, and his excitement for the full-time musician life is infectious.

Even though his work keeps him moving, he said he is extremely happy about where his career is at right now, but he is waiting to graduate so he can “take it [to] the next level.”

Some may say he is already there. “Spellstruck,” his single released in 2018, has raked in over 250,000 streams on Spotify, and “Chasing Ghost,” released this year, has already garnered over 100,000. On Spotify alone, he has over 7,000 monthly listeners.

Saad never had any formal training; he taught himself music production using FL Studio, a digital editing program, which he continues to use in his production process today. He has come a long way from when he started out at thirteen.

“It was me, just a kid in my basement, making beats for my buddies who’d rap on them,” said Saad.

Although he now sings in his tracks, his background in music production and songwriting does not necessarily correlate to singing.

In fact, he said that there came a point where he parted ways with a friend he used to work with, forcing him to develop a carefully cultivated set of skills in writing, editing, and structuring songs—but not in vocalizing.

Saad kickstarted his journey with a “hey, might as well do it myself, right?” attitude in his junior year of high school, and less than three years later, he got his first management contract.

Today, he is unmanaged by choice.

“I just realized [that] a lot of the things [my friend] did I could do myself,” he said.

Despite starting out on his own and with no professional input, today he is his own manager and producer and is putting out several singles a year.

Saad’s process has evolved to include a simultaneous input of keys and vocal melodies, with lyrical inspiration stemming from lived experience.

His tracks feature complex arrangements of digitally formulated basslines and syncopated beat rhythms that, along with high synth melodies, vocal harmonies, and soft guitar sounds, create an understated yet upbeat atmosphere for his lead vocals to take shape.

“Do You Think About It” is a single that begins with a distinct trilling, punctuated by beats and underscored by a droning. These sounds move into a robotic recording of a voicemail box, which is a poignant, emotional account of a relationship that ended with unmet potential.

His personal favorite song from his own catalogue is “Would U?” because of how it ties in with his roots. It is the most R&B track in his repertoire, and he considers this his “sweet genre.”

“The first song that got me into music originally was ‘Take Care’ by Drake, and that whole album really inspired me and made me want to do this in the first place,” said Saad.

His recent release, “Celebrate,” was inspired by his mother’s third time beating cancer as well as his trip to Kentucky with his girlfriend.

“Standing on top of the roof at this bar called Belle’s in the rain, looking over the city of Lexington … it was just a moment to think about my journey so far,” said Saad.

Overall, though, he rejects a genre-based label on his music, and he said that each track takes shape in a different and unique way.

“Whatever it ends up being, I just let it happen,” he said.

On Nov. 16, Saad is performing in Winter Park at The Barbershop in Hannibal Square. His history with the shop began when Saad hit it off with the owner while getting a haircut.

“He offered me the space as a venue last year. I went to Walmart, got some lights and some talented musical friends and threw a barbershop show,” said Saad.

His love for performing live may even take him international, as his biggest fan base is located in Mumbai, India. His music became popular abroad because his freshman-year roommate, Ahan, introduced it to his friends back in Mumbai.

While Saad is Lebanese, his mother is from St. Augustine, and his desire to stay close to home factored into his decision to attend Rollins.

Despite the travel demands of his work, he ultimately decided to stay at Rollins because of his love for the vibrant Orlando scene.

Saad said, “The biggest source of inspiration for my music would be trying to recreate the feeling I get when songs speak to me personally. Just telling my story and letting it be there for anyone who relates.”