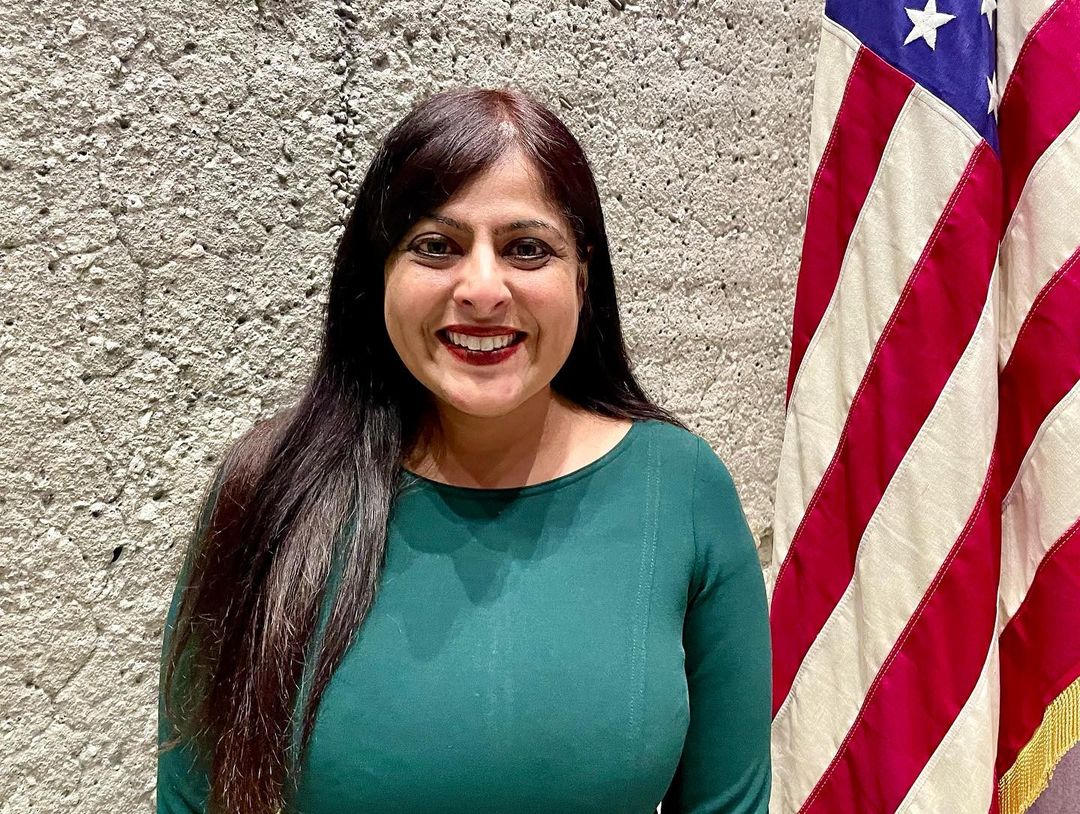 A profile on a candidate does not indicate The Sandspur or Rollins College’s endorsement.

Vaya grew up in Zambia and immigrated to the US in 1990 to pursue her bachelor’s and master’s degrees in healthcare administration at the University of Michigan. In 2000, she founded the world’s first e-commerce website for furniture sales and entered the business world.

“This is what I’m about,” Vaya said. “I’m about thinking outside the box and being creative.”

A few years later, when visiting Winter Park with her son, Vaya said she was instantly attracted to the city.

“Starting from the tree canopies, the natural beauty, the history, the character, the charm—it was love at first sight with this city,” Vaya said.

Vaya has been a resident of Winter Park since 2008. She currently owns Tezz Mobile Solutions, a marketing company based in Winter Park. She also serves as vice president of Orlando’s Indian American Chamber of Commerce and is a member of Winter Park’s Community Redevelopment Agency advisory board.

In 2019, Vaya ran for a commissioner seat on the Orange County Board of County Commissioners to represent District Five in Florida. That September, Orange County’s Democratic Chairman Wes Hodge accused her of eight campaign violations, mainly relating to her appearance at an Indian Independence Day event presented by the non-profit Gujarati Society of Central Florida.

The Florida Elections Commission dropped all charges in November due to a “lack of standing on some points and for lack of information on others,” according to Orlando Politics.

“The political battle over the county’s nonpartisan elections shouldn’t be used as a weapon against good people seeking public office,” Vaya said in a press release published by Orlando Politics.

“[Campaigning in 2019] was a great experience because it was good for me to see if this was something I wanted to do to serve the people,” Vaya said. “Campaigning in Winter Park is so different—when you’re knocking on a door in Winter Park, you get a bright smile and a positive reaction.”

Vaya said her team has knocked on 5,000 to 7,000 doors so far. She expressed gratitude toward her parents, who knock on doors for her campaign every day. She believes that her father’s career as a physician informed her decision to engage in public service.

“I have three generations in my home,” Vaya said. “I have my parents, my son, and myself. […] We all have a different view of what the quality of our lives mean. I’m running for office to preserve and protect those essential qualities that I fell in love with, but also to contribute to the 140-year journey of Winter Park and making sure that we are protecting and planning the future for all generations.”

Since her campaign began, Vaya said she begins her days at 4:30 a.m. to manage her company’s operations. From around 8 a.m., she waves signs with her supporters, manages her campaign’s social media account, and makes phone calls to residents.

“I am beyond proud that I might be inspiring younger girls and women who are culturally challenged,” Vaya said.

If elected, Vaya would be the first Winter Park commissioner with a background in the technology sector.

“Technology is a big part of our future, whether it’s communications or efficiency. With a creative mindset, it can solve many issues Winter Park is facing today,” Vaya said. “[…] With all of the different channels that are available, [technology] should be something that we can do a better job with.”

According to her treasurer’s report, Vaya’s campaign has garnered about $12,200 from 26 individuals between Feb. 5 and Feb. 18, totaling about $49,594 since the start of her campaign. Her opponent, Cruzada, has garnered approximately $3,695 from individuals in the same time frame, totaling $19,000 in donations since the beginning of his campaign.

Regarding Winter Park’s economy, Vaya said she “would like Winter Park to […] create a plan using surveys, with residents and businesses, to see what the direction of Winter Park is in the next five years.” She said she would like to get residents’ input as to what Winter Park’s brand looks like to them.

“During COVID-19, I saw all of my small businesses suffer, as well as myself,” Vaya said. “[…] Not only was I part of it, but I had to be creative with how we were going to get ourselves out of it.”

Vaya said her campaign platform focuses on serving the breadth of age groups in Winter Park, including increasing transportation options and ensuring that parks are usable and practical.

“Something that I am very passionate about is looking at alternatives for our ridership, which might be an autonomous shuttle or 21st century trolley for us to all enjoy. […] How amazing would that be for the older generation and for Rollins students?” Vaya said.

“Anjali gets me excited about Winter Park’s future,” Sena said on Vaya’s website. “Her bold ideas and plans for achieving them are what voters of my generation need to begin caring about city politics and actually come out to vote.”

If she is elected, Vaya said she will establish a youth advisory board, and Rollins students will “see [her] at Rollins in and out all the time.”

When asked for her closing message to Rollins students, Vaya said, “I hope that you remember that I was once you. […] With every decision, if elected, that I’m making, I will always think about how it affects Rollins.”

Winter Park residents can vote for commission Seats Three and Four on March 8. They can find their local polling location here.