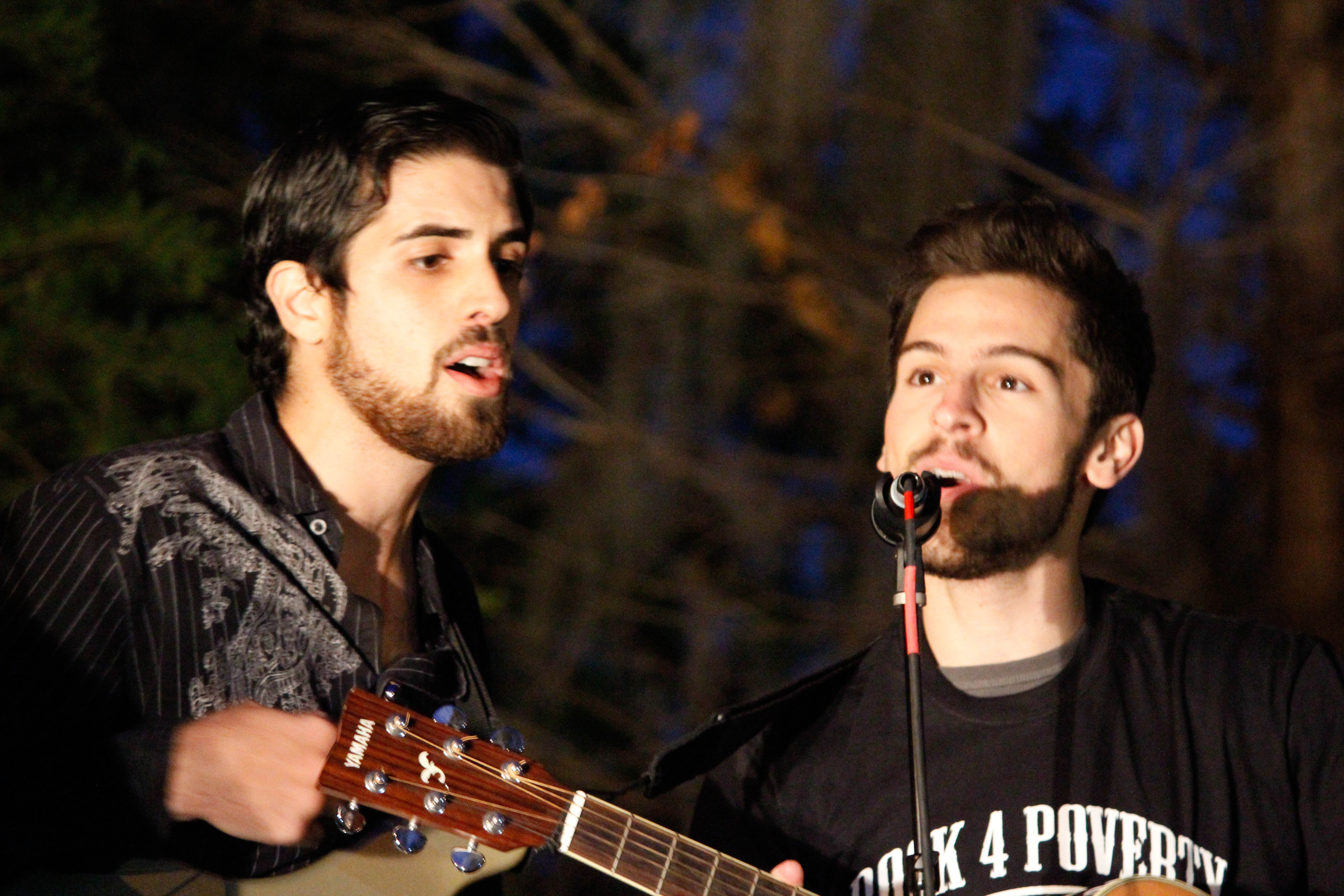 Making Lives Better hosted the much anticipated event Rock4Poverty on March 28. The fundraiser featured local artists who showcased their talents while raising money for service projects in Nepal.

“Rock4Poverty was a huge success! We raised more money than we did last year, over $2,100! And so many people came out to support! It was really great seeing not only familiar faces, but unfamiliar too! Because that means Making Lives Better’s mission and purpose is becoming more widely known and that’s what’s important.” -Erin Brioso ‘14, Co-organizer

“Rock4Poverty was a great experience for songwriters like me to showcase songs that my peers haven’t heard before. A lot of people don’t know that I write my own songs so it was nice to have a venue to show that side of myself.” -Jordan Carlson ‘15, Performer