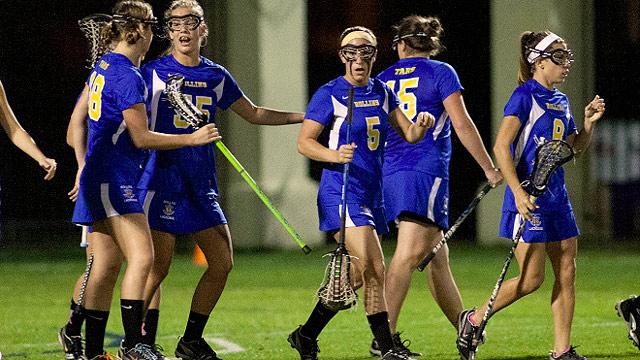 College recruitment has become a rising commonality in the United States as more athletics become recognized for their great abilities. Colleges all over the country scout out the top ranked players from different high schools in hopes of picking the next big star. Contrary to popular belief, college is intended to give students an education and create a path for their futures. In recent years, due to the fact that athletic recruitment has become such a huge phenomenon, there has been much talk about student athletes picking up the slack when it comes to academics. Division 1, 2, and 3 schools are in high demand of student athletes. Not only do these student athletes have to keep up with their strenuous training and build, they have to keep up their grades.

There has been much controversy with college recruits, who in recent years have failed to keep up with their academics. The events that took place at Florida State University in 2006 where 61 athletes were accused of academic violations and were penalized for major violations against the academic honor code is just one example. Men and women’s track and field, men and women’s swimming, men and women’s basketball are just a few of the nine total programs who were penalized due to multiple infractions. It only took one ineligible player to put the entire team at risk. The president of Florida State, T.K. Wetherell was quoted, “We just don’t understand the sanction to vacate all wins in athletics contests in which ineligible student-athletes competed because we did not allow anyone who we knew was ineligible to compete. Our position throughout the inquiry was that as soon as we knew of a problem, they didn’t play.”

This accusation was not taken lightly considering so many students were involved with many counts of academic fraud. In November 2007, it was agreed upon by Florida State as well as the NCAA committee that any students who received “improper help” were to be suspended for at least 30% of the season.

More recently, University of North Carolina Chapel Hill has experienced mishaps as well. Labeled the ugliest academic scandal in NCAA history, the UNC-Chapel Hill scandal trumps the FSU scandal. UNC has had 54 graduating classes to have been purportedly involved in this academic scandal. Students of the UNC college campus have been accused of receiving passing grades for classes that never even existed. Athletes from the UNC men’s basketball and football teams were counted for allowing academic advisors to steer athletes into classes that did not exist. Looking at the men’s basketball team within the past eight years, they have received winning titles in 2005 and 2009. About 67% of the students throughout the past 54 years have been believed to be involved with academic fraud have been athletes. Looking back on records from 2001, a double-sport athlete, Julian Peppers’ transcript was reviewed after evidence of free grades that were merely handed out to him is as shameful as the fact that it was staff that geared him to that route. Because there have been many different counts on so many different accusations, many are unsure what to believe. Looking back on the school now, many alumni are starting to develop a new opinion of the school they once loved.

Marissa Prochaska, a freshman women’s volleyball player, commented, “I know when I was looking at schools, colleges definitely looked at me as a student before an athlete. Even after I had been recruited as a Rollins volleyball player, I still had to get in academically; I had a certain GPA I had to maintain and an ACT score I had to reach.”

Colleges around the nation have always claimed to have put academics before athletic ability and here at Rollins that certainly is the case.
Trey LaPorta, a freshman men’s lacrosse player, stated, “I know academics are what are going to help me in the long run and that is my incentive for keeping up. Training for lacrosse always comes second in my mind.”

Considering the arisen issues regarding collegiate athletes in the past years including grade inflation and giving student athletes “special treatment” I asked athletes their take on these issues. Marissa Prochaska commented, “You’re going to school for academics and not just volleyball. Athletes shouldn’t get special treatment because that won’t help them later.” “Another big test is simply on the athlete’s themselves” , stated freshman men’s soccer player Alexis Martinez, “all students athletes should be able to keep up athletically as well as academically and if they can’t then maybe they should reconsider devoting all of their time to academics.”