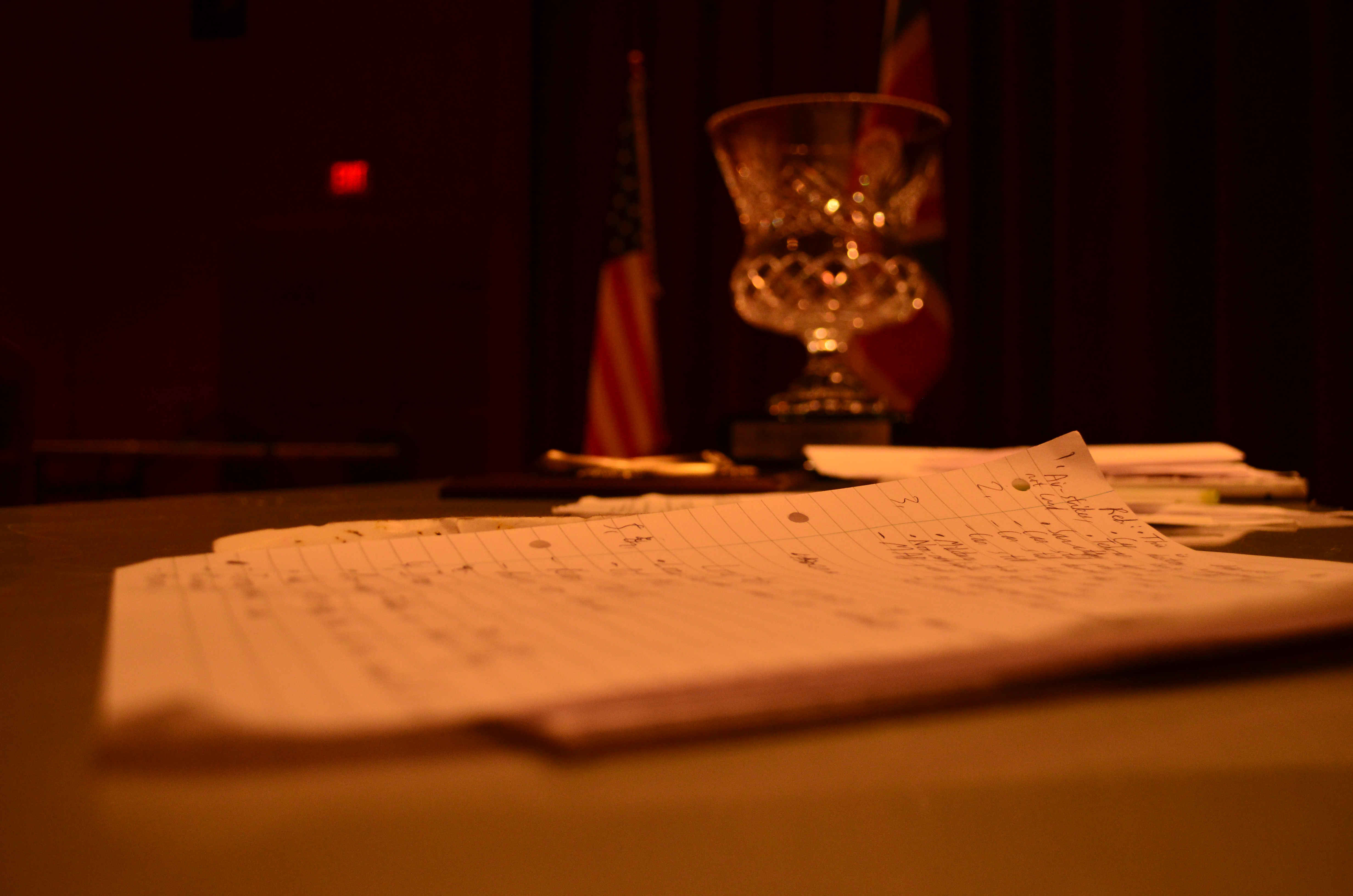 Thursday, April 5 marked an exciting night in Tiedtke Concert Hall, where Rollins Debate Team members  Rebecca Wilson ‘14 and Holt student Melissa Fussell squared off against the Cambridge Union Debating Society’s Matthew Hazell and Alexander Gordon-Brown. The resolution of the debate was, “This house believes there should be military intervention in Iraq.” Debate moderator and Director of the debate team Eric Smaw praised the topic, describing it as “timely,” as evidenced by Hillary Clinton’s recent statement that “time for diplomacy in Iran is running out.”

The topic was also well balanced, with both sides being equally difficult to argue. Each round was met with cheers and applause.

It seemed as though each round concluded with the crowd adopting the debater’s point of view. This was a testament to the debaters’ savvy argumentative skills, and an indicator of a high-quality debate.

Cambridge, arguing for military intervention in Iran, ultimately won the by a slim margin, with three of the five judges voting in their favor. The spirited and competitive natureof this debate only added further to its already high quality.

After the debate, audience member Mario Ferrucci ‘15 spoke about Cambridge’s win. “I believe the Cambridge team deserved to win, not because their arguments were better, but because their debate was better presented and better structured,” he said.  “The addition of comic relief also added to their credibility.”

Despite the loss, Rollins’ debate team has experienced great success over the course of the year, ranking an astounding second in the nation. Smaw stated that he is “extremely proud of the team and what they have accomplished.” Rollins won in a second debate against Cambridge on Tuesday, April 10, on the subject of Florida’s “stand your ground” law.

Those responsible for making the event possible were Rollins’ Vice President and Provost Carol Bresnahan, who gave the opening address; the judging panel, which consisted of Associate Professor of Philosophy and Religion Mario D’Amato, Professor of Philosophy and Religion Margaret McLaren, Lecturer in Communication Greg Cavenaugh, Associate Professor of Spanish Rosana Díaz-Zambrana, and  Interim Dean of the Faculty Bob Smither; moderator Smaw; and finally SGA, co-sponsors of the event.