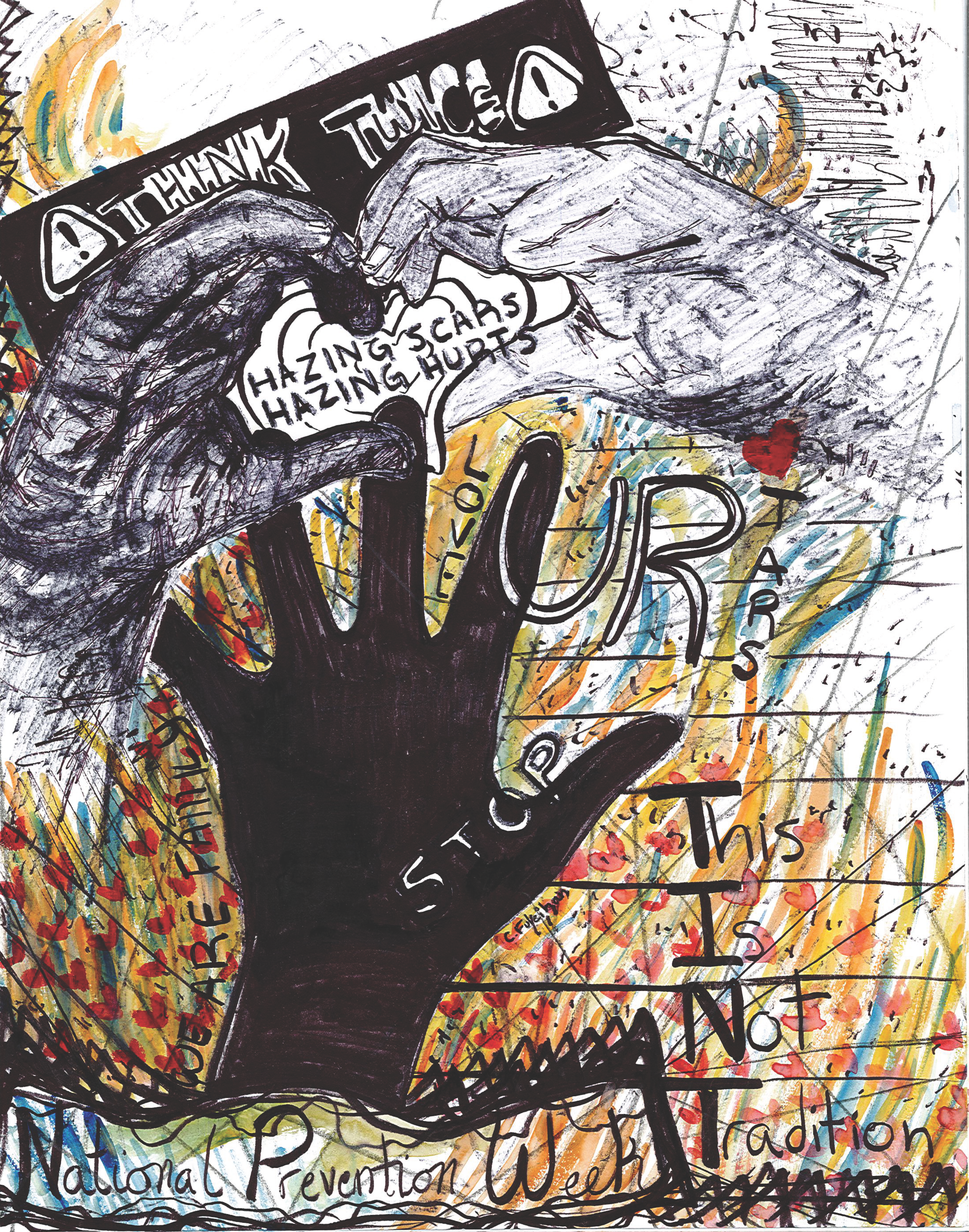 By Christina Fuleihan on October 6, 2015

Hazing. What is it? Why do we do it? But more importantly, how do we prevent it? If one were to ask these questions to the Rollins student body today they would be met with a variety of answers ranging from “what do you mean by hazing” and “what type” to snarky comments about the lacrosse team and indifferent shoulder shrugging; one could even stumble across the occasional “as long as it’s not harmful.”

But, hazing does not need to end in a hospital run to be harmful, nor does it need to engage in almost psychopathic methods of pain and humiliation to be considered hazing. Physiological and mental scars build up, often without anyone realizing it. “It was just for laughs”; “everyone seemed okay with it at the time”; and “it’s tradition” have attempted to excuse some of the most horrific forms of hazing our country has seen—from a fraternity’s “family drink” ritual that cost Samuel Mason his life in 2010 to the horrendous beating and assault on Chen “Michael” Deng in 2013.

Think Lord of the Flies: when some things are set into motion, little can stop the escalation. According to Dean of Arts and Sciences Dr. Jennifer Cavenaugh, there are many cultural influences that lead to this kind of behavior.

“I imagine it has to do with a number of things. A sense that one has to prove oneself to an organization, a sense of entitlement on the part of those doing the hazing, a warped sense of tradition. Though hazing certainly can occur among women, many of these cases involve all male organizations, so I think we need to look at the ways in which we socialize our young men to understand dominance as a marker of status,” she said.

Since 2005, under the Chad Meredith Act, hazing has been illegal in the state of Florida. According to the Rollins handbook and the Florida government, Statute 240.262, “Hazing means any action or situation which recklessly or intentionally endangers the mental or physical health or safety of a student for the purpose of initiation or admission into or affiliation with any organization . . . [including] any activity which adversely affects . . . the dignity of the individual.”

National Hazing Prevention Week ran at Rollins College from Sept. 21 to Sept. 25, but, unfortunately, the number of students who stopped by the booth at the Campus Center were minimal. However, regardless of student attentiveness, hazing is a big concern. Preventative measures must continuously be taken.

According to Dean Cavenaugh, the best means for combatting such behavior include: “specific educational efforts that are not one and done, but that occur on a regular basis. These would help, but probably we need to look at the organizations where hazing occurs and help those members come to the place where they reject the practice because it is not in keeping with the organization’s values.”

In some sense, as they maneuver from friend group to friend group, students are often unintentionally partaking in an extension of social hazing. Being called stupid often enough is demoralizing; idiot and retard are offensive. But, the hard truth is that if one has not been called or called someone else by these or other names, even if it was just a younger sibling or something that slipped out in conversation, they are the outlier. One agrees with Dean Cavenaugh that “student leadership is key here.”

However, the form of hazing that America has long since associated with frat boys and Mean Girls has no place on the Rollins campus, and it never will. From the “Tars Don’t Haze” stickers at the Wellness center to the gigantic banner that adorned the Barker Family Stadium gate the entirety of National Hazing Prevention Week, the message is clear. This is not a community where team spirit equates to anything but a sense of confidence and community.

“The school takes hazing very seriously and will investigate any report of hazing. If evidence is found, then the responsible parties will be taken through the CSR process. If an organization is responsible, then that organization will also have disciplinary action taken. As in all CSR violations, education is a major part of the disciplinary response,” said Dean Cavenaugh.

From team suspension to community service, from probation to court orders, from Campus Safety to the Winter Park Police station . . . the consequences are severe because there have been too many cases where “harmless” hazing has gone horribly, horribly wrong.
So, Rollins Collins urges you to think twice before acting out against your fellow students.