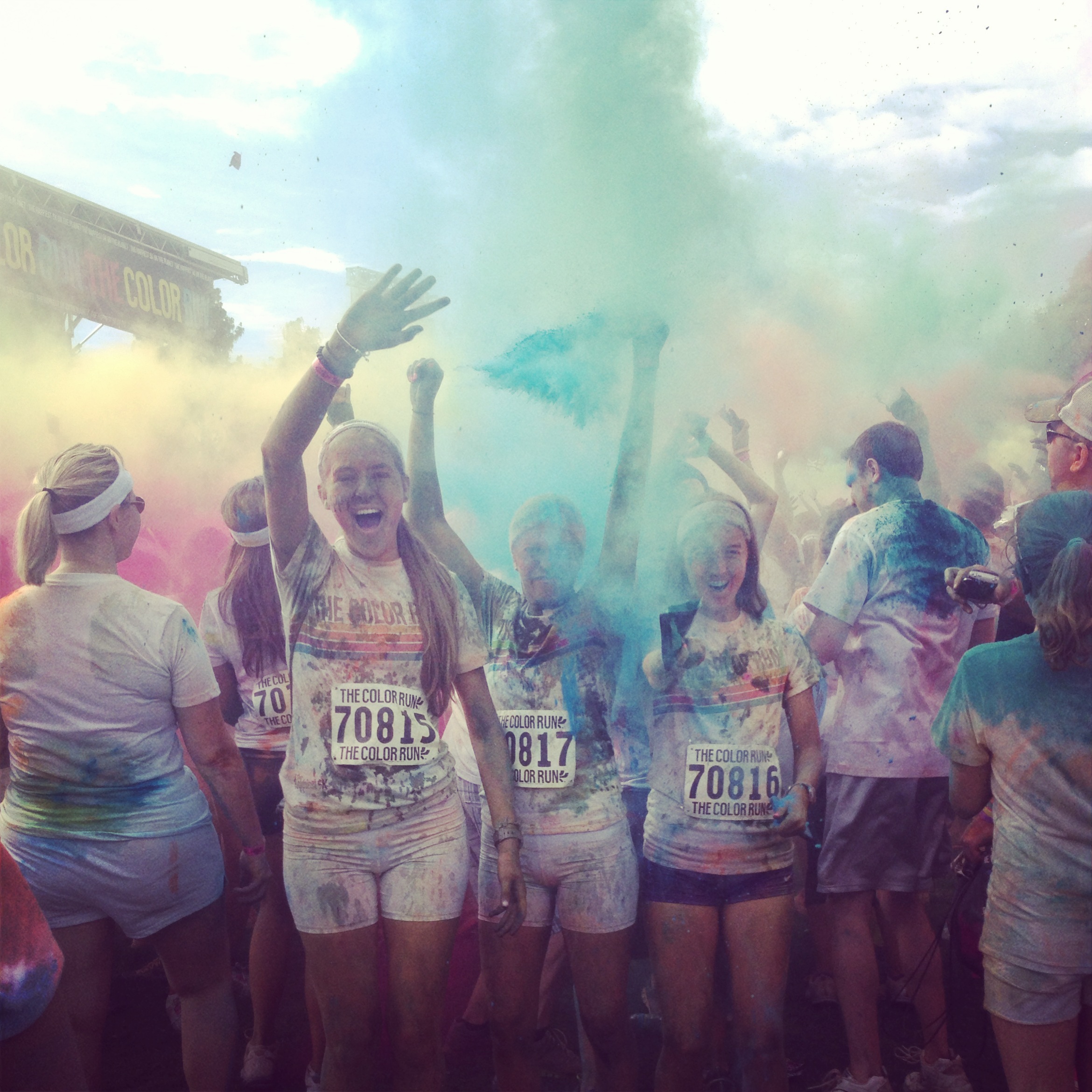 The 5k Color Run took place on September 22 at the Citrus Bowl. Runners began arriving as early as 6:30 am to pick up their color packages containing their shirt, headband, temporary tattoos, and of course their packets of color. Once all of the participants were checked in and decked out, it was time to begin the run. The athletes began lining up at 8:15 am, as music blared to get their adrenaline pumping. As the clock struck 8:30 am, the runners were off. Being a very family-oriented event, the Color Run attracted people of all ages – from children as young as five years old, to elders of 60 plus. The Color Run was certainly an event everyone could enjoy. Taylor White, a freshman at Rollins College, recounted her experience at the Color Run this year; “I had never done one before, so I didn’t know what to expect, but it ended up being a blast. The race itself was super fun and not as bad as anticipated, but afterwards was definitely a time I will never forget. On the main lawn there was a huge crowd gathered and great music playing. Everyone was dancing and every 20 minutes people would throw up their colors creating a cloud of rainbow. My friends and I ended up going on the stage in front of 2,000 people and dancing to the beat of the music; it was honestly one of the best experiences I’ve ever had.”

After three wonderful hours of running, dancing, and getting colorful, it was time to head home. Annie Rubin, also a freshman, shared her struggles with trying to get home – “Well, being that we were all covered in paint, my friend wasn’t too keen about us getting in her car… but we thought ahead and brought towels! Not gonna lie though, it was definitely a struggle to get all of the paint off, but it was no doubt worth it.”

Overall, the 5k Color Run was a great experience! Not only do you feel good about yourself for running a 5k at 8:30 am on a Sunday, but also you are able to get down and dirty and rave to some great music.