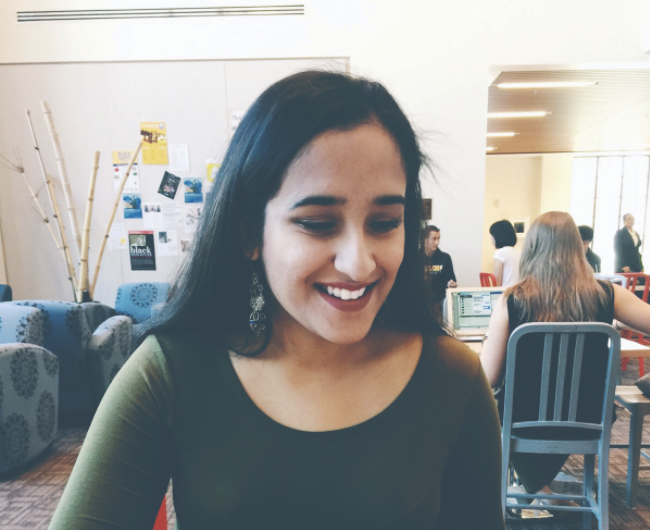 Mariem Tabrez ‘18 is one of many seniors working on her  senior thesis this spring semester. Her double major in Political Science and Psychology led her to research youth civic engagement.

Tabrez concentrated on three questions for her research. First, she considered how youth are redefining civic engagement. Secondly, she compared engagement in the Rollins community to national youth civic engagement. Finally, she measured the correlation between this engagement and votership.

To accomplish these goals, Tabrez administered an online survey open to students in the College of Liberal Arts, Holt, and Crummer programs. Any students were eligible to participate as long as they were between 18 and 29 years old. Many students could recognize her name amongst the litany of emails in their inboxes asking students to fill out a survey.

Tabrez then compared this data to data provided by the Youth Participatory Politics Survey Project (YPPSP), which examines the relationship between new forms of media and youth civic engagement.

YPPSP is actively exploring how technology and media platforms have allowed for the youth population to expand the definition of civic engagement. It partially served as an inspiration for Tabrez’s research project.

Civic engagement is typically associated with activities such as volunteering, signing petitions, or voting, with Youth.gov as one source attesting this.

This current definition of civic engagement does not include the online political activity that youth tend to participate in, such as sharing politically-oriented posts or following political figures on social media platforms.

As such, it is believed that young people are not engaged with their local or national community, because they are not involved in the same way as traditional civic engagement.

Tabrez was also interested in seeing if the programs Rollins puts into place to promote civic engagement and leadership are effective. She hopes that at the conclusion of her research, the data she produces will be able to help guide administration in making improvements towards the realization of the Rollins mission in producing civically engaged students.

The third and final question she focused on was measuring the correlation between youth civic engagement and its end goal, votership.

This was meant to critically question whether the new forms of civic engagement that youth participate in actually gets them to the polls.

“I think that the youth are not significantly less involved than the rest of the population, they’re just caring in a different way.”

To Tabrez, civic engagement should be of a concern in every major at Rollins, not just Political Science. Through her research, she hoped that she will be able to shed light on the topic of youth civic engagement to the benefit of everyone at Rollins.

Among being a double major, Tabrez is also in the Bonner Leaders Program and is Vice President of Student Government Association.

She desired to graduate with Honors in Political Science. However, she did not want to abandon her interests in political psychology. It seemed almost natural that her interests would culminate in a thesis that researched youth civic engagement.