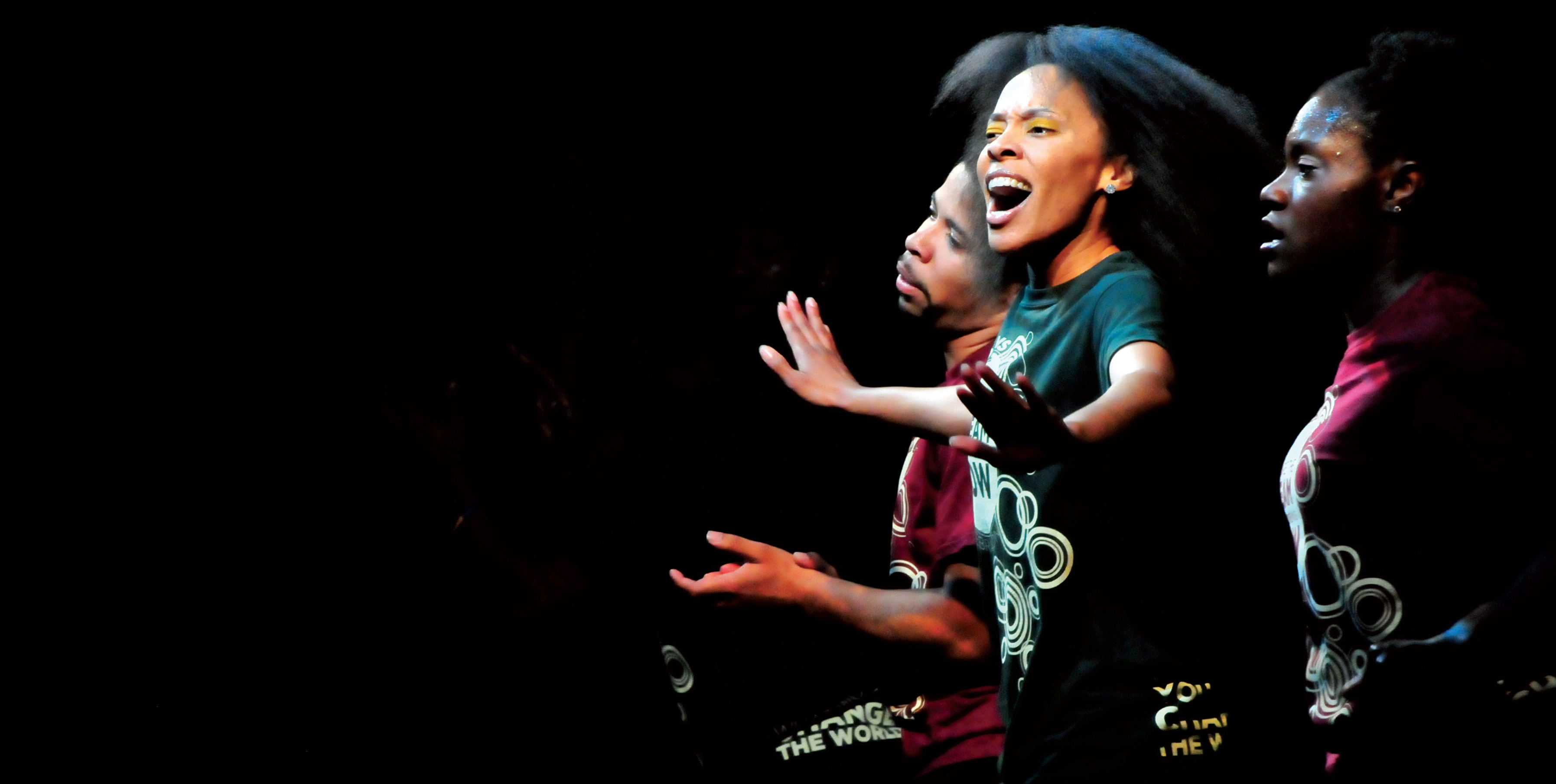 Based out of Washington, D.C., Step Afrika! was founded in 1994 by Brian Williams, a graduate of Howard University, where he first learned to step as a member of Alpha Phi Alpha Fraternity, Inc. The dance troupe combines modern stepping incorporated by fraternities and sororities with the history of stepping and its traditional African roots.

There are 11 artists in the company on rotating schedules, as the show only uses seven dancers at a time. The artists have varying backgrounds in dance, but all have bachelor’s degrees and many were in a Divine Nine fraternity or sorority. Every year, Step Afrika! spends time in Africa, training and exchanging dances with African dance troupes.

The performance started with an electrifying “tribute” step, demonstrating Modern Greek stepping. The artists wore Rollins MLK shirts to show support and solidarity for the MLK celebration. The show also included a step-off between the men and women of the company, illustrating the differences between fraternity and sorority stepping.

Afterward, the dancers chose audience members to come to the stage and learn how to step. Then, the historical roots of stepping came into play, with a traditional marriage ceremony and a South African gumboot dance.

The marriage ceremony incorporated drums, spears and shields while the gumboot dance was more modern, using the rubber boots workers in the mines in South Africa wear to protect their feet.

Overall, the performance was highly energetic and interactive, causing much excitement in the audience, which consisted of over 500 people. The upper level of the gym bleachers had to be opened to seat all the attendees of the event and even more Rollins students sat on the floor.

As special guests, groups from Upward Bound and the Winter Park Community Center were in attendance and performed a dance at the beginning of the program. Step Afrika! had audience members laughing, clapping, stomping and literally rolling with their performance.

When the MLK committee began thinking of a kickoff event for this year’s celebration, Rachel Luce, assistant director of the Office of Multicultural Affairs, remembered the group Step Afrika!

They had performed at the June 2010 National Conference on Race and Ethnicity, which a group of Rollins students, staff and faculty had attended. The committee quickly agreed, excited by the educational and entertaining nature of the group.

Another element added to the night was the presence of Tars Crossover, a nonprofit organization started by Rollins alum Ines Teuma to benefit children in her home country of Cameroon.

The event was a successful kickoff to Rollins’ MLK celebration, combining entertainment and charity to bring Rollins students, faculty and staff together with central Florida community members.