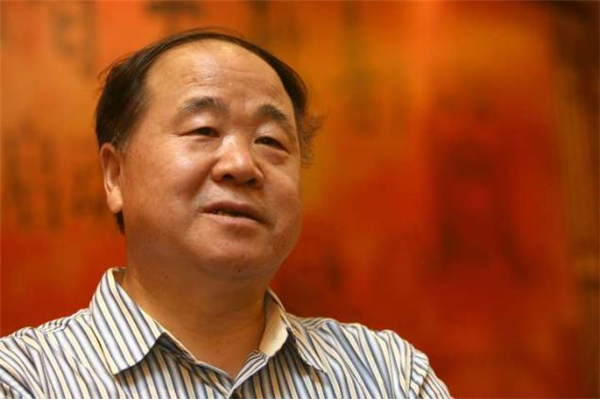 So what’s the big deal? Well, there is no secret of China’s tight-lipped security in regards to internet and media censorship. Yan’s writings target areas in China that usually are not discussed openly, if discussed at all.

This sparked a problem with particular people in positions of who argued his work provided overexposure to issues such as poverty and injustices against women. During the lecture, it was mentioned that his work, ‘Red Sorghum’ (1985; later adapted to a film) was deemed especially controversial by its inclusion of feminist elements. The work was written and started during reform (1978), telling the untold story of China and the desire harbored by its people for a better future. Coinciding with this, the Chinese wanted to read Yan’s works, going as far as purchasing pirated copies, which were not easy to come by.

With his work high in exposure, Yan is still accused of conforming to the Western mindset by falsely fulfilling preconceived notions of Chinese culture. Allegations against Yan include making movies for Western consumption while failing to provide a complete and accurate image of China. Yan’s work is not as much about collective suffering as it is a perspective on personal suffering. For many, his writings symbolize a utopia in modern China.

Yan is openly experiencing what many writers’ in China endure each day: restrictions and censorship. Limits are set on creativity and gaining publicity is not free of difficulties. Yan’s work is raw in exposing pain, confusion of laws, and population control, a likely cause of his noted lifestyle of seclusion from the media and government.

When translated into English, Yan was accused of plagiarizing work: how was it that someone from such a rural and poor life could write so well and successfully? The claims were dismissed as his translator holds much credibility and glory was restored to Yan.

The issues thrown against Yan ignited questions of his literary merit, credibility, and controversy surrounding his Nobel Prize. ‘New China Cinema’ was also brought up during the lecture: characterized by intellectual elitism, the concept disregards for the film market, idiosyncratic mannerism, and artistic experimentation.

As we look to ourselves as writers and readers in America, we can appreciate the freedom of expression and accessibility to content we are privileged with. We are not forced to live in seclusion, or in fear of our own government, or to write strictly in allegories and metaphors, or to publish under pseudonyms, Yan’s translating to ‘Don’t Speak.’ So if you write or read about matters that you enjoy, be proud, be bold, write on.