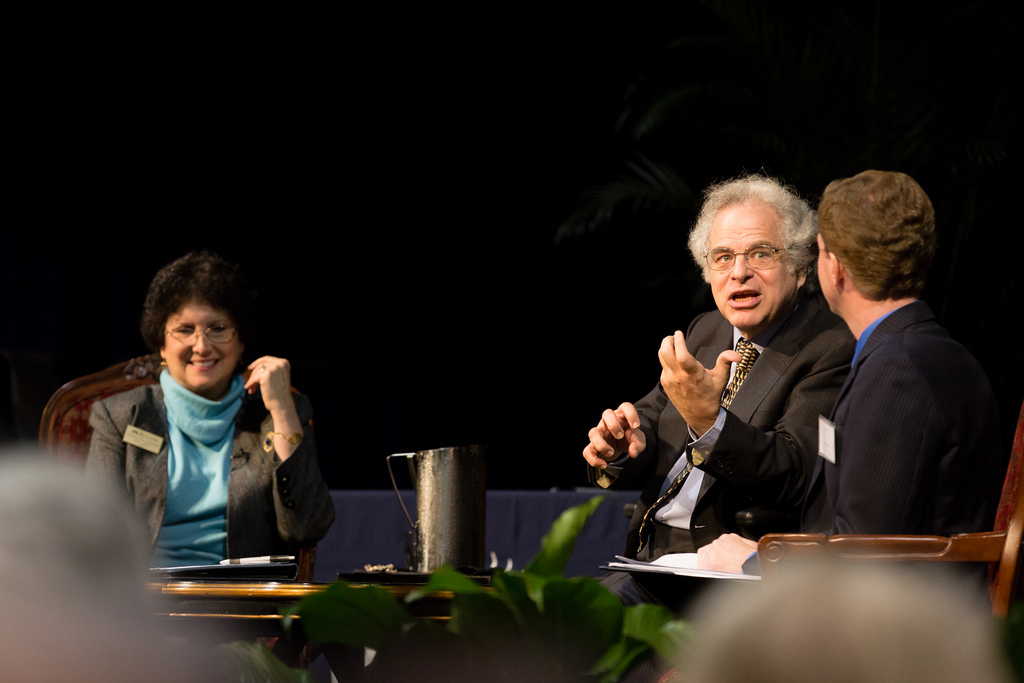 For six years, the Winter Park Institute (WPI) has brought public leaders to the Rollins campus. A preview of this semester’s scheduled speakers is provided below.

Author, educator and daughter of legendary major league baseball player Jackie Robinson will discuss the legacy of her father’s values in sports and in life.  Sharon Robinson is an educational consultant for Major League Baseball, overseeing the character education program: Breaking Barriers: In Sports, In Life. Prior to joining MLB, Sharon had a 20-year career as a nurse-midwife and educator. She taught in such prestigious universities as: Yale, Columbia, Howard, and Georgetown.

Drama critic of The Wall Street Journal and playwright, Terry Teachout will discuss his latest book Duke: A Life of Duke Ellington. Teachout is the critic-at-large of Commentary and author of “Sightings,” a biweekly column for the Friday Journal about the arts in America.

Former Governor of Florida (1999-2007), entrepreneur, and author Jeb Bush will discuss the challenges America currently faces. Bush is the son of former President George H.W. Bush and Barbara Bush. Bush is currently the head of his own successful consulting business, Jeb Bush and Associates, where his clients range from small technology start-ups to well-known Fortune 500 companies.

Academy Award-nominated director Ken Burn is most known for his historical documentaries, which tackle such topics as The Civil War (2001), Dustbowl (2012), and Prohibition (2011). Burns also has several other documentaries underway, including Central Park 5 in 2013, The Roosevelts in 2014, and Jackie Robinson in 2015

Laurie David, producer of An Inconvenient Truth and advocate for environmental issues, will discuss the importance of food, meals, and eating and how these impact our lives. David, a regular blogger on the Huffington Post, has been featured on The Oprah Winfrey Show, Good Morning America, The Today Show, CNN, Fox News and MSNBC. For her first film project since An Inconvenient Truth, David has partnered with Katie Couric to executive produce Fed Up, a feature-length documentary that will examine the causes and impact of the childhood obesity epidemic.

All WPI events are free and open to the public.