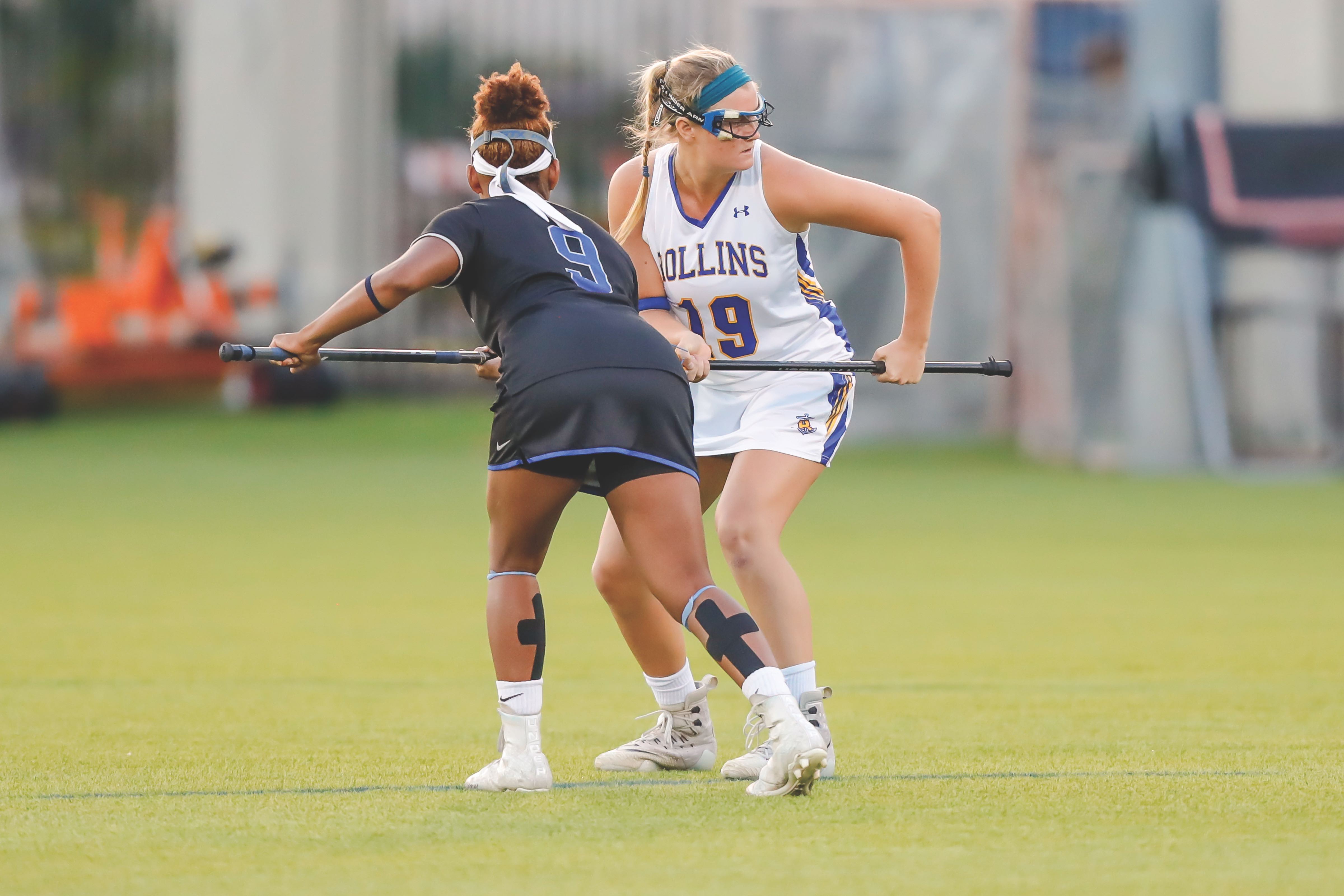 Women’s Lacrosse narrowly loses to No. 1-ranked team in nation

The Women’s Lacrosse team was heartbroken, yet proud after it was 14 seconds away from defeating Adelphi University, the No. 1 college lacrosse team in the country. The Tars ultimately lost to the Panthers when they were forced into overtime.

For Head Coach Dennis Short,  the game reinforced his belief that the Tars can play as equals against the best teams in the country.

“We know Adelphi is going to be one of those teams that is standing in our way of winning the national championship,” said Short. “You’re not going to win a title if you do not have the courage to take on strong teams, and we’re not going to back down from anyone.”

The Tars started out strong, with two goals within the first three minutes and a 4-1 lead by the 10 minute mark. However, the Panthers rallied back enough to get a 5-4 lead. Tactical adjustments from the Rollins bench ensured that the Tars headed into halftime leading 7-5.

The Tars continued to dominate possession in the early second half, reaching a 9-5 lead.

A back-and-forth battle of grit and athleticism ensued, with the game remaining fairly even until its conclusion.

“If you got a 10-goal lead and you let that go, that’s a problem. But a three-goal lead in the sport of lacrosse, against a team like that, is nothing,” said Short.

In a seven minute stretch, Adelphi scored three times in a row, reducing the Tars’ lead to 12-11.

Overtime proved to be merciless for Rollins. The Tars conceded the goal that sealed a game many people felt they did not deserve to lose.

“In 26 years of coaching, there are now two games that I will remember for the level of performance,” Short said. “We had a triple overtime loss in 2013 in the NCAA semifinals, where our kids in the biggest stage played lights out. You always make some mistakes here and there, but the level of play was outstanding. This game is the second one.”

Rollins played outstanding defense, and the offense succeeded in moving the ball and executing their plan against a tough opponent.

The scoreline should not distract from phenomenal individual performances. Hannah Ashton (‘20) scored five goals, Maggie Dougherty (‘20) scored three and assisted one, and Caroline Gastonguay (‘22) went off with four assists, six ground balls, and four turnovers on the day.

After recovering from a physically demanding game, Short presented a challenge to the team to be consistent in future games.

“We showed that we can hang in there with anyone, whether offensively or defensively. Now it’s about developing that championship mindset to play every game like today,” said Short.

Last season, he threw all sports psychology tricks out the window and set the team on one single goal: bringing the national championship to Winter Park.

However, after losing ten senior players last year and transitioning new players within the team this season, the priority shifted to improving performance.

“Last year, it was a really experienced team; this year, it’s a lot of new players stepping into really big roles,” said Short. “I haven’t really talked about it much; we don’t want to put too much pressure on our players. If it happens, it happens.”

This relaxed approach stems from the confidence that Short has in his team’s abilities.

After their loss to the Panthers, Short advised the Tars that they should not be kicking themselves; rather, they ought to walk out of the stadium with their heads up high.

His sentiment persists off the field, as well.

Short said, “We have an average team GPA of 3.57. They work hard at everything. That’s why I’m so proud of this team. What they do out here in the field is what they do in everyday life.”