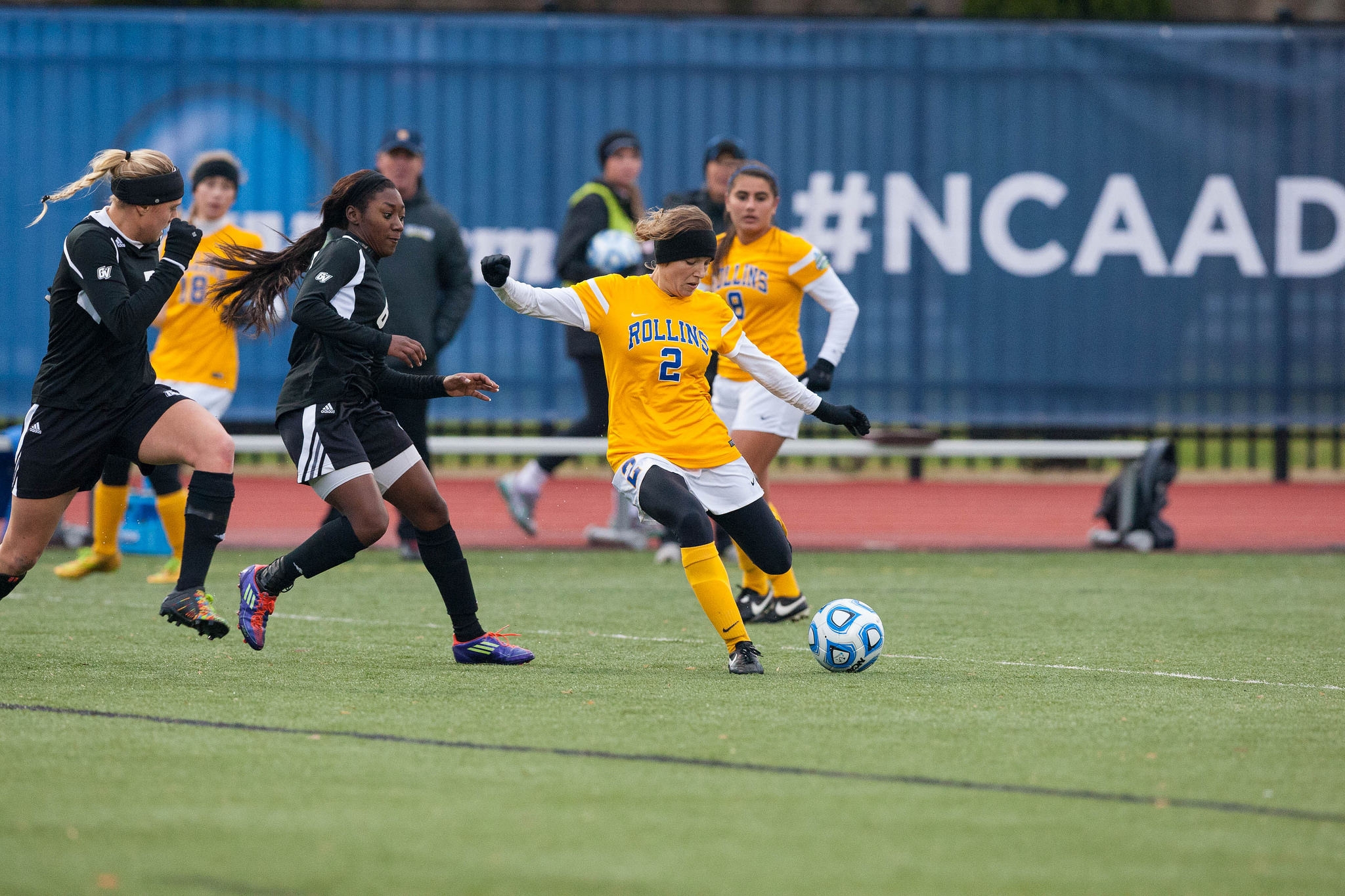 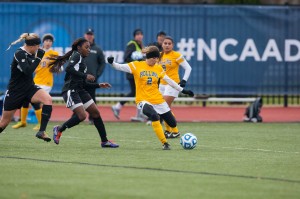 Women’s soccer will enter the 2015 season ranked second in the Sunshine State Conference Preseason Coaches’ Poll. The high preseason ranking results from the Tars successful last season, where we were the 2014 SSC Tournament Champions as well as the 2014 National Runner-up.
Rollins was picked second only behind Barry University, who received 59 total points and 4 first place votes in the poll. Barry has been crowned SSC regular season champions eight times, including the last two seasons. Barry received a one-vote edge over the Tars for first place. Rollins received 58 votes and 4 first place votes.
Saint Leo University is third in the poll with 52 total votes and the final first place vote.

Fall 2014 saw one of the most successful seasons in Rollins history with the Tars earning their second consecutive, third overall, SSC Soccer Tournament and earned a place in the South Regional. Rollins defeated Valdosta State (Ga.), 1-0, and then Columbus State (Ga.), 2-1, to gain advance to the National Semifinal for the first time in program history.
The Tars defeated Colorado School of Mines, 1-0, to advance to the National Championship but eventually fell to back-to-back national champions Grand Valley State, 3-0.
The Tars will travel to Columbus, Georgia, to kick off their regular season on Friday, September 4 in a 5 p.m. match-up against Lee University. Fans can follow all of the action and women’s soccer news at RollinsSports.com.