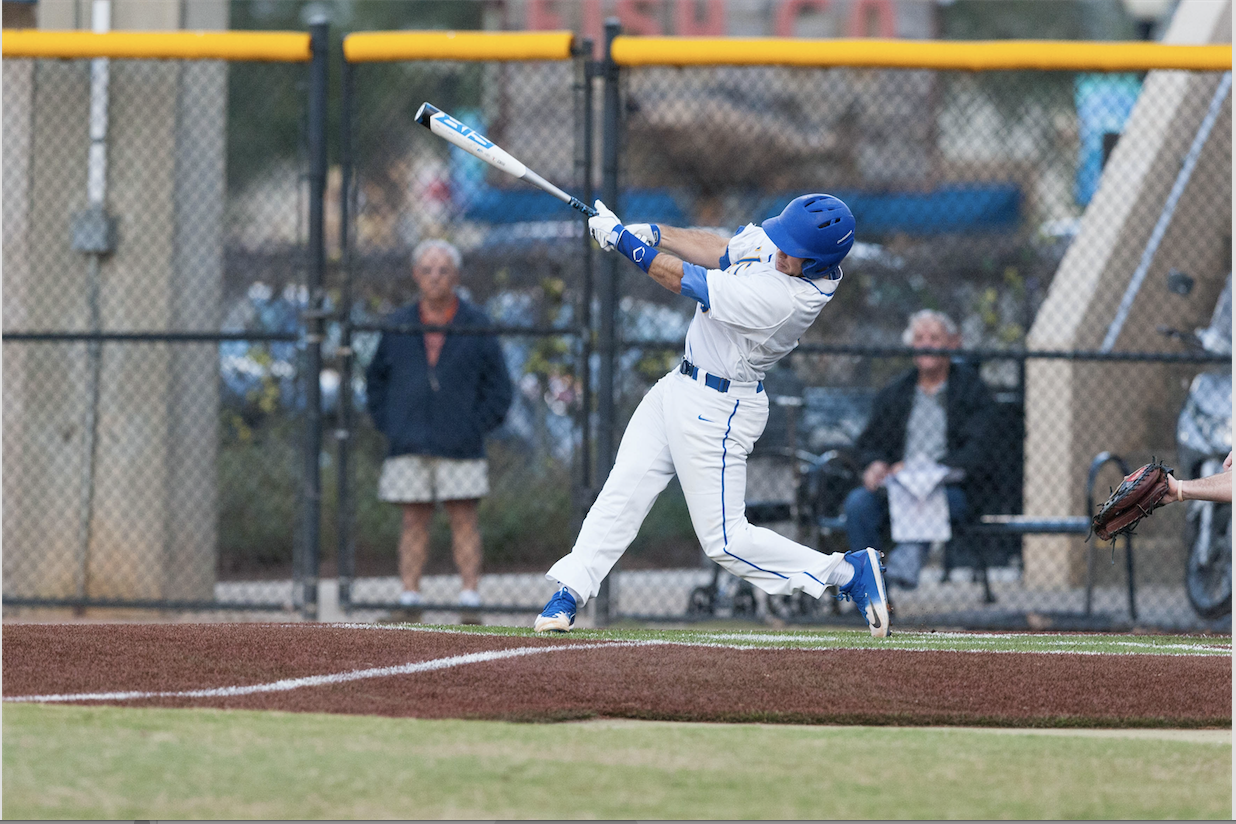 By Paul Schattschneider on February 8, 2018

Between a walk off hit by pitch, pitching shutout, and two grand slams, the Tars used their series 3-0 victory against Young Harris to set the tone for their season, and hope to build on this momentum through determination, stellar pitching, and overwhelming offense.

Game one saw the Tars struggling to get a leg up on Young Harris. The Mountain Lions scored four runs in four innings against Rollins’ starting pitcher Cameron Enck. This left the Tars trailing 4-1 as they entered the 8th inning.

The Tars then showed their ability to grind their way back, scoring three runs in the inning. They tied the game heading into the 9th.

However, the comeback did not end there. After the Mountain Lions failed to reclaim the lead in the first half of the final inning, the Tars seized an opportunity to win the game in dramatic fashion.

With the bases loaded, Bryan Brooker ‘18 stepped up to the plate and was hit by a pitch, which forced the winning run across home plate. With this comeback, the Tars displayed the fighting spirit of a team poised for success in the coming season.

Pitching took center stage in the second game of the series. Right-handed starting pitcher Brad Case ‘19 took the mound against the Mountain Lions and delivered an outstanding performance. Case pitched seven innings, and allowed no runs while on the mound.

Although he did not pitch a complete game, Case emphasized his goal to do just that as the season progresses.

“That’s going to be my goal every weekend for two reasons. It means that I’m pitching well enough for our team to have a chance to win, and it gives us a chance to keep our bullpen arms for the other two games.”

With such a mindset, the pitching staff can focus on delivering quality performances and easing the pressure off of the offense to score more runs.

However, based on the performance of the offense in the final game of the series against Young Harris, scoring runs should not be an issue for Rollins baseball this season.

The Tars scorched the Mountain Lions for 16 runs, en route to a 12-run victory.

The offense was led by Booker ‘18, who tallied two home runs and five runs batted in, while Bryce Peterson ‘19 and Grant Ashline ‘18 each added a grand slam to the run total.

The Tars aim to continue their hot hitting as the season continues, as this could prove to be pivotal in close contests.

After the weekend’s success, captain and pitcher Mike Gaughan ‘18 said that the most important takeaway from the series is consistency.

“It’s just a very long season, and a lot can change over the course of the season, and we just hope to maintain consistency.”

With determination, ace pitching, and hot batting, consistency could prove to be the deciding factor in the Tars’ quest for a conference title and postseason success come May.

The Tars hope to continue their hot start next weekend, as the team heads to Pensacola to take on the West Florida Argonauts for a three-game series that will include a Saturday double header.