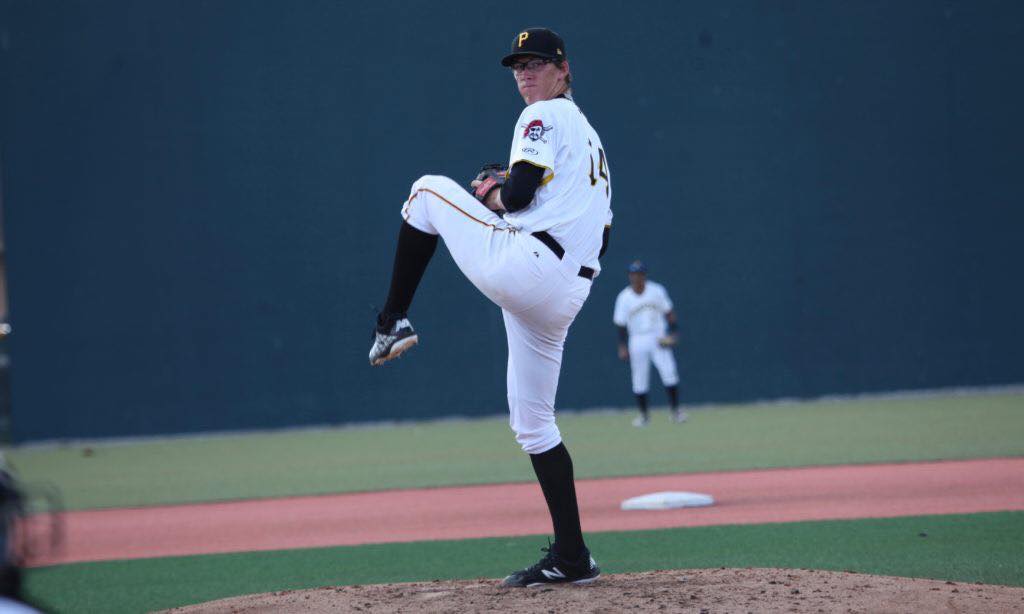 The Pittsburgh Pirates selected him in June as the 10th pick of the 17th round of the draft, making him the 504th overall pick.

“It was an awesome feeling,” he said. “I’m really looking forward to just being given the chance to do what I love to do, it’s that simple. Nothing brings me more joy than getting on the field and just pitching.”

The Pirates, who have posted losing records in the past two seasons and have not reached the playoffs since 2015, hope to see Case work his way through the minor leagues towards an eventual debut in Major League Baseball.

Upon arriving in Pittsburgh and officially signing with the team, he realized how hard he had worked to get to this point in his career. He said, “The culmination of all those practices, workouts and games all came together and led me to being on that field.”

As a 6-foot-7 right-handed pitcher, Case was one of Rollins’ best players last spring. Despite a 5-6 record in 15 starts during the 2018 season, Case managed to lead the team in innings pitched with 96.1, as well as strikeouts with 75.

This ranked him in fourth among all pitchers in the Sunshine State Conference in those innings pitched and strikeouts.

Even though he posted less strikeouts in 2018 than the previous season, Case’s performance was enough to catch the attention of MLB scouts.

While acknowledging his own work towards this goal, he also mentioned how much those around him, specifically in the baseball program, helped him reach his goals.

“Rollins was indisputably a huge help,” he said, emphasizing how much his coaches and teammates assisted him in excelling at pitching. “I especially credit this happening because of Chris Corbett. He really made me believe in myself and I wouldn’t have become the person I am without him.”

Corbett, who currently plays in the San Francisco Giants organization, is a former Rollins catcher and class of 2018 graduate.

“My goal now is to do anything and everything that’s asked of me to help win a World Series for the Pittsburgh Pirates.”

Although he mentioned being ready to fill smaller roles to help the team, Case’s drive and potential may one day lead him into the big leagues.

Until then, Case plays for the Bristol Pirates at the rookie level, where, as of Aug. 1, he had tallied a 4.03 ERA, 22 strikeouts, and three wins within his six appearances.