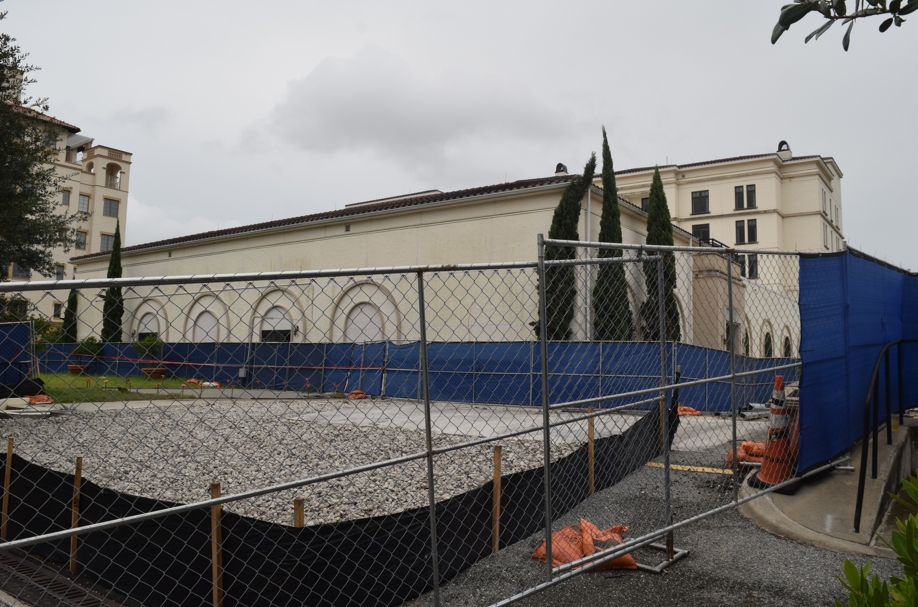 Rollins’s Alfond Inn expansion is underway after a halt in production due to COVID-19.

Since its opening in 2013, The Alfond Inn has been an integral part of the Winter Park and Rollins community and has served as the main source of funding for the Alfond Scholarship at Rollins, which provides several Rollins students with full scholarships.

According to The Alfond Inn’s recent press release,  the hotel will add 73 more guest rooms, a second  pool, a communal cafe, additional meeting spaces, and a state-of-the-art, 12,000-square-foot wellness spa.

Debbie Potter, The Alfond Inn’s director of sales and marketing, said that after its renovations, the Alfond will essentially “open as a new hotel.”

The expansion will also include more space for Alfond Collection of Contemporary Art, which is displayed year-round at the Inn. According to the press release, a new installation this summer includes new acquisitions by artists like Charles Gaines and Shirin Neshat.

Construction for the expansion will persist into 2023, and the newly constructed sites will be available to visitors as they are completed. According to the Orlando Weekly, the expansion will be overseen by The Alfond Inn’s original Orlando-based design team, Baker Barrios Architects.

Potter said that the expansion will alleviate major room shortages, which the Inn has faced in recent years.

“We were essentially turning away business,” Potter said. “The hotel would sell out often due to limited rooms.”

The issue of room shortages became apparent during high-traffic periods for the Rollins community, such as move-in and Parent Weekend.

Not only will the expansion help alleviate the issue of room shortages, but it will also generate more revenue for the college, which will fund student tuitions through the Alfond Scholarship Fund.

Potter stressed that the most important aspect of The Alfond Inn is its ability to provide the opportunity for free education to high-achieving students. As the hotel’s reach in the community continues to increase through this project, so will the college’s ability to provide full aid.