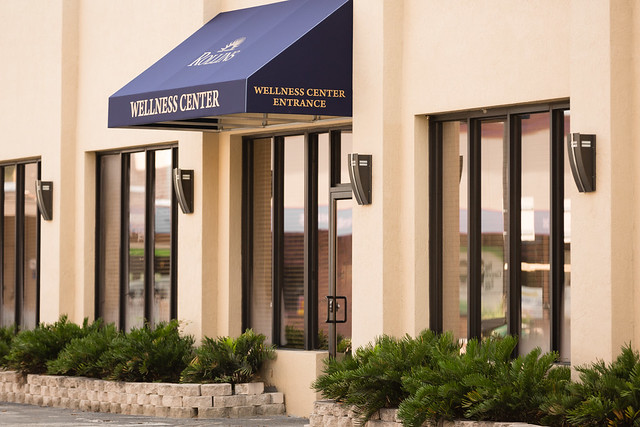 It started with initial stress over everyday tasks—cooking, cleaning, paying bills. It was painful, but it never affected her work or overall ability to function.

When Ryan Marini (‘21) started college, the stress snowballed into crippling anxiety and clinical depression that has forced her to take three medical leaves from Rollins.  “Everything is overwhelming. It’s this intense feeling of waiting for the other shoe to drop for an entire semester,” she said.

Marini’s severe anxiety is centered around grades and exams, stemming from family pressure and the need to be academically perfect. “Every paper is a catastrophe. Every exam is the end of the world,” she said. “My depression is still there, but anxiety is louder. When I’m not at school, my anxiety on a day to day basis is about normal, and small things that don’t feel as cataclysmic. But my struggle with school is grading.”

She enjoys her classes and understands the concepts she learns, but when an exam is placed in front of her, she said it’s as if it’s written in another language.

Even for take-home exams that are open notes and open book, nothing makes sense. The anxiety haunts her, lurking over her shoulder as she reads each question and creeping into her mind. It makes her doubt every answer. One take-home exam leads to an 18-hour breakdown. “The anxiety is crippling. That’s just the way it is.”

Rollins’ Counseling and Psychiatric Services (CAPS) program has played an integral role in Marini’s attempt to maintain her mental health during her rollercoaster-like experience at Rollins. However, the wait times she has faced to see her counselor have also worsened her mental health at times.

Marini started at Rollins in fall 2014 but has had to take three separate medical leaves due to her chronic mental health issues.

During midterm week of her second semester on campus, she had a panic attack that sent her to the hospital. She took the rest of that semester off to focus on her health.

She returned the next fall and began using CAPS after being referred by a professor, something that is becoming increasingly common– from 2017 to 2018, CAPS referrals by faculty and staff increased by 300 percent.

Marini said that at that time, in fall 2015, she had to wait one week to see someone who met her needs. “When you have specificities, it makes things worse. I wanted to see a female counselor, which made things worse,” she said. Her first counselor did not mesh well with her personality, but the second one did, and she has been seeing her ever since.

The next four semesters went relatively well. Marini attended Rollins and used CAPS, but her anxiety slowly worsened. “Usually, it just affected school, but it was starting to affect work as well, which it had never done before,” she said.

Her peers and mentors advised her to take the fall 2017 semester off, but she did not want to lose her housing and on-campus employment. She finished that semester, and started back in the spring again, but this time her anxiety was on overdrive.

“I had stopped going to classes, stopped doing everything, basically,” she said. “My anxiety was so bad that walking across the street to go to CAPS was an effort.”

She made it through that semester, but failed nearly every one of her classes. She knew she had to take time off to help herself. She took her second medical leave that next semester in fall 2018.

This semester, she returned but took a third leave because of how poorly her classes and overall health are going again. During her leave last semester, she got into a car accident that nearly hurt her to the point of disability.

When she returned to campus in January, she tried to make an appointment with CAPS, but because she wanted to see the counselor she spent two years working with, she had to wait three weeks for an opening.

To Marini, having her specific counselor was very important. She spent two years building rapport and history with this woman, and switching to someone else to get in sooner would not have been beneficial to her mental health, she said.  “It’s so important to have a counselor who knows you and knows how to tell you advice the way you need it.”

Marini personally defines a crisis as having no other options, and in that moment, she did not feel she was at that point. Nonetheless, she was still incredibly frustrated and knew that her mental health would continue to deteriorate as she waited.

To counteract the wait, she ended up seeing a second therapist outside of Rollins, someone that she had seen two times during her medical leave; however, they did not have that background information or understanding of who she really was. It just did not satisfy what she needed from a counselor in that moment.

Marini said that CAPS has been an integral part of her success at Rollins and that its resources should be made more accessible for all students. “If I didn’t have CAPS,” she said, “I don’t think I would have made it this far in college. I would have dropped out.”