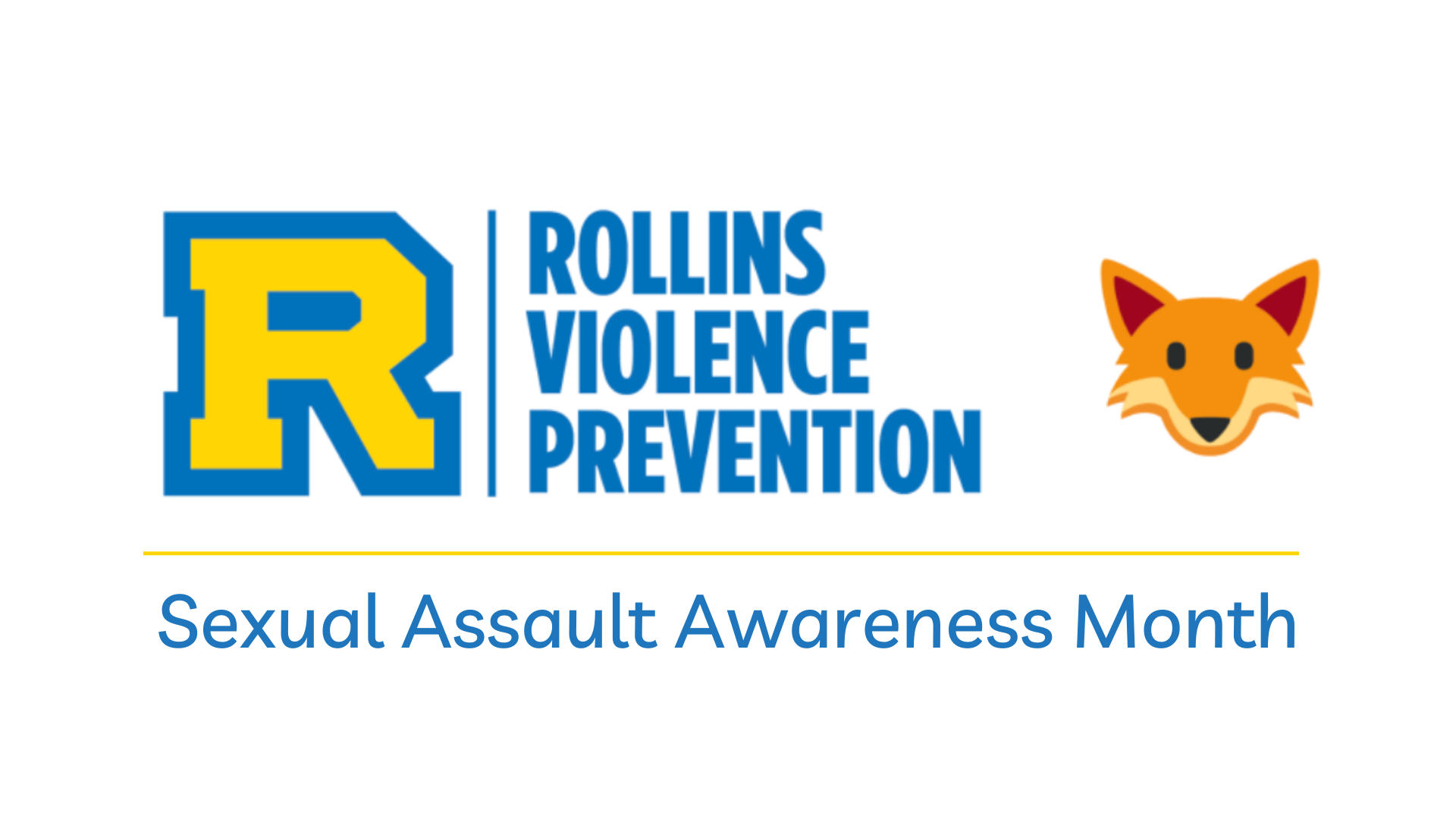 Throughout April, Rollins students, faculty, and staff have been working to promote Sexual Assault Awareness Month on campus.

Rollins Violence Prevention is working to inform students about the importance of sexual assault awareness through a variety of on-campus programming. Headed by Violence Prevention Educator Heather Surrency, the organization provides education and resources to prevent and address “sexual assault, relationship abuse, stalking, and sexual harassment” with the hopes of limiting instances of harassment in Rollins’ students’ daily lives, Surrency said.

On April 7, Rollins Violence Prevention hosted the Campus and Community Resource Fair in the Bush Atrium. According to an advertisement by the group promoting the event, participants learned about violence prevention through “fun, interactive activities” that helped participants “increase [their] sexual assault prevention IQ and express support for survivors.” On April 8, students also participated in an event called “Crafts and Consent” at the Lucy Cross Center, using origami as a tool for understanding consent.

Sexual Assault Awareness Month is a national campaign founded by the Barack Obama administration with the hopes of “lifting the veil of secrecy and shame surrounding sexual violence” and “expanding support for victims.”

Despite outreach efforts, assault is still a serious problem on all college campuses.

An emailed statement from Campus Safety warned that “sexual violence can happen to anyone… and it is not the only crime that can occur on a college campus.” Since April 2021, Campus Safety has notified students of three instances of rape and one instance of sexual assault within campus housing complexes. However, compared to reports from prior years, the campus has seen an overall reduction in the amount of incidents in 2021.

A common theme when it comes to sexual assault and harrassment is the idea that it won’t happen so close to home. During an April 5th speech in Bush Science Center, Jacqueline Bengston (‘23) talked about her personal experience filing a Title IX case against a former professor. Though not organized by Rollins Violence Prevention, the feminist group Voices hosted the event as a valuable reminder of the importance of anti-discrimination outreach.

If a student wants more information about Title IX or needs to report a Title IX incident, they can reach out to Title IX Director Sarah Laake to begin the process.