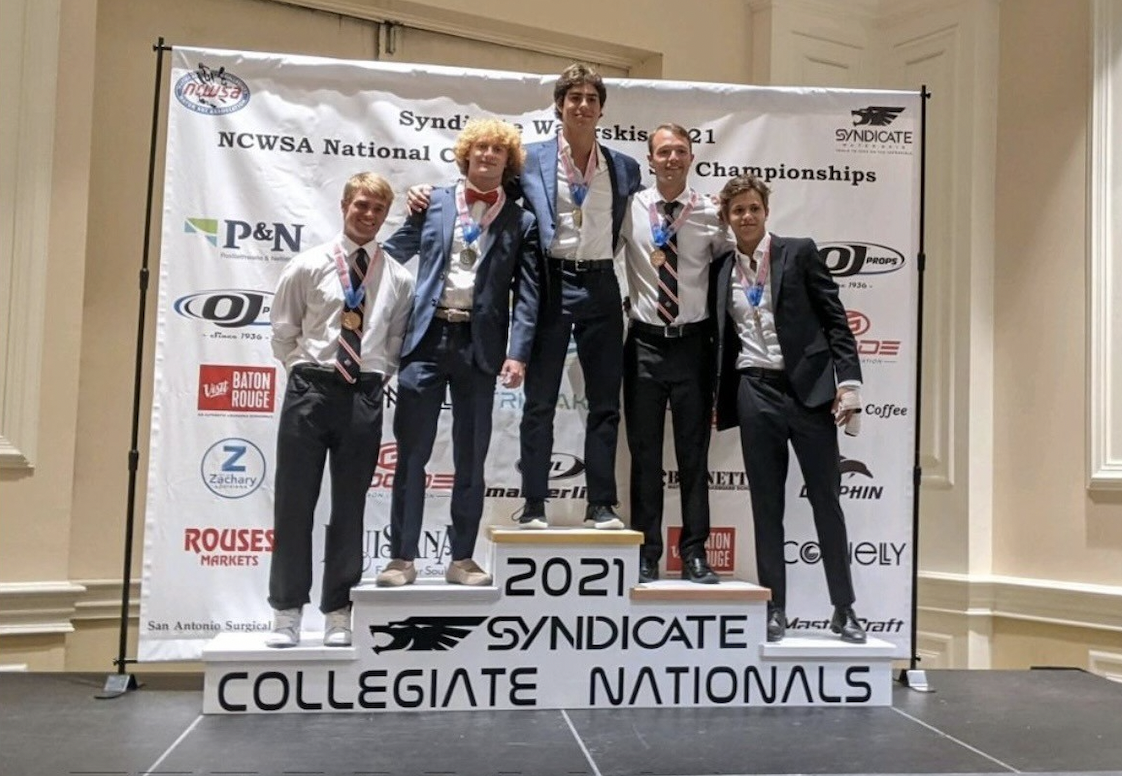 Felipe Franco Belmont (‘25) does not like to sit still for too long. He is the type of athlete who itches to return to practice and perfect his craft. Earlier in the semester, his dedicated mindset paid off, as he won the tricks event at the National Collegiate Waterski Association National Championships.

“It was very fun and exciting to compete in my first Collegiate Nationals. I learned a lot and had experiences I will never forget,” the Peru representative said regarding the flying start to his athletic collegiate career.

But winning the tricks event was by no means Belmont’s first rodeo. His love for sports and competition pushed him to pick up waterskiing when he was only 9 years old. Though talented in slalom and jump, Belmont found his true love in the tricks discipline. At age 17, he decided to go professional.

“I used to train for many hours when I was a kid,” Belmont said. “That is what I believe got me to the place I am today.”

In August, Belmont earned fourth place in tricks at the Under 21 World Championships in Santa Rosa Beach, Fla. The result was particularly impressive since he only had three weeks to prepare following a five month hiatus to focus on triathlon. He barely missed out on a Top 10 finish in the World Championships that took place in Lake County, Fla. in October.

Belmont trained for the triathlon to fill up his free time during quarantine and discovered he had great potential in it. He mostly competes in half-Ironman, olympic, or sprint distances. His goal is to place in the Top Five of his age group in the World Championships next year.

But now that the world is transitioning back to normal, Belmont’s new love is butting heads with his old one. He said, “My biggest challenge is to waterski professionally and train for triathlons at the same time, as it is hard to find time to do both.”

Belmont does not prefer collegiate over professional skiing: “For me, I looked at it as the same. I need to do the same tricks as I usually do when I compete professionally. But obviously, it is harder to compete in professional tournaments because there are more people,” Belmont said.

Belmont’s debut at a World Championship was supposed to happen in Malaysia two years ago. Although he had shown great promise earlier in the season by breaking the International Waterski & Wakeboard Federation (IWWF) World Junior Boys Trick Record, he decided to prioritize his studies instead.

At Rollins, he joins forces with other prodigies such as Neilly Ross (‘23) and Pato Font (‘25), who recently won the trick events at the Panam Games for Team Canada.

Belmont said he is grateful for those who have dedicated time and effort to his development as an athlete.

“I would not single out any particular coach or mentor, but all of them as a whole have impacted my life in a positive way and have made me the athlete I am,” Belmont said. “I am very thankful for all the help they have provided me.”

Belmont is a laid back individual who sees waterskiing as a pleasure, not a chore. But it does not take away from his competitive drive. When asked about his end-goal, Belmont’s response was straightforward: “My dream is to be the World Champion.”