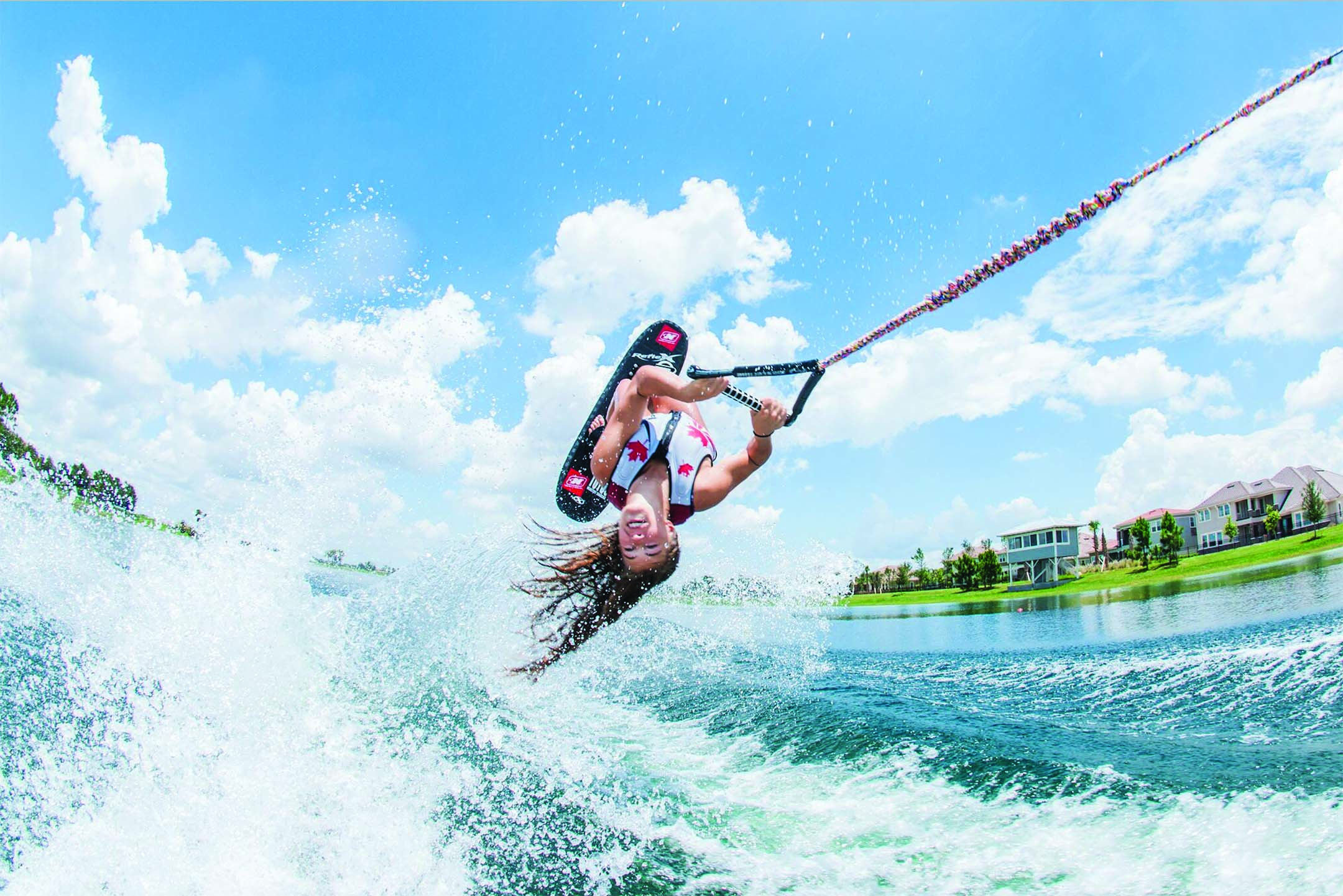 Last week marked the culmination of the waterski season as the Tars headed to Rio Linda, California for the National Collegiate Waterski Association national championships. Neilly Ross (‘23), a world champion from Winter Gardens, Fla. excelled in the tournament.

“Nationals were pretty fun, although I did not ski as well as I wanted to,” said Ross, despite tying for third in the slalom competition and earning fourth in tricks.

Regardless of her impressive results, Ross was not in ideal form when she entered her first collegiate season; Coach Mark Bedsole rested her for the Southern and Atlantic Coastal Regionals.

Following her first pro tournament win at the Moomba Masters in Australia, 2017 proved to be a memorable year for Ross as she earned the International Waterski and Wakeboard Federation (IWWF) Female Skier and Athlete of the Year.

“It’s really cool to get to come here because I can still ski pro, and then also ski collegiately, which is a lot more fun,” Ross said.

Ross is appreciative of the team atmosphere and the Rollins environment, which is not as individually-driven as the pro circuit.

“That was really weird for me, because I was skiing against my biggest waterski idols, literally just standing on the dock with them,” Ross said. “That motivated me to keep skiing more, keep pushing, and get to the level that I’ve gotten to.”

Ross is the daughter of Drew Ross, water ski legend and one of the world’s leading authorities in slalom. As a skier for Team Canada, he collected a multitude of silver medals and national records.

Ross chose Rollins partly because of her father: “I’ve always wanted to come here because my dad came here also, and he was a pro-skier too,” she said.

She appreciates all the things Rollins has to offer, from the beautiful campus to the small classroom sizes.

In addition to her loaded trophy case, Ross holds a myriad of records, including youngest person to trick 7,000 and 8,000 and youngest female to trick 9,000 and 10,000. She also holds the Canadian Open Women Trick Record.

“In my collegiate career, I definitely want to set the women’s trick and slalom record. That is a goal I will go for over the next couple of years here,” Ross said. She added, “I know the team definitely wants to keep pushing to get in the top three, and even try to win a national title.”

Ross kick-started her collegiate career with a double first place in slalom and tricks in a dual meet against Florida Southern. Earlier in the year, she competed in the IWWF World Championships, placing 11th.

The Lady Tars posted impressive scores in the national championships. Aside from Ross’s achievements, Emma Morgan (‘21) and Charlsey Newman (‘23) placed 10th and 11th, respectively, in the overall competition classifications.

Combined with the solid performances of Mia Morgan (‘23), Dar Bejerano (‘23), and Camille Diviak (‘21), these efforts earned the team a fifth place in slalom and jumps, as well as a fourth place in tricks. After combining their rankings, the Lady Tars achieved an overall fifth place.

Although the waterski season formally ended, Ross already has eyes on next year. She spoke for all of the waterski Tars when she said they are always on the lookout to ski better.

“We also want to recruit some more athletes that give us more diversity on the water—more trickers and jumpers and so on,” Ross said.

Ross and the rest of her teammates are determined to work toward the realization of their true potential.