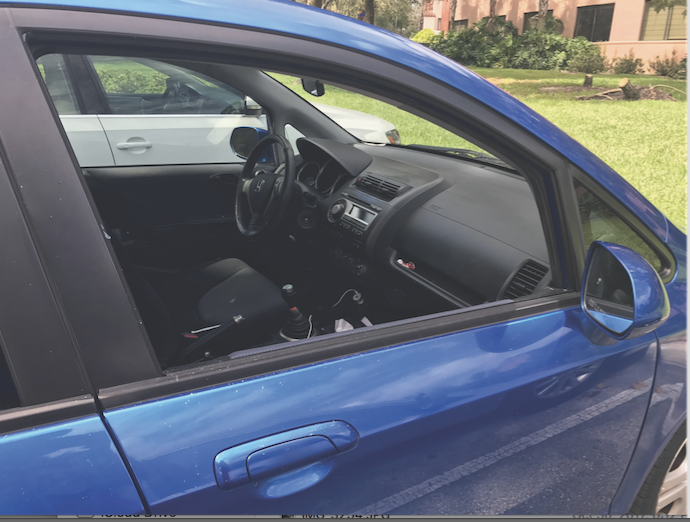 History of Break-ins at the softball field

Members of the Rollins softball team and community have consistently fallen victim to vehicle break-ins since the team started practicing and playing at Martin Luther King Jr. Park in 2004.

The Winter Park Police Department (WPPD) said 17 incidents of criminal activity have been reported in the parking lot over a five-year span.

On Oct. 7, two players had their cars broken into while practicing. Jordan Davis ‘19 and Whitey Foyer ‘20, two transfer additions to the softball program, walked out to their car to find the window completely smashed in, with Foyer’s phone and wallet missing. They reported the incident to the WPPD and Campus Safety. This incident was deemed just one example of a recurring problem at this location.

The details of the incident were outlined in the WPPD’s police report. Davis’s car suffered a smashed window valued at $300. Foyer’s iPhone 7, wallet, and wallet contents were stolen from the front seat of her car, with the total value coming out to $650. Contents included her driver’s license, school ID, and debit card.

The police report also explained that Jo Daniels Russell, a member of the Winter Park community whose car was parked in a nearby parking lot, also had her belongings stolen. The police report stated Russell’s car window was also smashed and her purse and wallet, containing over $350 worth of materials, were taken.

This is an ongoing issue for the Rollins softball team. Members of the team are subject to an added risk of possession theft due to their situation at the practicing field and lack of a locker room.

Typically, the team brings items into the dugout. However, the space easily becomes cramped. Chandler Middlebrook ’18, a member of the team, said, “When we come straight from class we have to put anything of value in the dugout and with 20 girls, it’s not logical.”

The parking lots serves  both the softball team and any members of the community who use the facilities, lacrosse, and soccer field at Martin Luther King Jr. Park.

However, while Campus Safety only has records of three incidents, the players and coach explained that many more have occurred. Because they are off-campus, these break-ins do not necessarily fall under the college’s obligation to report under the Clery Act.

When speaking with the softball coach, Michelle Frew, she shared that this has been a problem since the field opened in 2004. It even happened to her own car five years ago. However, she brought an important perspective to the conversation by sharing that the Rollins team is in a hard spot due to the placement and ownership of their field.

Rollins does not own the land in the Martin Luther King, Jr. Park. They are in an agreement with the city of Winter Park to use the field. Frew said that their field is, “one of the better in the conference,” and they love it, but they are challenged by battles that other schools do not have to face.

For instance, “we can’t do anything without approval from the city.” Last year, the school had to go through the city to get permission to build bathrooms on-site.

To address the crime, Frew commented, “It’s been a problem forever,” that is, “bigger than us, a city problem.” With the softball team being only a fraction of the people who use it, she believed that the city is in the best position to make a change.

However, in attempt to take action, the first step is talking to Rollins; she has had discussions with Campus Safety. Campus Safety is present at all of the team’s games, yet the break-ins have never happened during games. “It happens when we’re right there… practicing.”

Last year it happened to an athlete’s car parked right next to the dugout. Frew said, “[it was] literally parked 20 feet from where we were, but no one heard it.”

The city and Rollins Athletic Department have talked about getting security cameras, but there are none yet installed. Nonetheless, this is the idea that Coach Frew favors.

Frew called this whole situation “disheartening.” She shared, “We don’t want our school to be known for crime, but the girls just want to know that someone is looking out for them.”