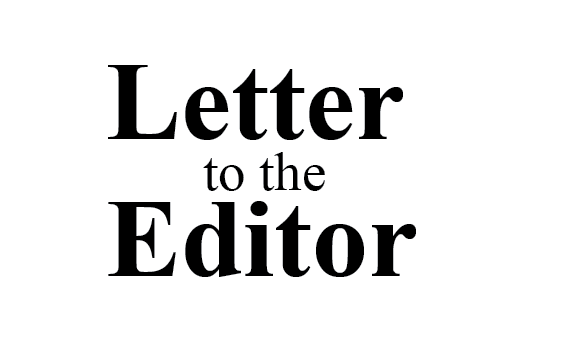 In response to Issue 6

I am writing in regards to a letter by David Matteson published last week in which he was responding to criticisms concerning a past issue of The Sandspur sporting three naked gay men on its cover.

As both a journalist and President of Spectrum, the student LGBT+ group here at Rollins, I was shocked by a great deal of the LBGT-related content within that issue. But I was even more shocked at Matteson’s response to the criticism The Sandspur received because of this content.

In his letter, Matteson wrote, “The artwork utilizes a stereotype of gay men in order for the viewer to quickly and coherently understand the concept. Our intentions were not to offend but to incite the viewer to pick up our paper and read.”

Perpetuating negative stereotypes about any group of people with the sole purpose of inciting people to read your publication is a gross violation of journalism ethics. The fact that The Sandspur realizes that it does this and calls it a victory for the publication is vile. Whether The Sandspur admits it or not, it owes the LGBT community an apology for its obscene portrayal of something as sensitive and personal as sexual orientation and gender identity.

The nature of this paper is to engage readers in intelligent and critical conversations regarding sensitive subject matter. In each issue of our paper we strive to analyze student perspective as they pertain to campus, local, and national news.

To once again reiterate the point of the cover artwork used in Issue 6, the purpose was to reflect a comfortability amongst LGBT students on campus. To shed insight regarding this particular artistic decision, and provide the closure you seemingly need for yourself and your organization, I will happily outline all of the reasons why this work was requested by our executive staff from our talented cover artist:

1. Reader Attention: As I previously stated and you quoted in your letter, we intended the cover to capture the viewer’s eye and entice him or her to pick up the paper. By doing so we purposefully accomplished our overarching goal of engaging the reader in a critical conversation regarding life on campus. We understood that we were utilizing stereotypes to quickly identify with the viewer, which is the nature of art. We simplified an idea to gain the reader’s attention.

2. Commentary on LGBT Stereotypes: When deciding on this particular artwork we brainstormed various cover options. Alternative ideas included men holding hands against a backdrop of Rollins. This did not seem to be an accurate reflection of the article–while the men are holding hands nothing blatantly reflects the concept of comfortability. We began to think about the idea of vulnerability, which led to our discussion of nude men posing on a Rollins balcony. We did not intend the image to be a blatant perversion, and thus we decided to utilize a cartoon artist to purposefully reflect a sardonic and humorous tone. We understood that we were capitalizing on a sexual stereotype of gay men, but nothing about the tone of this art or corresponding story indicates our negative judgment of this community. We take a sardonic position, with a blatant recognition of this stereotype, and the ability to laugh at and think critically about its very existence.

3. Rejecting the Trend of Homonormativity: This justification was actually fully realized after the issue was published, but I feel it is important to address your concerns. We were afraid if we simply utilized photographs of happy gay couples at Rollins, we would be adding to the gross perversion of homosexuality that is rapidly occurring amongst other artistic venues. This cookie-cutter mold of gorgeous gay and lesbian couples that populates advertisements for places like Pottery Barn is just as unrealistic as our cover. Furthermore, these images do not add to the postmodern diversity of the LGBT community, as they simply sanitize this minority. Our cover rejects this popular movement towards a form of homonormativity–or what is considered acceptable amongst LGBT people. As the president of Spectrum we might expect you to applaud our efforts to show the free, vulnerable, and sexual nature of gay men.

Overall, the artwork and the corresponding article celebrate the LGBT community at Rollins. We entice the reader to interact with our paper and respond to the messages critically. We have fulfilled our obligation as journalists and artists. We stand strong as the weekly print provider of “Everything Real. Everything Rollins.” We are the most apt outlet for the student perspective and encourage all students to write and be paid for their contributions. For these reasons, we reject your irrational call for an apology and remind you that we are all on the same side–that of the critical thinker that makes Rollins the strong community it is today.