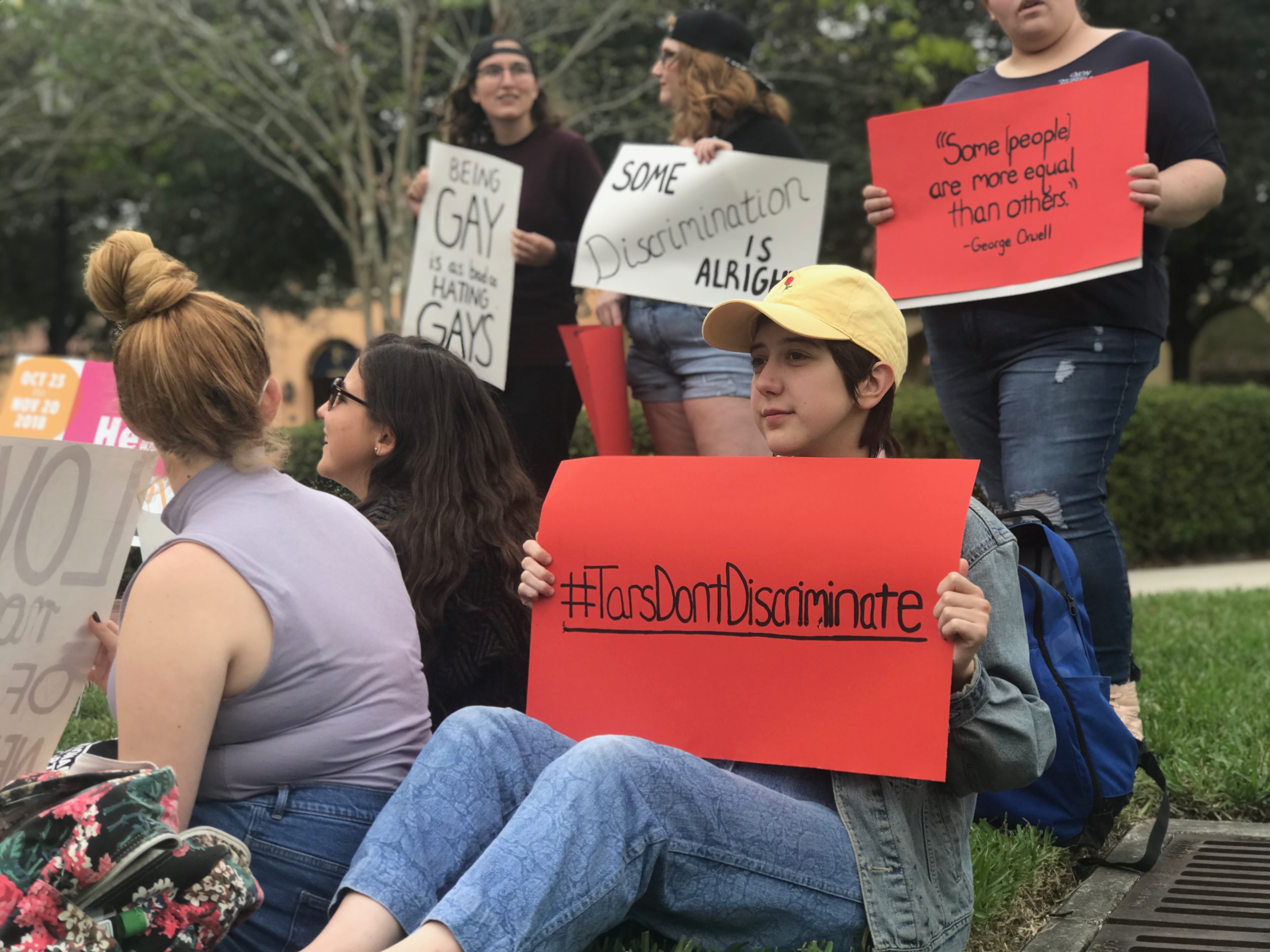 Non-discrimination policy will remain unchanged, no exemption to Cru

President Grant Cornwell announced that the College’s non-discrimination policy will remain unchanged and that religious organizations will not be exempt from following it when selecting student leaders.

“We will keep the current non-discrimination policy unchanged because that is the will of the campus community as expressed by the SGA, the Diversity Council, the faculty of CLA, and the sentiments of ample argument and proclamation,” said Cornwell.

Its application to become a student organization was denied last spring out of concerns that its values could prevent gay students from being campus leaders, which is a violation of the college’s non-discrimination policy.

When Cru’s application was denied, Cru took it to Cornwell.

Members of Cru argued to Cornwell that the non-discrimination policy prevents them from freely practicing their religion on campus. According to the petition that Cru students gave to Cornwell, the members “believe that any and all should be welcomed to actively participate in religious organizations, but that these organizations should rightfully be able to select leaders who align with the doctrines and practices of their particular faith tradition.”

Students in Cru could not be reached for comment on Thursday.

Cornwell considered creating a carve out within the policy that would exempt religious groups from following it during leadership selection; however, he said that he will not do this. “After much discussion, listening, research, and reflection, I have come to view that this approach is flawed and that will not be our direction,” he said.

The faculty erupted into an applause upon his announcement. For some professors, like Dr. Jill Jones of English, Cornwell’s decision was a reminder of why she is proud to be a part of the Rollins community.

“I am very pleased at President Cornwell’s decision to uphold and reaffirm our non-discrimination policy and commitment to its principles,” Jones said. “I believe that going forward we should continue to try to create spaces for civil dialogue and difference of opinion because that’s what defines a liberal arts education. And we should continue to stand against discrimination based on identity, as we have for many years. “

Cornwell expressed that he believes the non-discrimination policy is flawed in certain ways and he said that discrimination currently occurs on campus in different forms, including admission to sports teams, and sorority and fraternity life.

“We don’t exactly follow it in all cases,” he said regarding the policy. “We are currently selectively applying this non-discrimination policy as written and I find that problematic. We do actually discriminate on the basis of gender and stipulate membership on fraternities and sororities, eligibility of athletic teams, and the assignment of most of our bathrooms. I’m not sure we should do these things, but we do.”

While he recognized these issues, he stood behind the consensus of the various college offices and student organizations, including SGA, the Diversity Council, and the faculty, which have recommended that he uphold the policy. This consensus was confirmed for the final time on Thursday when, before Cornwell announced his decision, the nearly 200 faculty at the meeting voted to reaffirm the non-discrimination policy. The resolution, proposed by the English Department, passed with 85 percent in favor of upholding the policy in its current form– 13 percent voted no and three percent abstained.

Moving forward, all processes within student organization leadership selection must be transparent, and only current students who are active members of the organization will be entitled to stand for office. Cornwell said that this will make the process more student-focused, democratic, and less open to the interpretations of national organizations.

“The intent of this change is to empower student organizations to select their own leaders,” he said. “That’s part of what an education for citizenship and a democracy ought to entail– practice with the procedures and principles of democracy.”

To continue the conversation with the campus community, Cornwell will host an open forum on Tuesday, Dec. 4 from 12:30-1:30 p.m. in the Bush Auditorium.

Cornwell’s decision aligns with that of former Rollins president Lewis Duncan, who was faced with a similar deliberation. In 2013, InterVarsity Christian Fellowship, another national evangelical organization, was kicked off campus for prohibiting a gay member from holding a leadership position, which violated the non-discrimination policy. The decision to remove the organization was upheld by Rollins’ board of trustees.

InterVarsity is still at Rollins, but not as a registered organization. Members can be found tabling across the street on move-in day or conducting bible studies in their dorm rooms. They just cannot reserve campus rooms or receive funding.

At the national level, Cru and InterVarsity work closely together. In January, they launched a partnership called Every Campus, which aims to bring organizations to the more than 3,800 campuses that have no known evangelical Christian movements. Their focus is on smaller state schools, community colleges, historically black or tribal colleges, and liberal arts colleges like Rollins.

Cru and InterVarsity’s goal is to have a student ministry on every campus by 2025.

Read more on the issue: