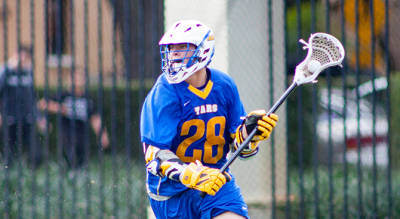 Rollins Improves to 2-0 With Win Over Shorter 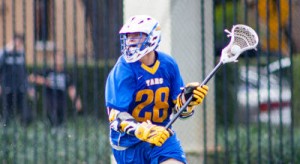 start the Tars off with a 2-0 winning record.

with a dominant 12-7 victory over the Mountain Lions. Carson Buell ‘17 led all scorers,

with a dominant four goals, scoring three in the second quarter. Classmate Jack

Vonarb ’17 paced the offense with a hat trick of his own, finishing with three goals and

an assist. Morgan Baker ‘16 chipped in a pair of goals and an assist with Chris Ross also

registering a pair of scores. Adam Stefanowicz ’16 scored his first goal of the year while

In goal, Thomas Troiano ‘16 played the full 60 minutes for the Tars, finishing

In a quick turnaround less than 24 hours later, Rollins faced Shorter University in

a 1 pm matchup in Rome, Georgia. The Tars spoiled the Shorter Hawks’ home opener in

a 9-5 victory and advanced the Tars to a perfect 2-0 record on the young season.

Nicholas Schultz ’17 led all scorers with three goals, his first scores of the season,

while Morgan Baker chipped in two goals to go along with an assist. Adam Stefanowicz

with five ground balls. In goal, Thomas Troiano improved to 2-0, finishing with five

The win over Shorter ties them for the best start in program history, a mark that

The Tars will travel to Gaffney, N.C. to play Limestone on Friday, February 20th.

Face off is set for 4:00 p.m. with live stats available through links on RollinsSports.com