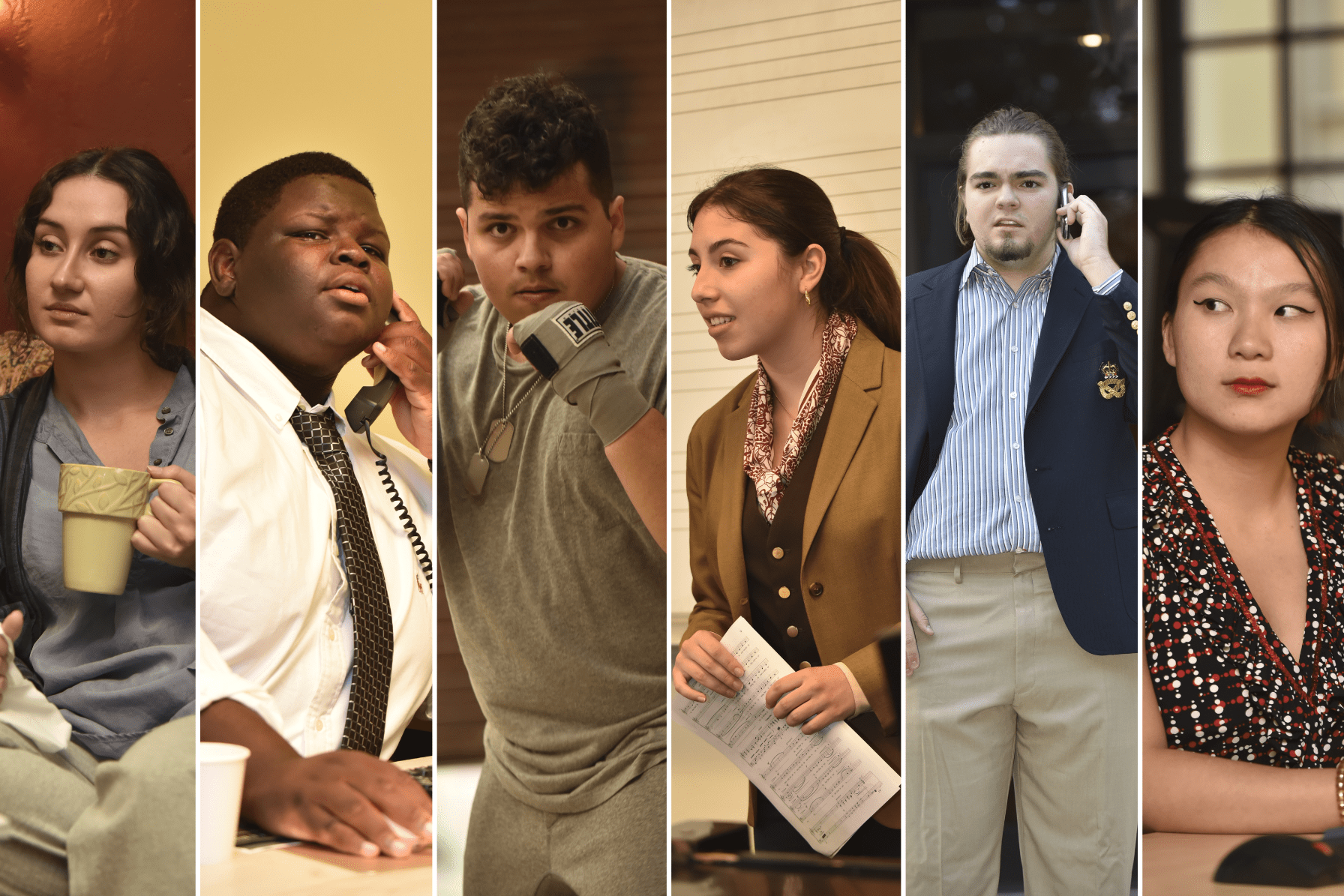 “Water by the Spoonful” tells a story of chosen family

The Annie Russell Theatre is continuing its 90th season with “Water by the Spoonful.” This second and final main-stage production of the semester follows the story of Elliot Ortiz, a former Iraq War veteran who was raised by his aunt due to his mother’s drug addiction.

The play holds a special meaning for all those involved in the production. Juan Cabrera (‘23), who plays Elliot Ortiz, said he “really connected to Elliot’s story.”

“While I can relate to his trauma, I think what really connected me to the role was the love and connections that grew out of that trauma,” Cabrera said. “My mom has always been my rock, she’s the strongest person I know. When I think about who Elliot relies on, and the people who give him the emotional support he needs, I think about my mom.”

Cabrera first fell in love with the play during his “Western Dramatic Literature” course freshman year. When the production was announced for this season, he was thrilled.

Although they are still in the rehearsal phase, everything is coming together for the production of “Water by the Spoonful.”

“This is such an important play to watch for so many reasons,” said Cabrera. “One being this play has the most diverse cast I have ever seen on the Rollins stage.”

“It tells a brutal, raw story of addiction, how it manifests, how it begins, how you can relapse, and most importantly how it can get better,” added Cabrera, “with an emphasis on how it’s an incredibly different journey for all.”

Nick Bazo (‘02), the production’s director, shared the same sentiments: “Something that I think is important about this play is that a majority of the cast are students of color, and I think that is really important for the Rollins community and the theater department to produce plays that, you know, speak to a diverse audience.”

“At its heart [the show] is really about chosen family,” Bazo added.

The play follows two parallel storylines. It is centered around the Ortiz family as they deal with the death of a family member, as well as the online world where Elliot’s mother runs an online chat forum for people in recovery. The play deals with themes of drug addiction, PTSD, and our real-life personas versus our online personas, among others.

“There’s a lot of similar themes about Hispanic communities and roles within minority communities,” said Paula Espinosa (‘25), who plays Yazmin Ortiz. “Nina from ‘In The Heights,’ you know, she’s like the only one who goes to college. She sings a song called ‘Breathe’ about feeling all the pressure. She’s a star, and she has all this pressure to be the perfect child, the college graduate—and that’s basically the same role I’m playing right now.”

The playwright Quiara Alergia Hudes for “Water By The Spoonful” was a composer before she started playwriting and was involved with the music for “In The Heights.”

“I think what Nick has been saying to me is that she sees herself a lot in my character Yazmin,” added Espinosa. “She’s basically reflected in Yazmin and therefore, I think Nina as well because they’re so similar.”