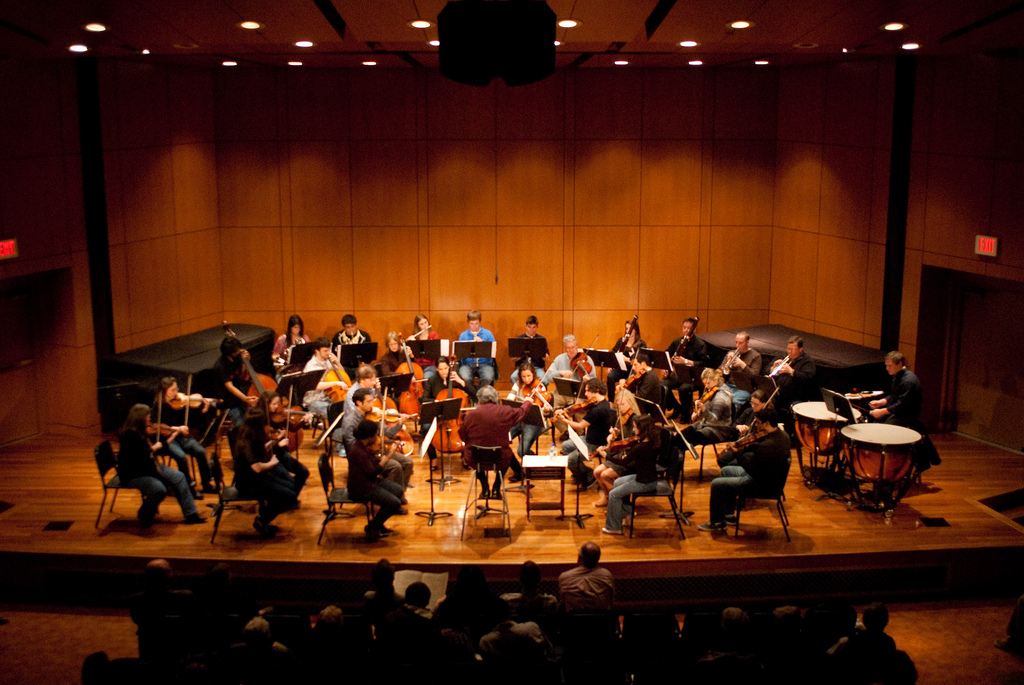 On last Tuesday, Oct. 29, a grand sized crowd gathered together in Tiedtke Hall to listen to the Rollins College Wind Ensemble perform their annual Fall Concert. Along with this though came an astounding and excitable surprise: prior to the Wind Ensemble taking the stage, the Woodwind Quintet was announced as an opening edition to the program performing three astounding pieces including a Tchaikovsky piece.

The harmonies so rich and lush in tenderness massively expound on human emotion.

The Rollins Wind Ensemble, directed by Aaron Lefkowitz, although not popularly known outside of the hall of the Keene Music Building, not only attracted a large audience that evening but a different kind of audience. Amongst the familiar faces of music majors, enthusiasts, and relatives, others were a part of the sharing of great music that night. Of the selections performed, one of the most anticipated selections was Morten Lauridsen’s “O Magnum Mysterium”. The harmonies so rich and lush in tenderness massively expound on human emotion in manners that have yet to be explored by artists and composers of today. The choral text if heard chorally rings in the ears of those familiar with it even when voices are absent. The audience jerked with the piece and swayed in its anticipated recognition. Even greater appreciation was given when it was stated that Lauridsen would be here come the spring semester to work with the Rollins College Music Department. Along with the beauty of this piece another selection of artistry included the music of the Bizet opera “Carmen Suite”, where it was too irresistible to not hum or sing along to the popularized and infamous Habanera (look it up-you know this one!) And who could possibly not fall in love with the Aragonesa movement? So driving and strong- Georges Bizet at some of his finest! Saint-Saan’s Samson and Delilah elicited applause with its arabesque tonalities and unique diverging melodies dancing around the central theme. Beyond these, other great pieces were performed and rang excellently in the hall that elegant night. From the horns, to the solos, to the unfathomed vibe sound in the last piece-everything was absolute fun to watch, perform, and conduct. For all involved it proved to be a great night to listen to great classical and operatic orchestral music in the wind ensemble setting. It was surely a night to remember, and with a new addition to the music department, such memorable performances will continue.