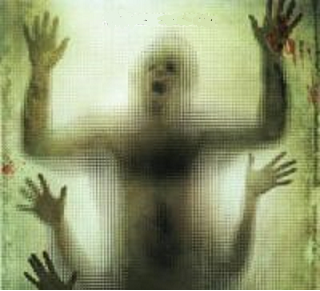 Are You Afraid of the Dark?

Explore Carter’s recommendations for the top horror movies to watch this Halloween.

Insidious (2011): A family’s son becomes a vessel for supernatural possession. Subtle camerawork and unsettling set-pieces make this a terrific thrill ride – one of the better scary movies made in the past decade.

Cabin in the Woods (2012): In what is not your typical supernatural/slasher film story, a group of friends spend their holiday at a… (wait for it) cabin in the woods. Drew Goddard and Joss Whedon’s deconstruction of the shake-and-bake horror film plot was critically applauded and still manages to offer a few good scares.

The Human Centipede (2010): Inspired by WWII Nazi medical experiments, a doctor kidnaps and surgically fuses three tourists together to form a nauseating creature. While the film was initially met with mixed reviews, it has achieved cult-classic status for its excessive gore and disturbing effects. Don’t watch this if you have a weak stomach.

The Shining (1980): In this adaptation of the Stephen King novels a writer works as an off-season caretaker at a hotel with his family and slowly descends into madness. Widely regarded as one of the greatest works of cinematography ever made, this is a must-watch for those unfamiliar with Stanley Kubrick’s directing style.

The Thing (1982): Directed by John Carpenter, this sciencefiction story tells of a group of researchers stationed in Antarctica who discover extraterrestrial life – and shockingly realize that this creature can shape-shift into human form. The psychological horror in this film doesn’t come from the monster itself, but in human paranoia as the researchers become increasingly wary of each other.

The Texas Chainsaw Massacre (1974): A group of friends are viciously murdered by the character Leatherface in one of the first slasher films ever made. Met with wide controversy and even outright banned in some theaters for its then-shocking gore, director Tobe Hooper’s film marked the birth of both a long-running franchise and a unique horror genre.

Scott Pilgrim vs. The World (2010): Based on the comic series by Bryan Lee O’Malley, a young Canadian musician must fight off his new girlfriend’s “seven evil exes” à la video game boss battles. Hilariously parodying pop culture and the indie-scene, this movie is a great way to get your mind off of that supernatural horror you just watched.

Warm Bodies (2013): This post-zombie apocalypse film runs as a purposely blatant retelling of the story of Romeo and Juliet… if Romeo were a zombie. Told from a zombie’s perspective, the film cracks jokes at the stereotypes of common zombie movies and offers plenty of action to distract you from your typical Romero Brothers’ film.

Kick Ass (2010): What starts out as a lighthearted parody of superhero films turns into an exciting story of intense action as an awkward teenager realizes his capacity to become a real-life superhero. Rooted in realistic possibilities, the film offers a unique idea of how difficult it is to be a superhero who isn’t so, well, “super.”