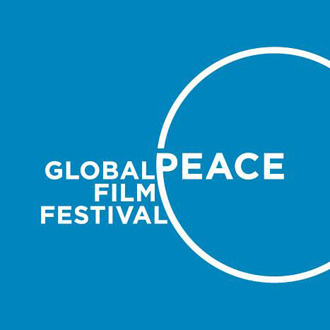 By Heather Borochaner on October 8, 2020

Abbey Autry (‘23), Can Art Stop A Bullet?: Art can assist in putting an end to violence in our world. “Can Art Stop A Bullet?,” a film directed by Mark Street, explores art as a powerful form of communication in our world today. The film follows the creation of William Kelly’s “Peace or War: The Big Picture,” which hangs in the State Library of Victoria in Melbourne, Australia. The art piece is a collage of strategically placed images and drawings, each telling their own stories and converging into a single narrative. During the film, William Kelly, along with collaborating artists and activists, shares the meaning and significance of each work of art included in the piece. “Peace or War: The Big Picture” is not only a piece of artwork, but is also a warrior in the fight for social justice and human rights.

This film brings to light how influential art can be in our society today and how artists are on the front lines trying to create a better world. Street argues that art is able show the naked truth, and, therefore, can change people’s perspective on war itself. If people take the time to view this film, they will be exposed to meaningful art and will maybe come out with a changed perspective on the world. People need to recognize that art plays a key role in world peace, because art can stop bullets from being fired.

Jaydah Curry (‘22), The Great Disconnect: “The Great Disconnect” (2019) directed by Tamer Soliman is a consciousness-expanding and relatable documentary featuring the director, activists, and everyday people. The film will definitely change the way you think about little aspects of your life that can possibly affect your social connection and growth, such as where you live, how long you work, how you choose to spend your time, and how you view your role in your community.

What immediately drew my attention was the monotone singing of the opening song, “The More We Get Together.” While provoking childhood memories, it also stood out as the best song on the soundtrack. The cinematography of the film fits perfectly with the plot and the messages Soliman conveys, but it is also minimalistic, mainly cutting to interviews and moving shots of the location. Nonetheless, the footage is successful at illustrating that no matter the city, town, or state, individuals are plummeting with respect to social connection.

Evie Flaugh (‘22), Peace With Nature in Costa Rica (2019): A few decades ago, Costa Rica was experiencing rapid deforestation, loss of biodiversity, and decreasing water resources. Today, Costa Rica has restored its forests and protected its biodiversity through a deep respect and appreciation for its environment.

Stuart J. Tanner’s film “Peace with Nature in Costa Rica” tells an inspiring story of how the country found a way to protect its natural resources while creating long term benefits for the economy. The film closes with the powerful statement that “the foundation of a great future for humanity is respect, understanding, and protection of the natural world that makes our lives possible.”

The beautiful shots of Costa Rica’s endless variety of species along the coastline and rainforest speak volumes. One cannot help but fall in love with the enchanting country. Tanner does an incredible job of relaying important information in a way that does not overwhelm the audience. Coming from someone who knows little about science, I now have a clear understanding of deforestation, the carbon market, biodiversity, ecotourism, and so much more after watching this film. I immediately felt uplifted and empowered to make a difference in the world and a need to follow in Costa Rica’s footsteps. “Peace with Nature in Costa Rica” shows nature’s profound ability to restore itself if we just understand its strength and give it love.