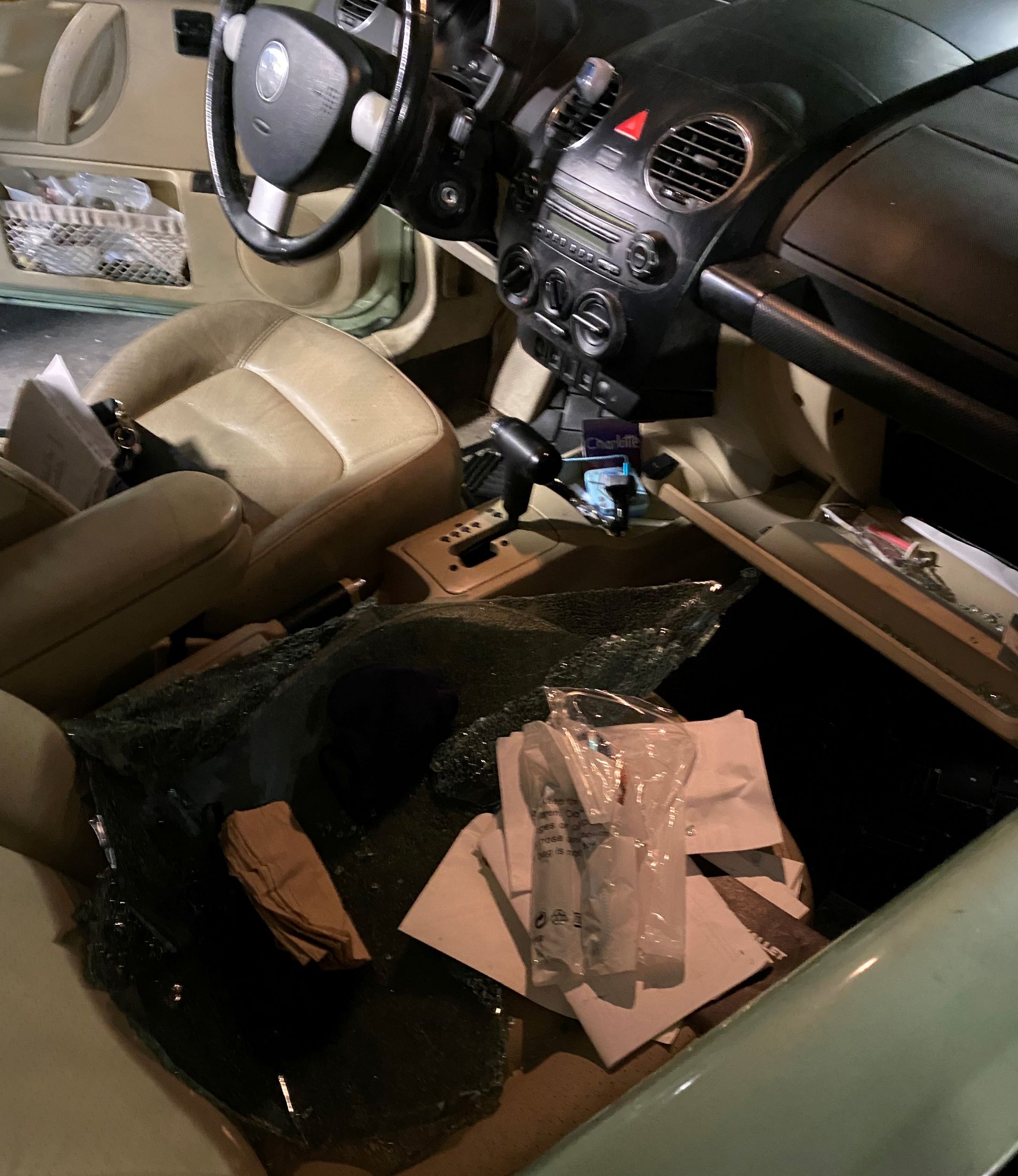 Thirty-three cars in the Rollins Garage were broken into during the early morning of Oct. 3. The incident follows 10 vehicular burglaries on Sept. 29 at the SunTrust Parking Garage, less than a mile away on E Comstock Avenue.

All 33 burglaries took a total of 11 minutes. The cases are defined as vehicular burglaries, or particularly burglaries of conveyances.

Earlier this week at approximately 4:30 am on Sept. 29, five individuals broke into 10 other vehicles in the SunTrust Parking Garage and stole personal belongings in less than seven to 10 minutes.

Based on videos Campus Safety has reviewed, Ken Miller, assistant vice president of Public Safety, said, “We can tell it is the same group of young men that do not appear to be affiliated with the college in any way.”

The identities of the suspects have not been made public at this time, as the investigation is ongoing. According to Miller, Campus Safety is currently following up with law enforcement agencies before identification information is released.

For Charlotte Corporan (‘23), the news that her car had been broken into came via phone call from Campus Safety.

“I had been sleeping, and then I was woken up around 8:30 this morning from a call from Campus Safety, letting me know that there was a break-in last night and one of the cars was mine,” Corporan said.

“I went over to the garage in my pajamas and starting to tear up seeing the multiple cars’ windows smashed and started crying seeing mine. The entire window was smashed with little glass hanging from the top and most of the broken window on my passenger seat with all the documents from my glove compartment scattered all over the seat,” Corporan said.

Zoe Milburn (‘22) learned her car had been broken into at 10:30 am when she arrived at her car to drive to work.

“The moment I learned my car was broken into was the moment I opened my driver side door. I was about to leave for work when I realized that there was stuff strewn about my car that shouldn’t be there and that my glove box was open and rifled through. I then noticed the completely destroyed window. I unfortunately had not received a call from Campo and thus found out on my own,” Milburn said.

As of now, Campus Safety and the Winter Park Police Department are working together to catch the culprits and keep students safe.

“Neither WPPD nor Campus Safety can ensure or guarantee any condition. However, we are working collaboratively, and attempting to add additional resources in the garage to increase security in the garages,” Miller said.

While students should remain vigilant and actively remember to lock their cars, at this time Miller does not believe that the people committing these robberies are trying to create confrontation.

“Safety should always be on our mind. However, nothing points us in the direction of the subjects wanting a confrontation or to injure anyone. Exactly the opposite,  they are trying to avoid contact and are specifically interested in stealing property,” Miller said.

Miller warned that students should secure any valuable items out of plain sight, and to remember to lock their vehicles. He said that the suspects were “looking for quick, easy targets.”

“Unfortunately, things like this could happen to anyone at any time, and some people are just awful sometimes, and all you can do is just be careful,” Corporan said.

If you see something suspicious or have any additional information regarding the investigation,  please contact Campus Safety at campussafety@rollins.edu or the Winter Park Police non-emergency line at 407-644-1313.

Campus Safety has released updated information regarding the Oct. 3 break-ins at the Rollins Garage. The total number of broken-into vehicles has increased from 33 to 38 cars, as additional owners have come forward, noting that their cars had been broken into.

“In the vast majority of circumstances, windows were broken and the vehicle was rummaged through. While we have done several surveys of the garage, specifically looking for damage, it is quite possible there may be a few additional owners [who] come forward in the next day or so,” said Ken Miller, assistant vice president of Public Safety.

Campus Safety has reached out to local law enforcement, asking them to aid in patrols of the garage and the campus as a whole. A third party security vendor will be positioned at each garage from 11 p. m. to 7 a.m. daily. Campus Safety staff has also been asked to pay increased attention to the garage while patrolling campus.

“Campus Safety [is] watching the garage closely at this time and doing their best to work with the police to get the people captured,” Zoe Milburn (‘22).

Winter Park law enforcement has been provided video footage of the incident and will be aiding Campus Safety with further investigation.

As Campus Safety continues to review footage, the number of subjects who committed the burglaries has been clarified to four people instead of five, according to Miller. All four people are estimated to be in their late teens to early twenties.

Footage also clarified that the subjects spent a total of 20 minutes in the garage, longer than the original estimate of 11 minutes. The subjects entered the garage between Campus Safety officers’ two routine patrols of the garage.

“During the initial phase of the investigation, we believed we were able to trail the subjects completely through the garage.  However, now after having a full day to review each camera, we identified additional areas they were in, adding to the overall time. We have now reviewed all footage and have turned it over to local law enforcement to aid in their investigation,” Miller said.

For students who have been impacted, Campus Safety has secured a cordless, rechargeable shop vac that can be lended out to help clean debris leftover from the burglaries. For additional information contact Campus Safety at  campussafety@rollins.edu.