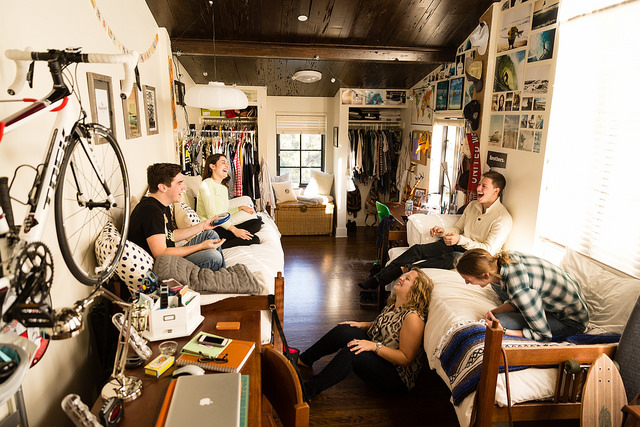 Residential Life and Explorations recently changed on-campus residential hall pricing to be tiered and based on the style of bathrooms in the dorms.

Starting next semester, a single with a private bathroom is the most expensive option, which costs $6,000. Prices lower as the housing option is in less demand and are per person, per semester.

Res. Life teamed up with President Cornwell to create a pricing model that they believe best fits the quality of living students experience on campus. When they first broke the news to RAs, many people had questions about whether this promotes equality on campus.

As of right now, students live on a campus that allows them to work hard academically for a desired room. That does not mean singles, doubles, and triples all cost the same— they do not—but it means that if a student wants a more-private bathroom or newer hall, they were able to work to raise their GPA in order to request housing before those with lower GPAs.

The number of credit hours a student has also factors into when they can choose housing. Of course, those who choose housing after others are less likely to get the dorm and hall of their choice. With these changes, RAs and House Managers, along with other students, were concerned that this would change.

Other students also believed that this could sway some students with a lower socioeconomic status away from the school. There are two reasons this could be an issue. One, it creates class segregation; only those that can afford nicer dorms will be able to live there, creating an atypical gated community. Two, the student simply cannot afford housing on campus.

Senior Director of Residential Life & Explorations Leon Hayner provided some numbers that he believes settles that belief. The highest rate is only rising by $300 to $500, and the least costly room (the triple) is at a 40 percent occupancy rate, so these changes do not look like they will create class segregation or sway anyone away from the school.

With their numbers, Hayner was confident in saying that people on campus find a way to live where they want to live.

Furthermore, these changes only affect people with private and semi-private bathrooms. Hayner explained that the team considering these changes spent time researching colleges within the Associate Colleges of the South as a model to see what works and what does not for schools that resemble Rollins.

Some other students were concerned how these pricing changes will affect organizations like Greek Life and Pinehurst. Like the rest of the campus, rates will go up and down because of the bathroom styles.

For example, Pinehurst is full of singles, and next year their single rate will go down because they have communal bathrooms.

On the other hand, in Corrin Hall, Chi Omega’s house, their rates will be go up slightly because they have semi-private bathrooms. Though the buildings and organizations are similar, the rates will still change because of the differences in bathroom accessibility.

Another major concern was for RAs’ and house managers’ pay rates. They are normally given the same rate as a triple room as a benefit from their job.

For this upcoming school year, there will be no rate change, but in the future it will be based on what kind of room the employee lives in.

Res. Life talked about having the room rate cut by a flat rate, but they are uncomfortable making that change this year.